The district is looking for 91 total new teachers for the 2019-20 school year. by Emma Gibson Tweet 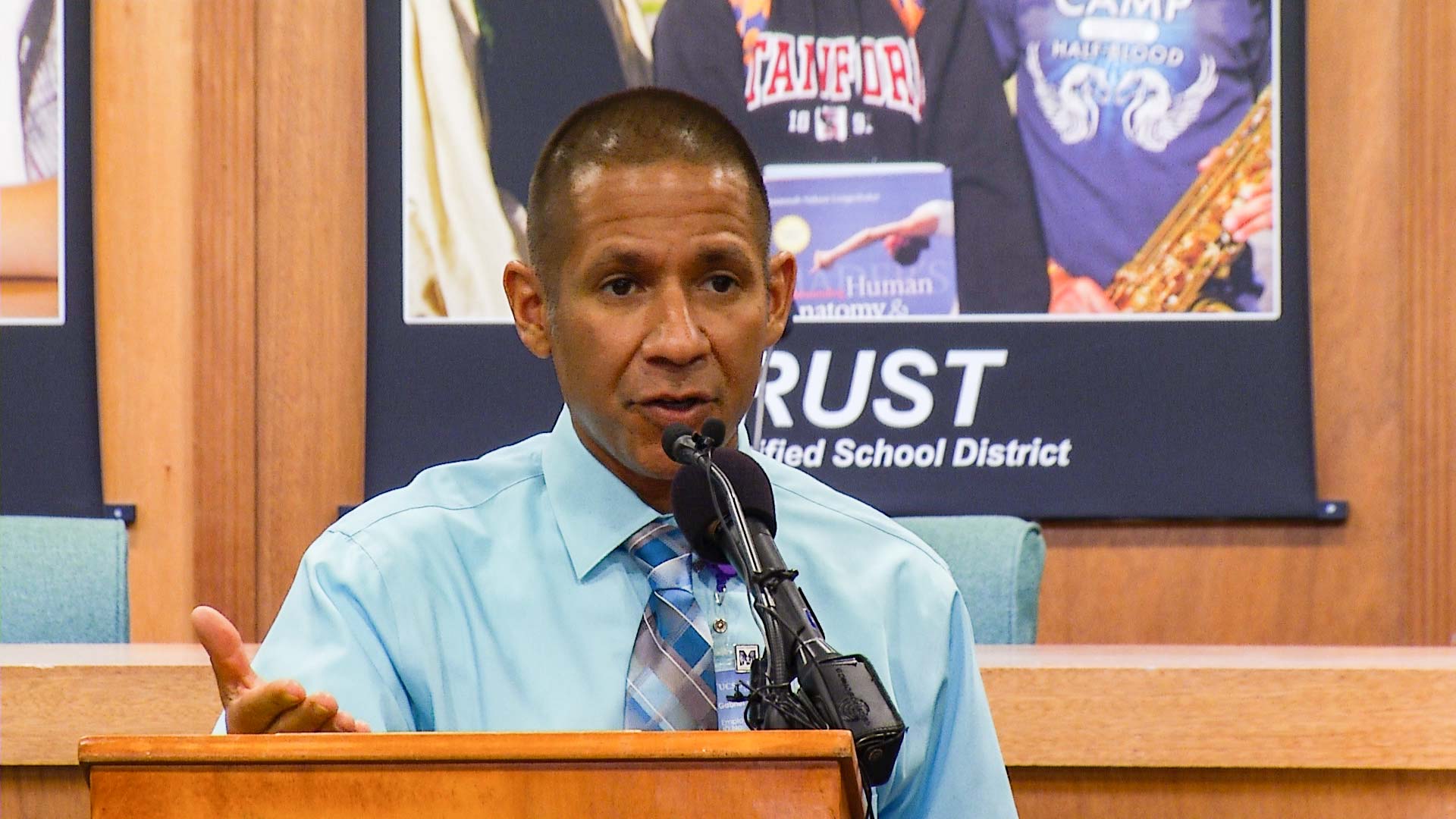 The Tucson Unified School District will be holding a job fair on Saturday in an effort to fill more than 90 teacher vacancies in the 2019-20 school year, 25 of which are special education positions.

Superintendent Gabriel Trujillo on Tuesday said the district identified 91 teacher vacancies for the coming school year. TUSD's head of human resources, Janet Rico Uhrig, said she expects this number to grow in the next month as teachers receive their assignments for the fall.

Uhrig said there will also be 47 support staff positions available. Trujillo said he considers these positions crucial for the success of the next school year.

Trujillo told AZPM earlier this month the district went from 80 open positions at the beginning of the 2018-19 school to 57 in January.

Trujillo said TUSD decided to have its first job fair early in the calendar year in order to attract desirable applicants from fields with small pools of job seekers. Along with special education, TUSD wants to hire people who teach English as a second language, and more STEM-certified teachers.

Arizona Legislator Looks to Make Sex Ed More Inclusive Arizona Education Superintendent: Teacher Shortage a 'Crisis' Automation could leave many Arizonans out of work, study warns
By posting comments, you agree to our
AZPM encourages comments, but comments that contain profanity, unrelated information, threats, libel, defamatory statements, obscenities, pornography or that violate the law are not allowed. Comments that promote commercial products or services are not allowed. Comments in violation of this policy will be removed. Continued posting of comments that violate this policy will result in the commenter being banned from the site.