The court upheld a ruling to toss a law that attempted to bar cities from enacting laws disliked by legislators. by Associated Press Tweet 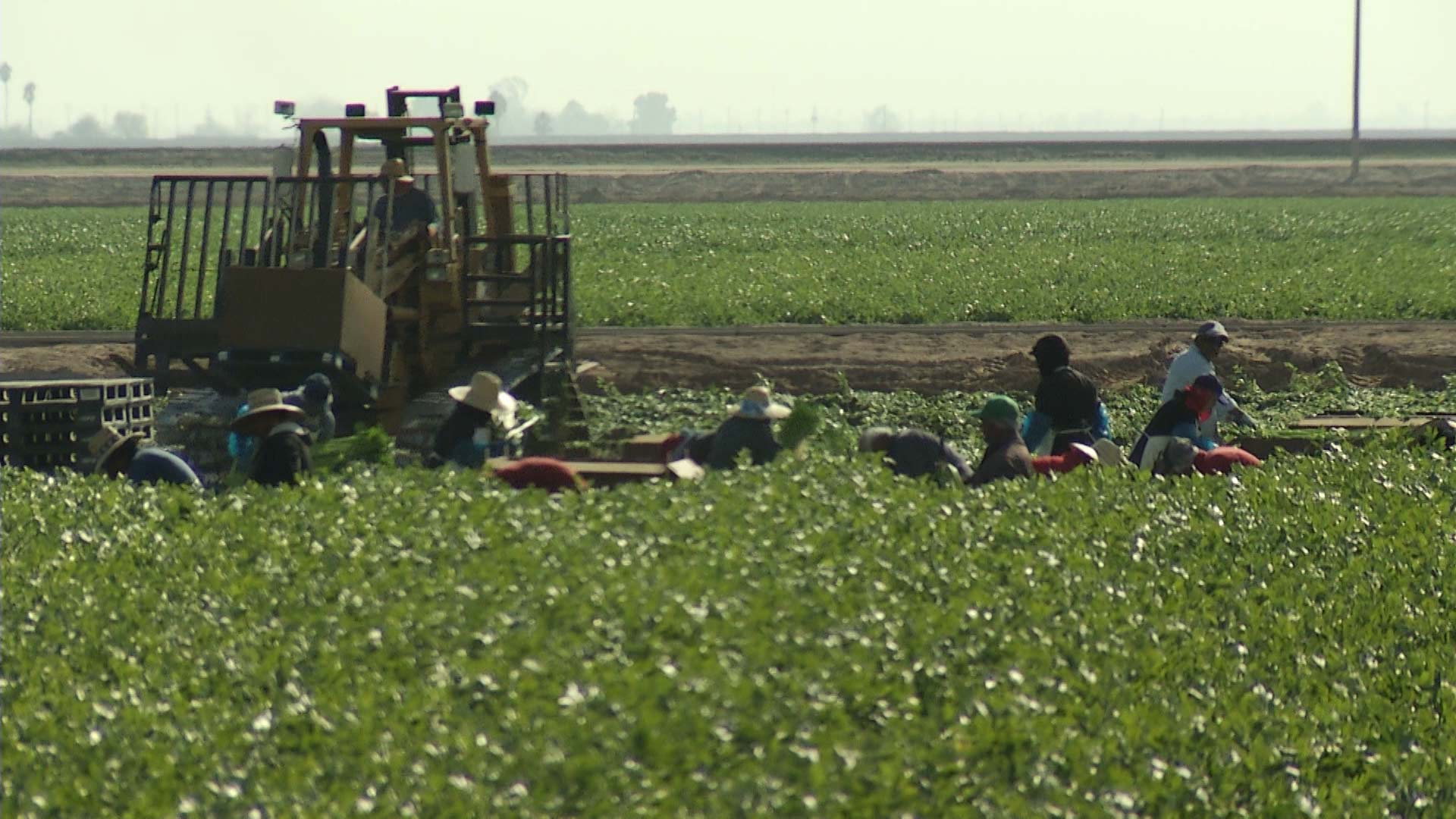 Workers harvest greens alongside farm equipment in the Yuma area in this file photo.
AZPM

The Court of Appeals on Tuesday upheld a ruling by a Maricopa County judge who tossed a 2016 law passed by the Republican-controlled Legislature and signed by Gov. Doug Ducey.

The United Food and Commercial Workers Union and 32 Democratic lawmakers sued. They say the 2016 law illegally overruled a 2006 initiative that raised the state's minimum wage and gave local governments the right to enact higher wages or boost fringe benefits.

It was an example of state lawmakers trying to bar liberal-leaning cities from enacting laws they don't like. The judges say their effort violates the Voter Protection Act, which restricts when lawmakers can change voter-approved initiatives.

Arizona Senate Democrats force vote on gun background checks Republican lawmakers propose expanding state court of appeals Lifeguard shortage leaves some Tucson pools closed
By posting comments, you agree to our
AZPM encourages comments, but comments that contain profanity, unrelated information, threats, libel, defamatory statements, obscenities, pornography or that violate the law are not allowed. Comments that promote commercial products or services are not allowed. Comments in violation of this policy will be removed. Continued posting of comments that violate this policy will result in the commenter being banned from the site.