The demonstration downtown was one of dozens around the country. by Steve Jess Tweet 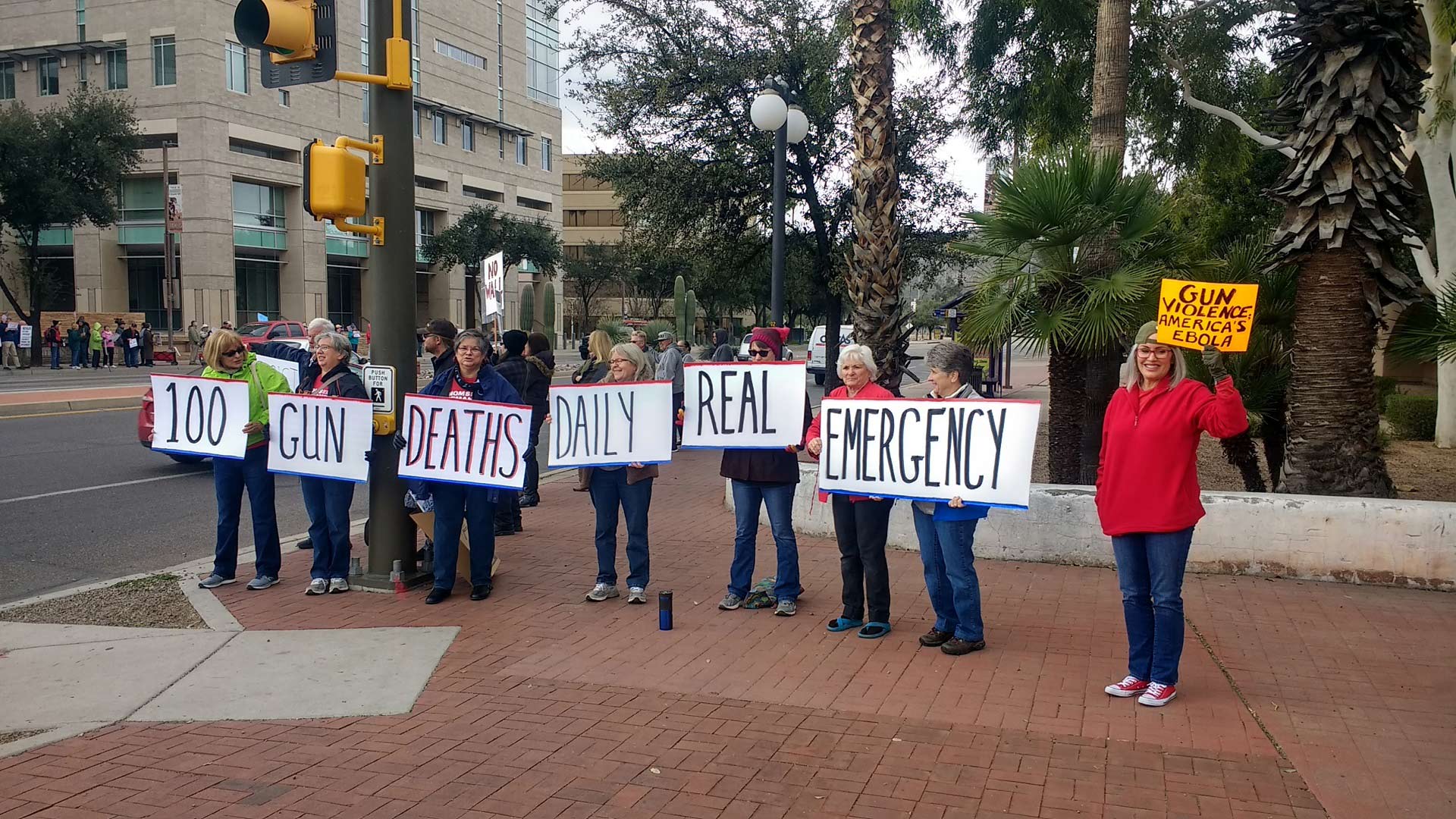 About 100 people spent part of their President's Day in downtown Tucson protesting President Donald Trump and his national emergency declaration.

The group Justice Alliance organized a noontime demonstration in front of the Evo A. DeConcini U.S. Courthouse. Participants were each given a sign saying "the real emergency is...", along with a marker to fill in the rest.Many, like protest organizer Steve Diamond, simply wrote "Trump" in big letters.

"He has already been defeated in Congress more than once in trying to obtain the funding for his so-called wall, and now he's trying to do an end-run around the Congress in the manner of a child picking up his toys and leaving the playground," Diamond said.

The president pointed to drug and human trafficking along the U.S.-Mexico border as his reason for an emergency declaration to fund building his promised border wall. Critics say he shouldn't use emergency powers to pay for a pet project when Congress has already declined to fund it.

Monday's protest was coordinated with dozens of others around the country.

Arizona 360 Border Special: Tucson to El Paso CBP Disagrees With Trump Claims About Drug Trafficking Tucson public transit to remain free
By posting comments, you agree to our
AZPM encourages comments, but comments that contain profanity, unrelated information, threats, libel, defamatory statements, obscenities, pornography or that violate the law are not allowed. Comments that promote commercial products or services are not allowed. Comments in violation of this policy will be removed. Continued posting of comments that violate this policy will result in the commenter being banned from the site.