UA Women's Basketball On Its Way to WNIT Championship Game

The Wildcats beat Texas Christian and will face Northwestern in the final. by Duncan Moon Tweet 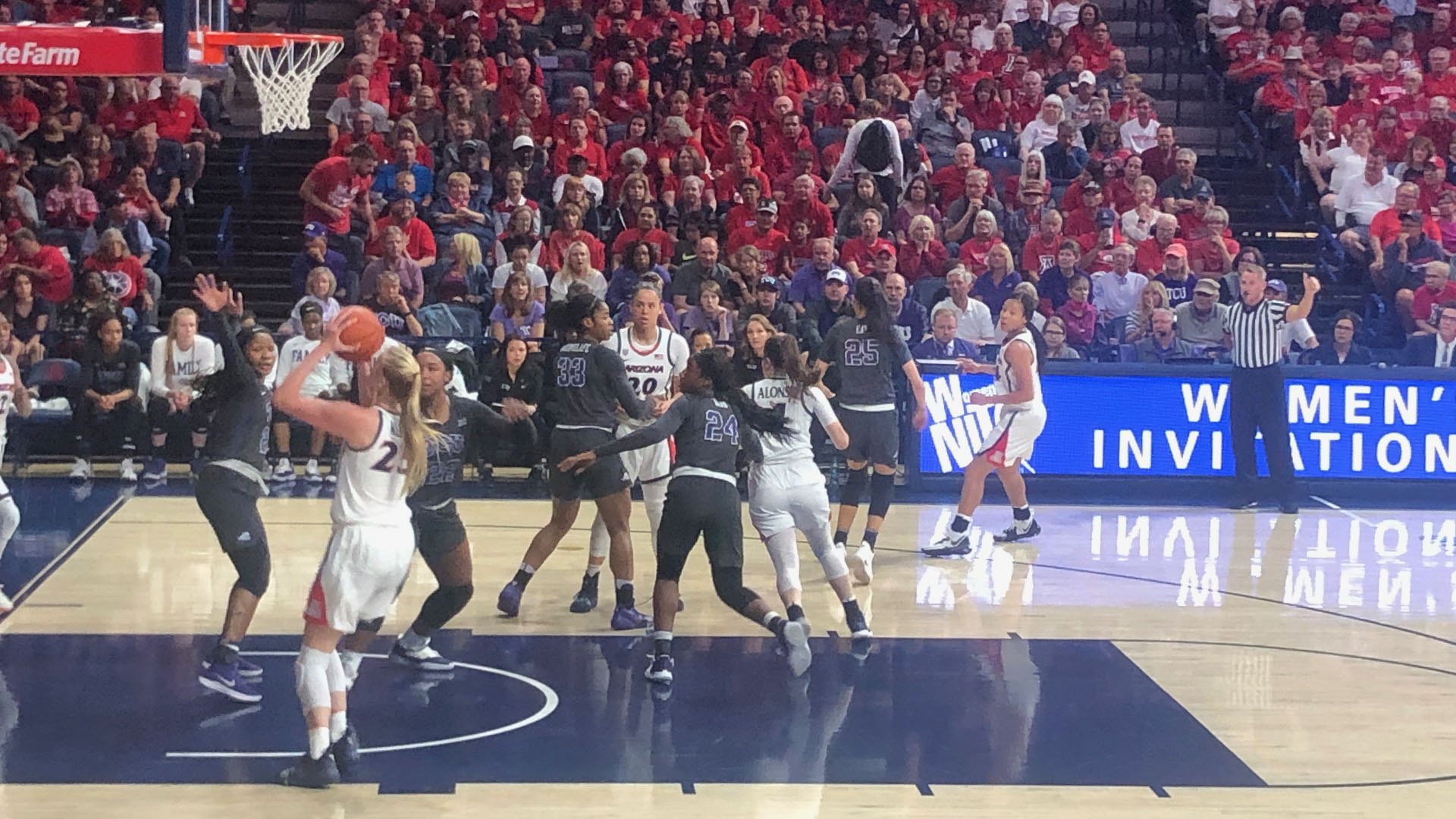 The University of Arizona women's basketball team in action against TCU in the 2019 National Invitation Tournament, April 3, 2019.
Duncan Moon/AZPM

The University of Arizona women's basketball team defeated Texas Christian University last night 59-53 to move on to the finals of the Women's National Invitation Tournament.

The Wildcats beat a much bigger team with a reputation for out-muscling opponents. Arizona trailed early but took the lead five minutes into the game and did not relinquish it again.

Led by star guard Aari McDonald, it was the Arizona defense that stifled TCU, often making them look confused and hesitant. TCU out rebounded Arizona 50-33, especially on the offensive boards, but even with those extra chances, they still could not seem to figure out how to penetrate Arizona's perimeter. 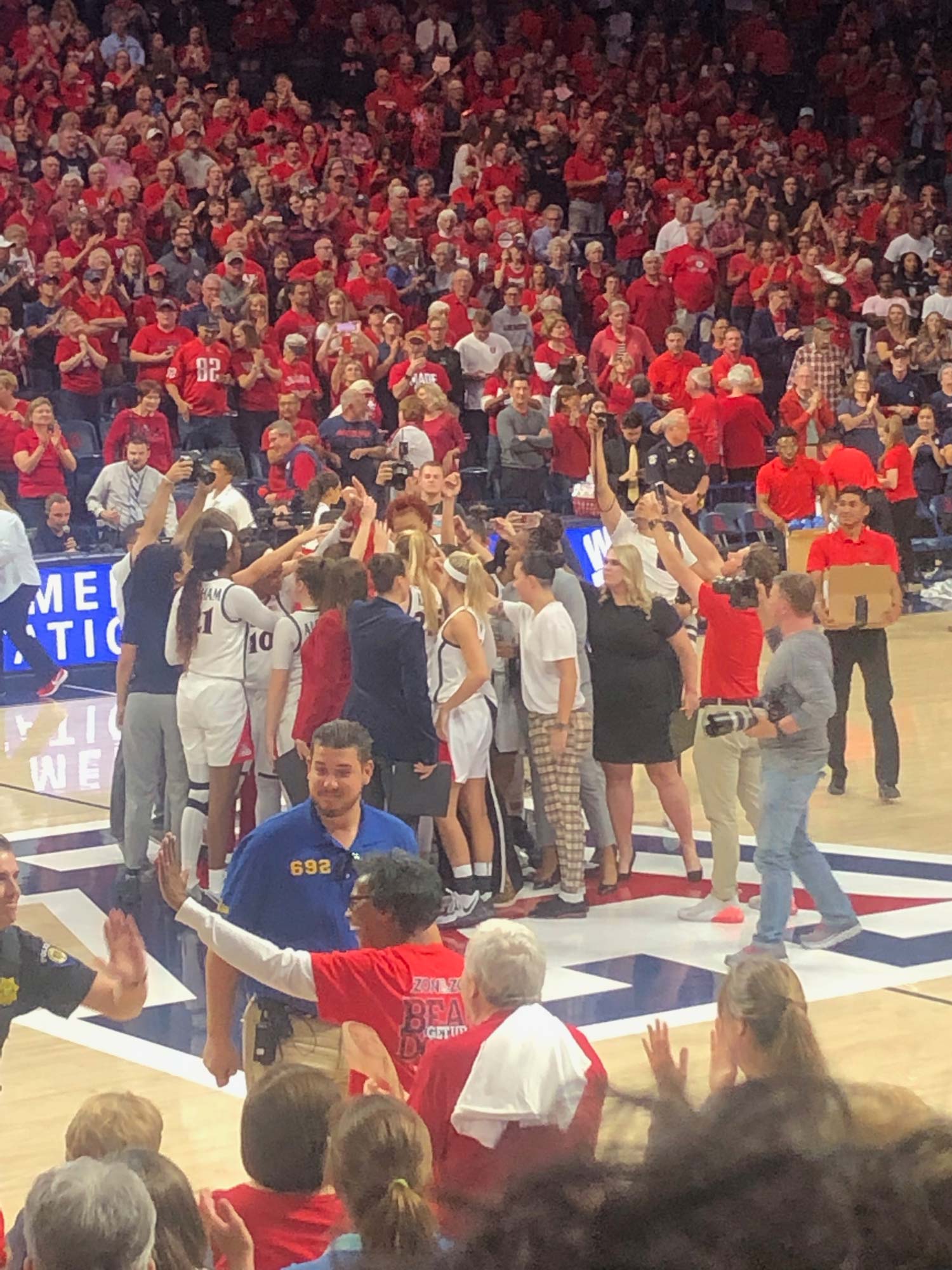 Coach Adia Barnes says shutting down TCU's offense was the key to the win.

"That's kind of what we do," she says. "We're a great defensive team. We force teams to turn the ball over and we manufacture points. And as you see tonight, we had 19 points off turnovers," Barnes said.

Barnes says playing at home in the McKale Center in front of more than 10-thousand raucous fans set the stage for the victory. After the game she was asked to try to find a word to describe the atmosphere.

"Incredible. Electric, and just energized," she said. "I mean, that pumps our players up, and that ignites us."

Arizona will have a chance to put that home-field advantage to the test in the championship game against Northwestern this Saturday. It will be Wildcat against Wildcat as Arizona hosts the Northwestern Wildcats at noon at McKale.

Indigenous students to get full University of Arizona tuition 4 buildings at Kitt Peak lost in wildfire Asteroid Apophis serves as target practice for space rock hunters
By posting comments, you agree to our
AZPM encourages comments, but comments that contain profanity, unrelated information, threats, libel, defamatory statements, obscenities, pornography or that violate the law are not allowed. Comments that promote commercial products or services are not allowed. Comments in violation of this policy will be removed. Continued posting of comments that violate this policy will result in the commenter being banned from the site.