The protests at 28 schools focused on lack of legislative action. by Duncan Moon Tweet 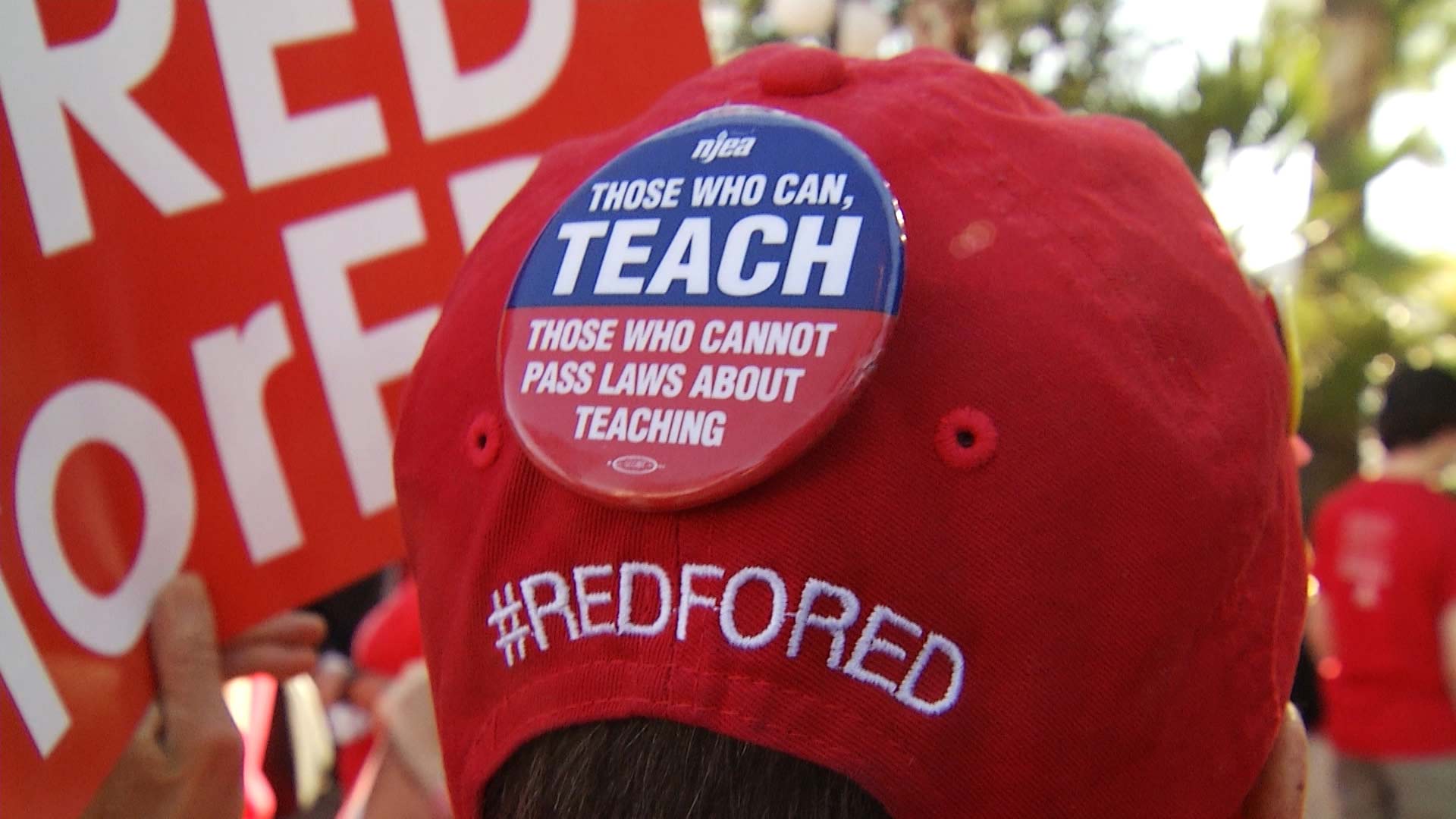 Supporters for #RedForEd held what they called "walk-ins" before school Wednesday morning at 28 Tucson-area schools. They gathered to protest lack of progress on their agenda during this year's legislative session.

The event originally scheduled for 15 schools but grew to nearly double that number. Kate Van Roekel is a teacher and education advocate. She says while #RedForEd won a partial victory with its teacher walkout last year, their agenda has been ignored during the current legislative session. Gov. Doug Ducey's promise a year ago to raise pay for some teachers, she says, but it overlooks other essential employees.

"So it leaves out librarians, school nurses, councilors and all other staff like bus drivers, cafeteria workers, etc.," Van Roekel says. "All of these people are important in the education of Arizona kids and they deserve living wages that are comparable to the national average.

In addition, she says the Legislature has done nothing to address serious challenges with school infrastructure, such as crumbling schools, books and lack of technology.

She says the protests are not just for teachers and school employees.

She says the protests are needed to show state leaders that #RedForEd was not just a one-time event, but a broad coalition of citizens that is as active as ever

Arizona House GOP backs universal school voucher expansion House committee advances school voucher expansion Education in the summer
By posting comments, you agree to our
AZPM encourages comments, but comments that contain profanity, unrelated information, threats, libel, defamatory statements, obscenities, pornography or that violate the law are not allowed. Comments that promote commercial products or services are not allowed. Comments in violation of this policy will be removed. Continued posting of comments that violate this policy will result in the commenter being banned from the site.