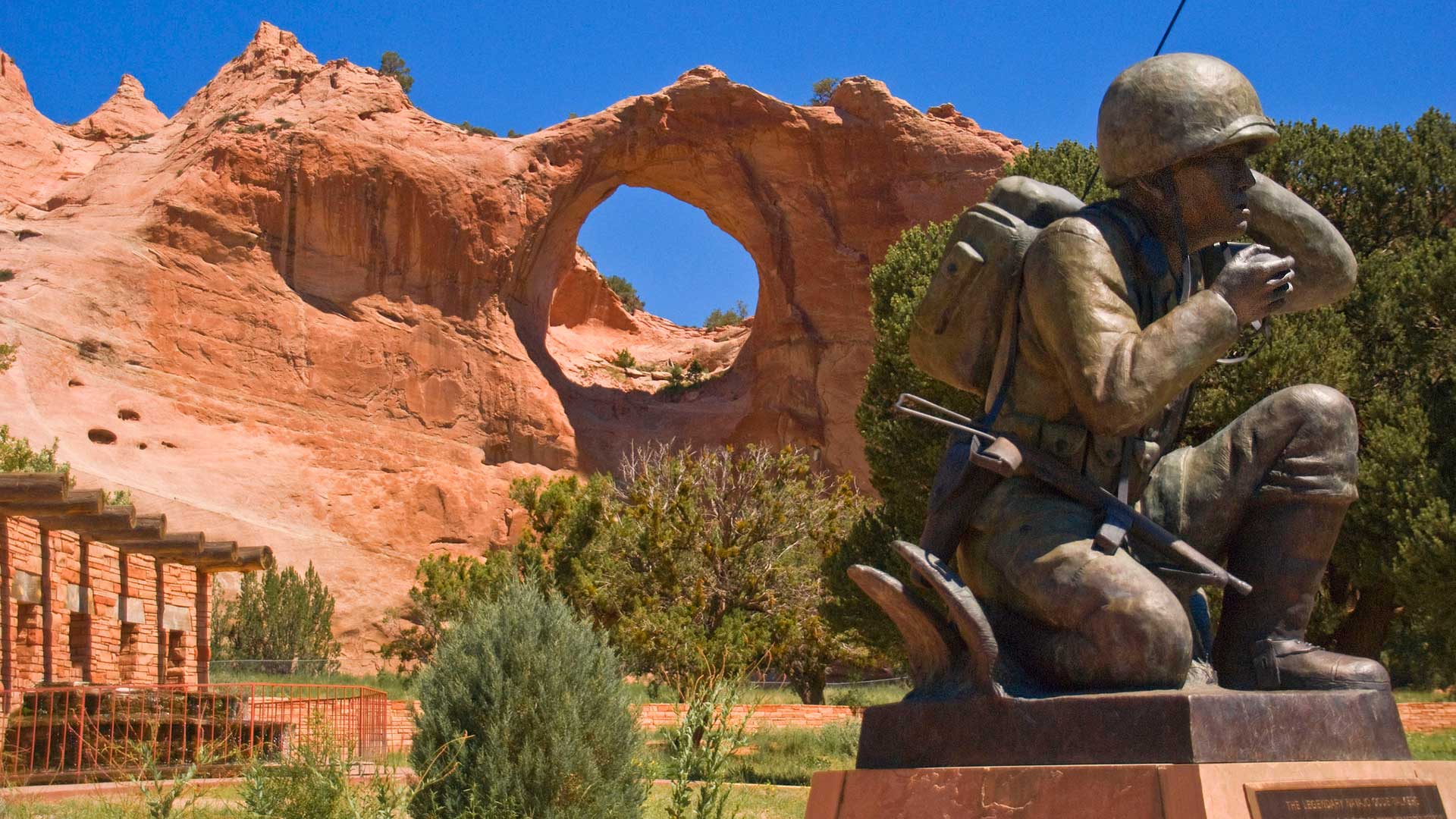 FLAGSTAFF — One of the last remaining Navajo Code Talkers has died. Fleming Begaye Sr. died Friday in Chinle. He was 97.

Fleming Begaye Sr. was one of more than 400 Navajos who served as Code Talkers during World War II. The men communicated during battles using some 600 Navajo words.

"It saved hundreds of thousands of lives and helped win the war in the Pacific," MacDonald said. "The only military code in modern history never broken."

MacDonald's friend Begaye fought in several battles, including Saipan, where he was badly wounded. He spent a year in a naval hospital in California recovering.

The code was declassified in 1968. But it wasn't until 2000 that Washington honored the men with congressional gold and silver medals. Seven code talkers remain.

Indigenous students to get full University of Arizona tuition Davis-Monthan A-10s safe Contreras Fire listed as 100% contained
By posting comments, you agree to our
AZPM encourages comments, but comments that contain profanity, unrelated information, threats, libel, defamatory statements, obscenities, pornography or that violate the law are not allowed. Comments that promote commercial products or services are not allowed. Comments in violation of this policy will be removed. Continued posting of comments that violate this policy will result in the commenter being banned from the site.