William Tully Brown died at the age of 96. He and other Code Talkers were instrumental in ending World War II. by Laurel Morales, Fronteras Desk Tweet 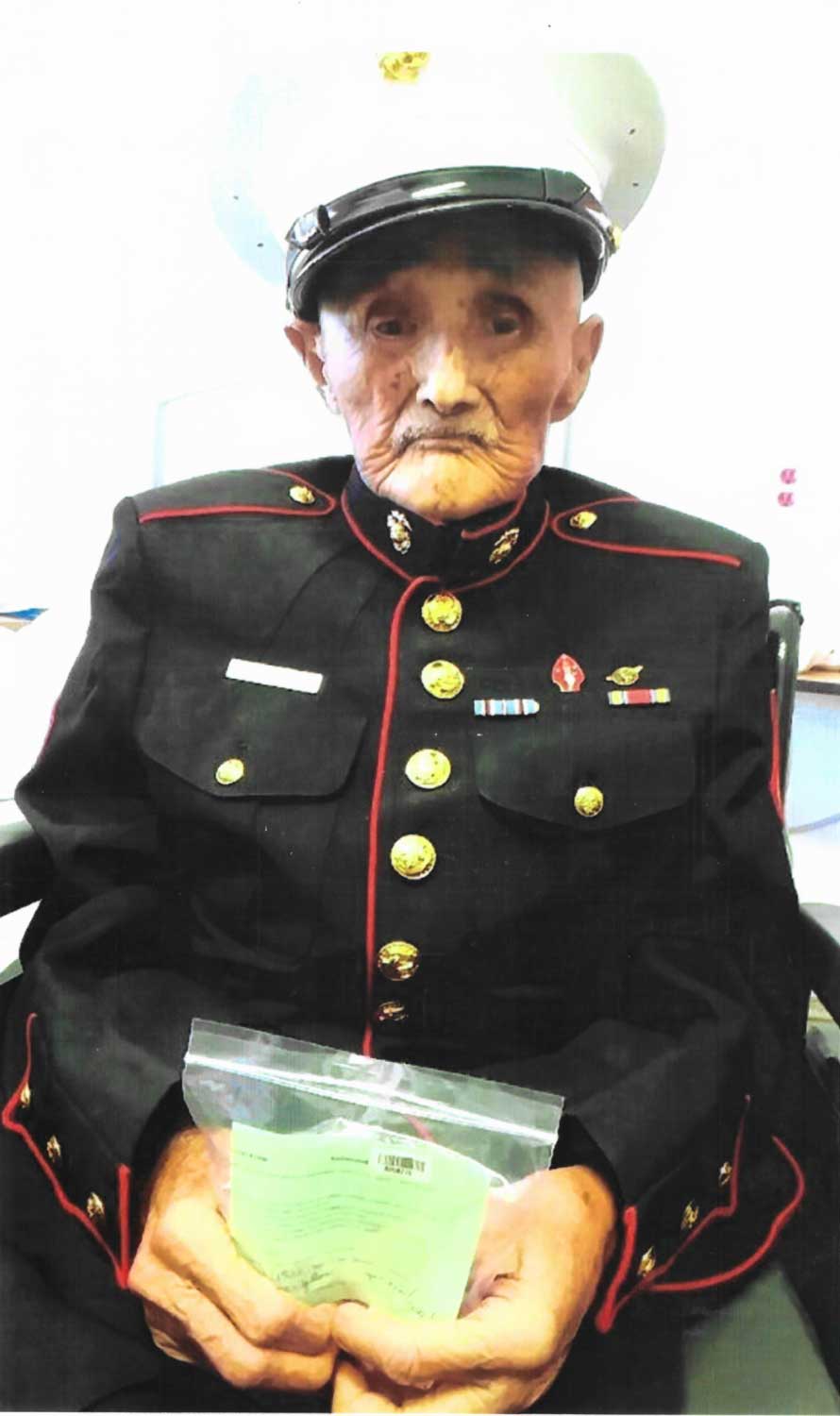 VIEW LARGER William Tully Brown is one of three Navajo Code Talkers who died in the last month. The men were instrumental in ending World War II.
Navajo Nation via Fronteras Desk

In 1942, 29 Navajos developed an unbreakable code that led to the end of World War II. More than 400 Navajos then executed the code. William Tully Brown sent and received critical messages at Guadalcanal and Iwo Jima.

Navajo Chief Justice JoAnn Jayne said in a statement, "Brown was a humble man who did not seek recognition but the world now knows of his service."

Jayne asks Navajos to honor the legacy of the Code Talkers by speaking, learning and teaching the language every day.

Indigenous students to get full University of Arizona tuition Davis-Monthan A-10s safe Contreras Fire listed as 100% contained
By posting comments, you agree to our
AZPM encourages comments, but comments that contain profanity, unrelated information, threats, libel, defamatory statements, obscenities, pornography or that violate the law are not allowed. Comments that promote commercial products or services are not allowed. Comments in violation of this policy will be removed. Continued posting of comments that violate this policy will result in the commenter being banned from the site.