The jury returned Tuesday after days of deliberation on the case of No More Deaths volunteer Scott Warren. by Astrid Galvan, Associated Press Tweet

A U.S. jury could not reach a verdict Tuesday against a border activist charged with conspiracy to transport and harbor migrants in a trial that humanitarian aid groups said would have wide implications on their work.

Defense attorneys argued that Scott Daniel Warren, a 36-year-old college geography instructor, was simply being kind by providing two migrants with water, food and lodging when he was arrested in early 2018. He faced up to 20 years in prison.

But prosecutors maintained the men were not in distress and Warren conspired to transport and harbor them at a property used for providing aid to migrants in an Arizona town near the U.S.-Mexico border.

Jurors said Monday that they couldn't reach a consensus but a federal judge told them to keep deliberating. The judge set a July 2 status hearing after the jury said it was deadlocked.

AZPM's Nancy Montoya reports on the deadlocked jury in the Scott Warren trial. 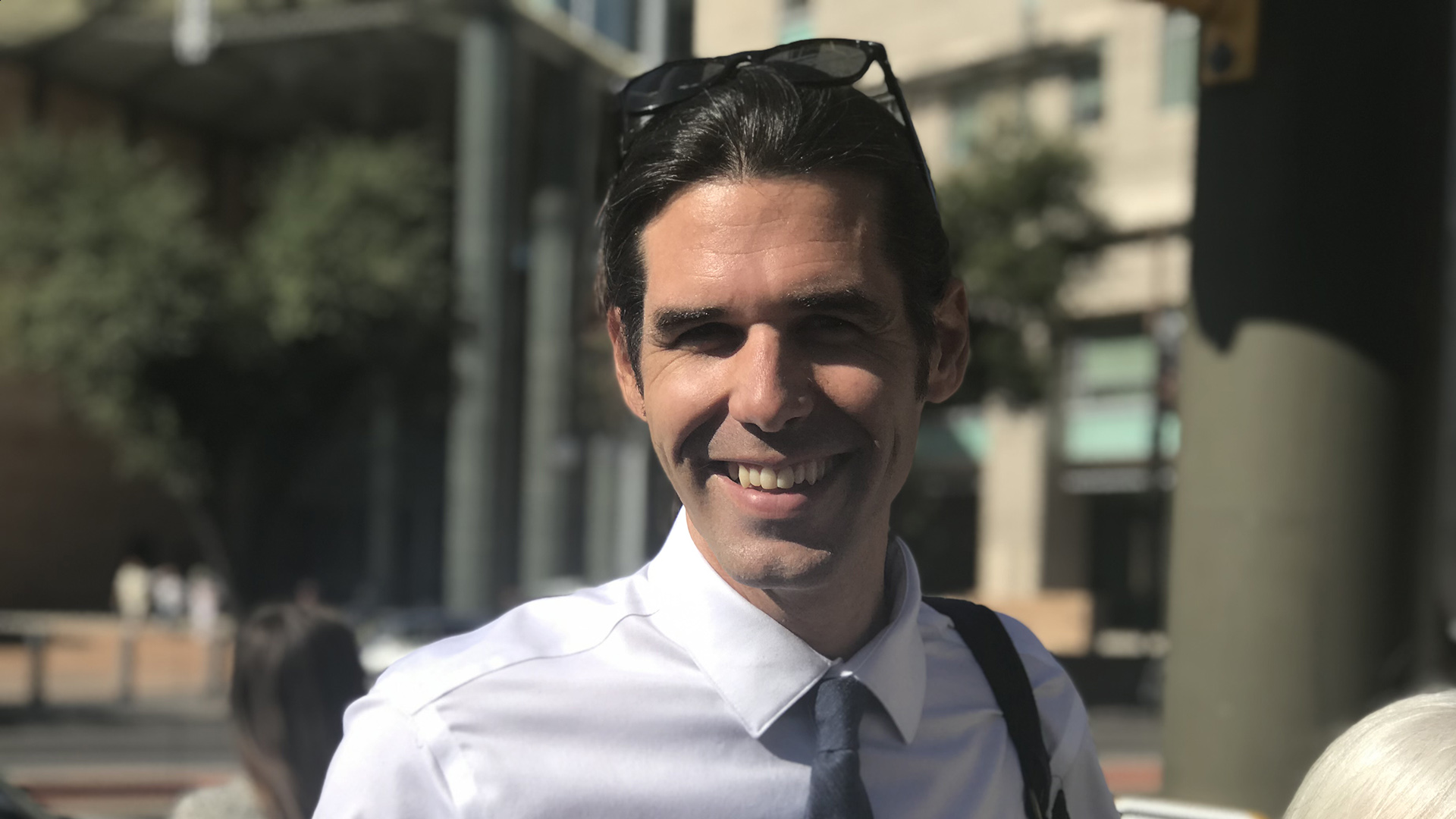 The case played out as humanitarian groups say they are coming under increasing scrutiny while President Donald Trump's administration looks for new ways to clamp down on illegal immigration.

Warren is one of nine members of the humanitarian aid group No More Deaths who have been charged with crimes related to their work. But he is the only one to face felony charges.

In West Texas, a county attorney was detained earlier this year after stopping her car on a dark highway to pick up three young migrants who flagged her down. Teresa Todd was held briefly, and federal agents searched her cellphone.

Border activists say they worry about what they see as the gradual criminalization of humanitarian action.

Warren has said his case could set a dangerous precedent by expanding the definition of the crimes of transporting and harboring migrants to include people merely trying to help border-crossers in desperate need of water or other necessities.

Warren and other volunteers with the No More Deaths group also were targeted earlier this year in separate federal misdemeanor cases after leaving water, canned food and other provisions for migrants hiking through the Cabeza Prieta National Wildlife Refuge in southern Arizona.

In Warren's felony case, the defense team headed by Greg Kuykendall argued that Warren could not, in good conscience, turn away two migrants who had recently crossed the desert to enter the U.S.

Thousands of migrants have died crossing the border since the mid-1990s, when heightened enforcement pushed migrant traffic into Arizona's scorching deserts.

Border humanitarian aid work on trial Why executions in Arizona are in a holding pattern Judge rejects Arizona prisoner’s bid to delay execution
By posting comments, you agree to our
AZPM encourages comments, but comments that contain profanity, unrelated information, threats, libel, defamatory statements, obscenities, pornography or that violate the law are not allowed. Comments that promote commercial products or services are not allowed. Comments in violation of this policy will be removed. Continued posting of comments that violate this policy will result in the commenter being banned from the site.