Pima County to update the backstops in its archery ranges 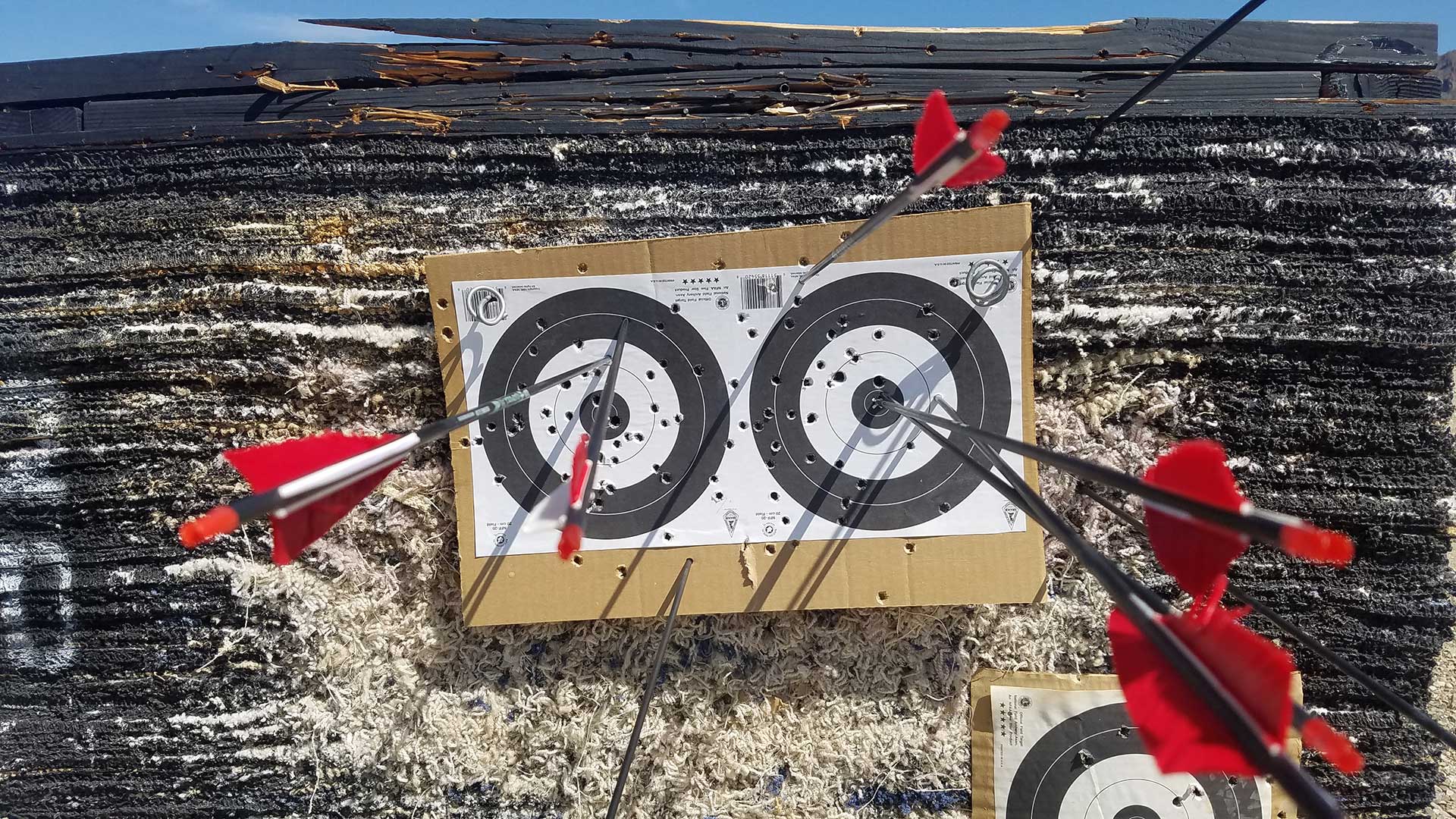 Arrows in an archery target at a range near Tucson.
Kassandra Lau/AZPM

Archery enthusiasts received a bit of good news when Pima County announced the backstops used in ranges would be updated to be more on target.

The Arizona Game and Fish Department awarded the county $30,000 to replace the backstops in archery courses in the Tucson Mountain Park and the Southeast Regional Park.

“We're just replacing them, getting them back up to current, and then we expect somewhere around 20 plus-or-minus years out of the new backstops going in,” said Leonard Ordway, the shooting sports program manager.

The Southeast Regional Park is updating its backstops from the nylon-covered, straw-bale design to a longer-lasting model similar to the current Tucson Mountain Park backstops, which will also be replaced.

The county will match the award in funding or in-kind labor.

The work will be done in the budget year that begins in July and is expected to be completed in late March 2020.

“It's going to take us a better part of three to five months or so to get all of the archery butts ordered from the vendor, and then once we have them it'll be somewhere around a five- to six-month process to get them all put in,” Ordway said.

The archery ranges are self governed. Adults can get an annual pass for $25 or pay $3 per day, and kids under 16 shoot for free with an accompanying adult.

Monika Damron is an intern at AZPM and a student in the University of Arizona School of Journalism.

Pima County prosecutor's new book describes capital punishment as arbitrary Vaccines and public health in Pima County Pima County Supervisor Bronson Explains Vote to Accept Stonegarden Funding
By posting comments, you agree to our
AZPM encourages comments, but comments that contain profanity, unrelated information, threats, libel, defamatory statements, obscenities, pornography or that violate the law are not allowed. Comments that promote commercial products or services are not allowed. Comments in violation of this policy will be removed. Continued posting of comments that violate this policy will result in the commenter being banned from the site.