The president said the senator from Arizona has been fully supportive of the White House's agenda. by Associated Press Tweet 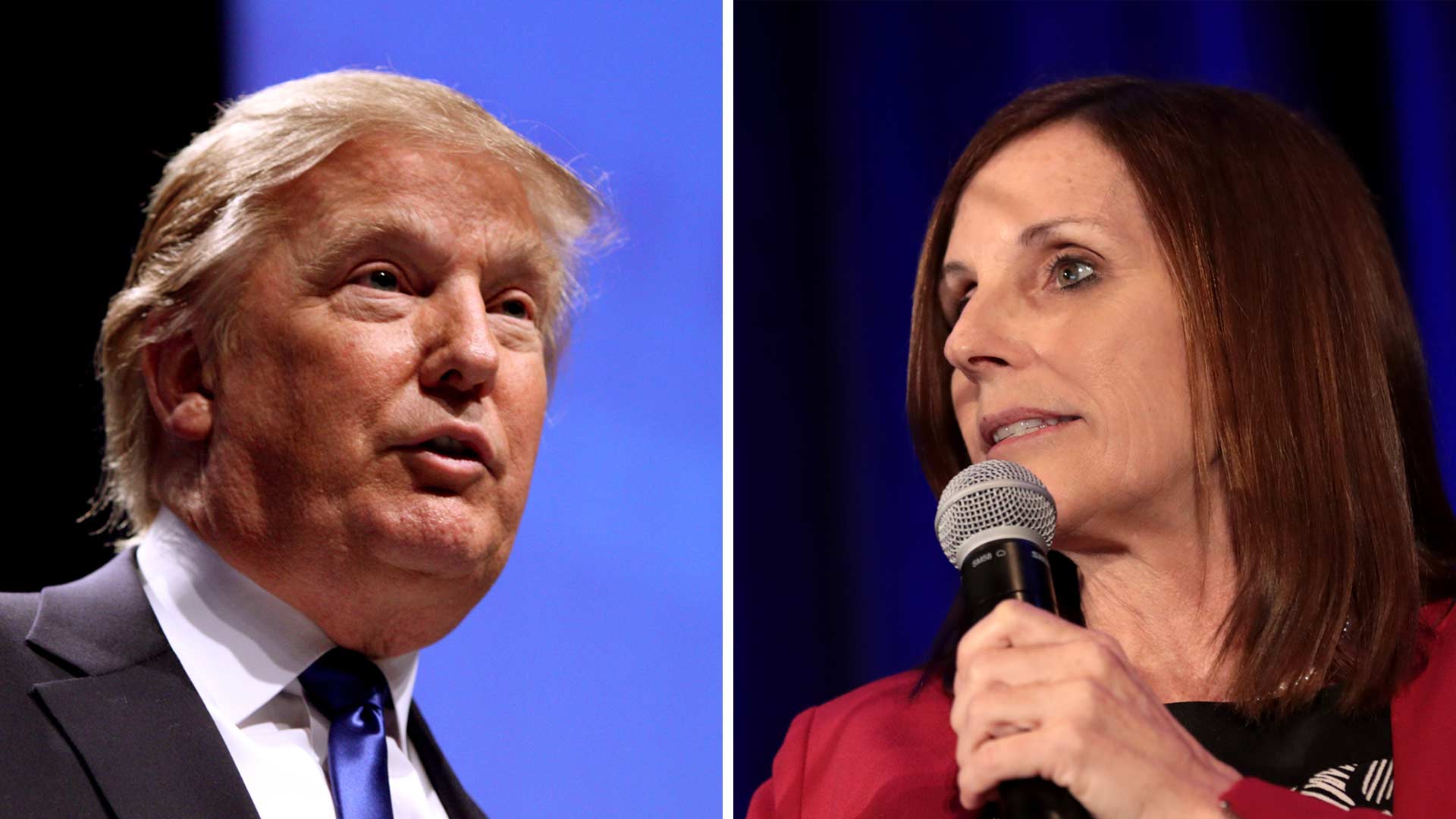 PHOENIX — President Donald Trump is formally backing Arizona Republican Sen. Martha McSally in one of the most hotly contested Senate races of the 2020 election.

Trump said on Twitter Tuesday that McSally has his "Complete and Total Endorsement!" He says the former fighter pilot has done an outstanding job in Washington and is fully supportive of his agenda.

A brave former fighter jet pilot and warrior, Senator Martha McSally of Arizona has done an outstanding job in D.C., and is fully supportive of our agenda – she is with us all the way....

....Martha is strong on Crime and Borders, the 2nd Amendment, and loves our Military and Vets. She has my Complete and Total Endorsement!

McSally narrowly lost last year to Democrat Kyrsten Sinema to replace Sen. Jeff Flake. Her strong support for Trump and his policies was seen as a factor in that loss after voters disaffected with the president turned out in large numbers.

She was later appointed to the vacant Senate seat formerly held by John McCain.

McSally looks for win in Senate race McSally defends Huachuca money going to border wall Mark Kelly leads Martha McSally in new poll
By posting comments, you agree to our
AZPM encourages comments, but comments that contain profanity, unrelated information, threats, libel, defamatory statements, obscenities, pornography or that violate the law are not allowed. Comments that promote commercial products or services are not allowed. Comments in violation of this policy will be removed. Continued posting of comments that violate this policy will result in the commenter being banned from the site.