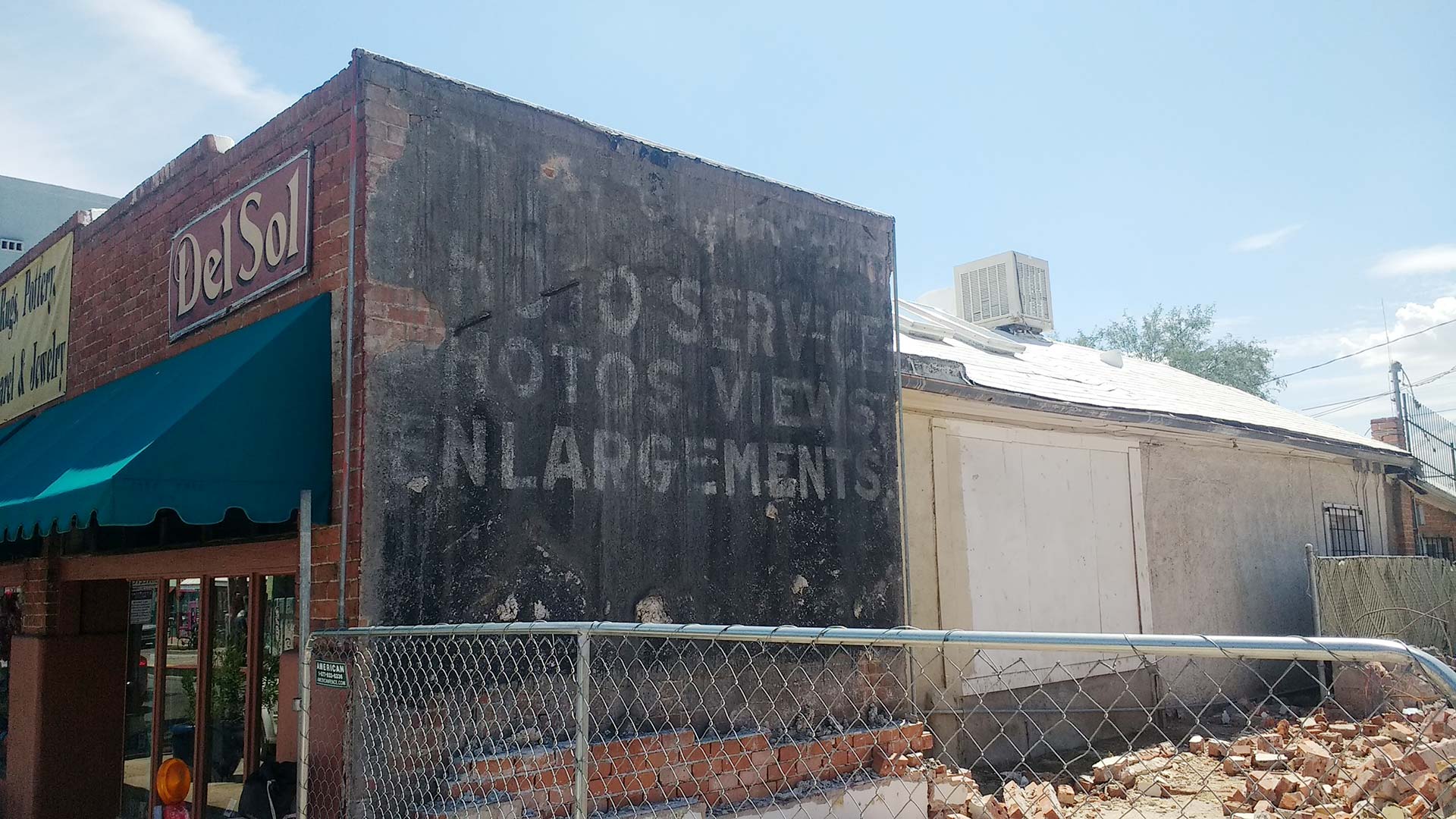 A sign for a long forgotten photography studio on Fourth Avenue was revealed when the building housing the Flycatcher bar was torn down. The Historic Fourth Avenue Coalition wants the decades-old "ghost sign" preserved as the Union on Sixth project is built next door.
Steve Jess/AZPM

One piece of Tucson history has been removed, but another piece has been revealed in the process. When the building housing the Flycatcher bar on Fourth Avenue was torn down last week, a sign for a long-forgotten photography studio was revealed on the wall of the building next door.

The chair of the Historic Fourth Avenue Coalition, Shannon Riggs, says the group has asked the architect for the new construction if the "ghost sign" can be preserved.

"We'll see how that pans out, but we'd sure love it. It's going to be a little walkway there between the buildings, so it wouldn't be super visible, but it would still be a cool addition to the design," Riggs said.

The sign painted on the side of the current Del Sol gift shop advertises "photos" and "enlargements," but the name of the shop is illegible.

The Flycatcher was bulldozed as part of the Union on Sixth project, which will bring retail shops and apartments to Fourth Avenue at Sixth street. Construction is expected to take two years. 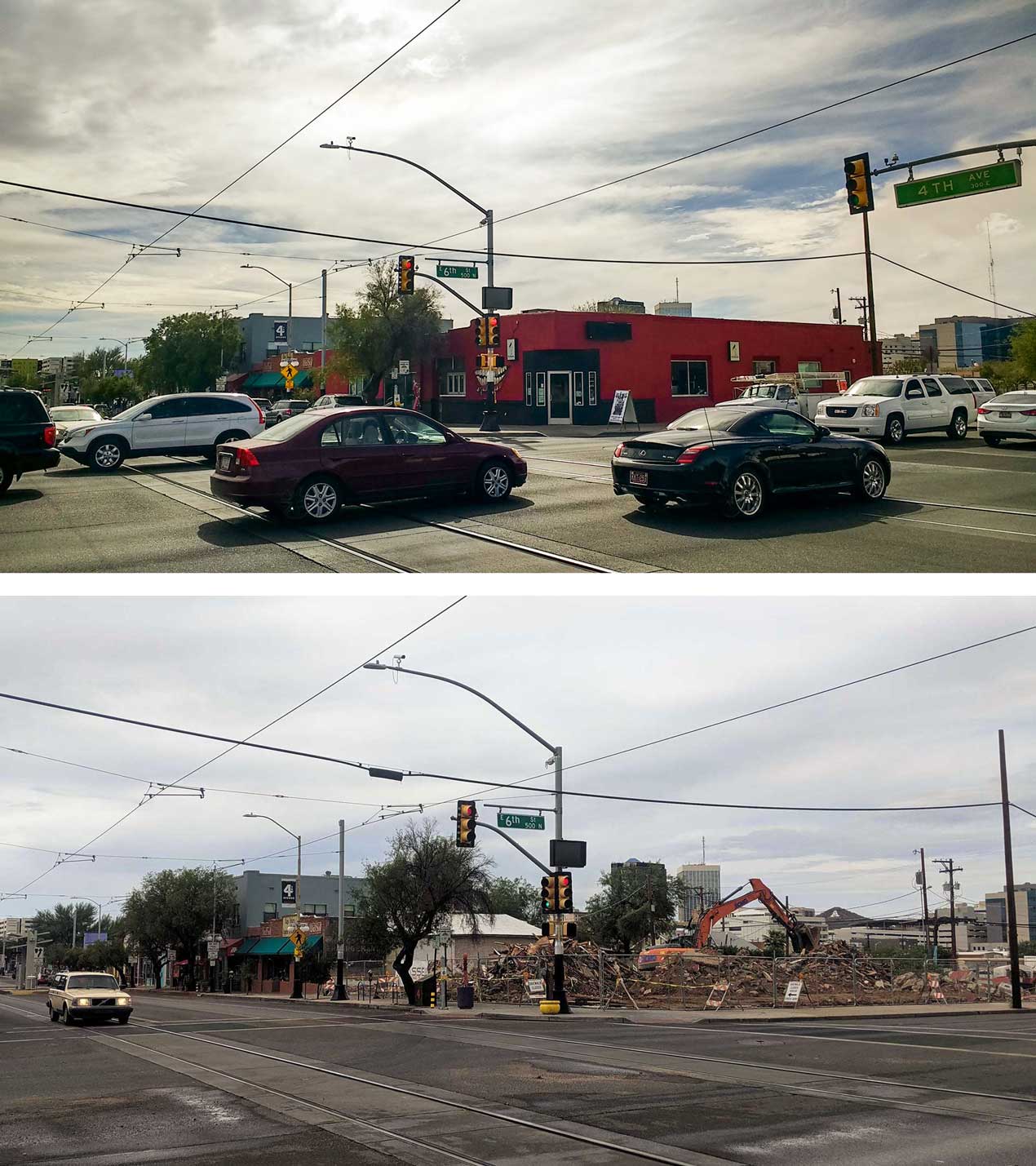 VIEW LARGER Above, The Flycatcher bar at the corner of Fourth Avenue and Sixth Street in 2018. Below, the same corner in July 2019.
AZPM
MORE: Business, Culture, Downtown Tucson, Housing, News, Tucson

Controversial 4th Avenue Development Moving Forward With Neighborhood Involvement Fourth Avenue Development Stirs Opposition Researchers Are Studying Economic Impact of the 4th Avenue Street Fair
By posting comments, you agree to our
AZPM encourages comments, but comments that contain profanity, unrelated information, threats, libel, defamatory statements, obscenities, pornography or that violate the law are not allowed. Comments that promote commercial products or services are not allowed. Comments in violation of this policy will be removed. Continued posting of comments that violate this policy will result in the commenter being banned from the site.