Demonstrators call for firing of UA professor over homophobic letter 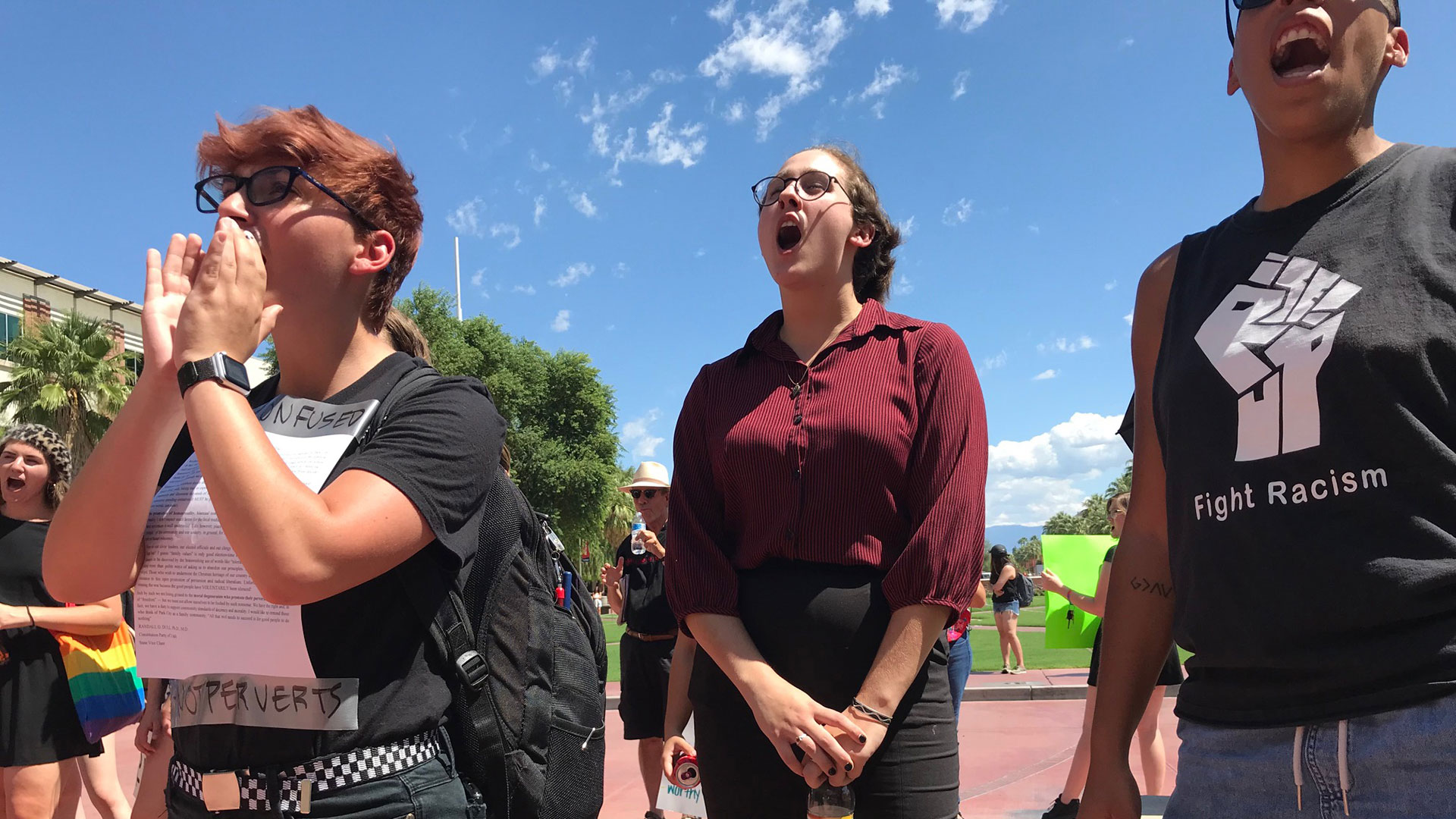 Demonstrators call for the firing of a professor at the University of Arizona over a homophobic letter, Sept. 18, 2019.
Sasha Hartzell/AZPM

Protesters led by the student group Queers United Coalition gathered at the University of Arizona on Wednesday to demand the immediate firing of Randal Dull, tenured professor and former chair of the anesthesiology department.

Chants of, “Fire Dr. Dull!” and, “Out of the closet, on to the streets!” rang across the middle of campus as demonstrators marched from the administration building, wove around Old Main, and parked in front of the stairs leading toward University President Robert Robbins’ office.

“Do your job!” the protesters yelled in front of the building’s doors, calling on Robbins to stand up for LGBTQ students. 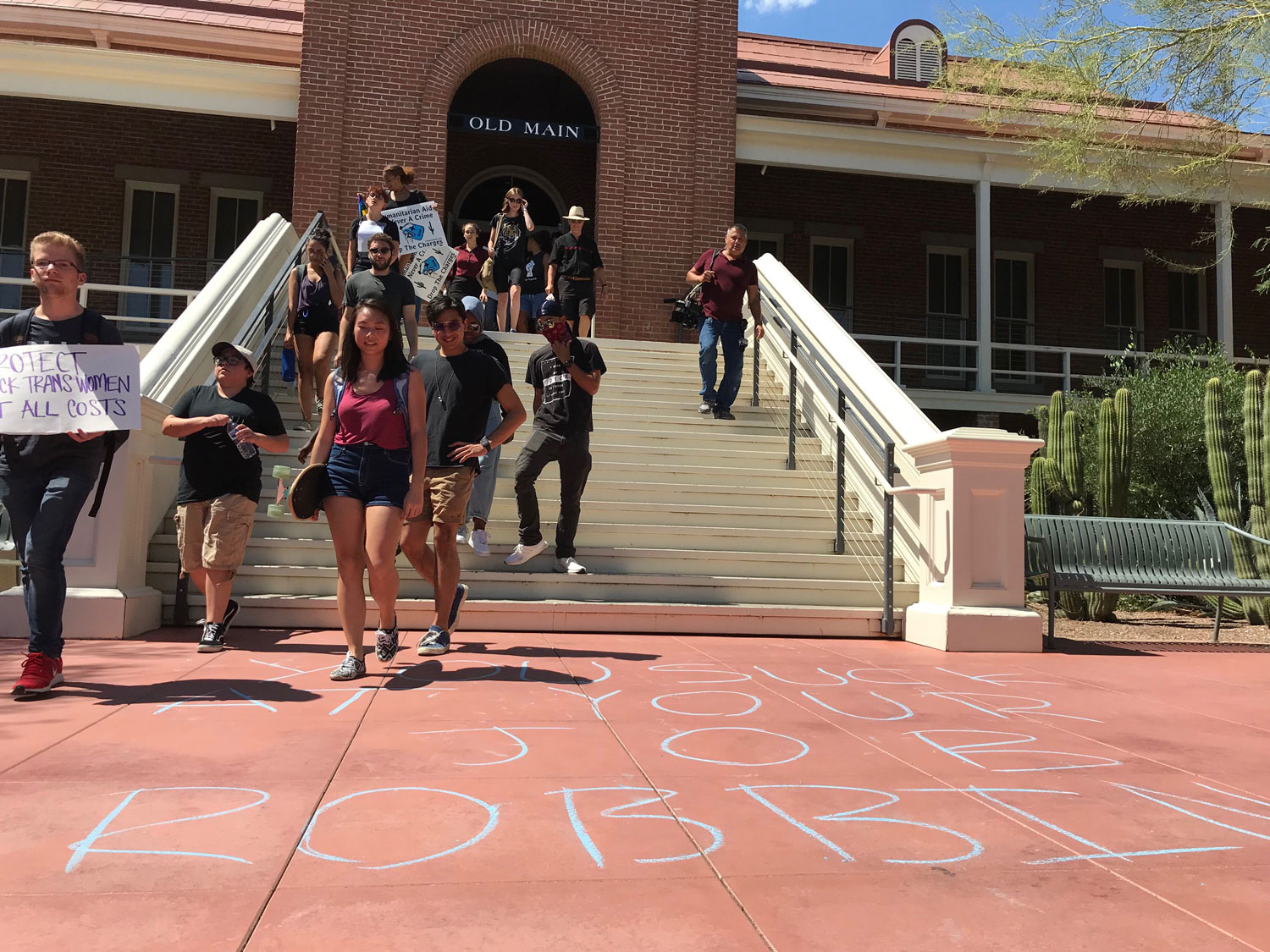 Excerpts from Dull’s letter blazed across demonstrators’ signs and shirts as they spoke out against homophobia and transphobia on campus. ​Wearing a rainbow scarf and holding a sign reading, “Protect Black Trans Women at All Costs,” university staff member Diana Wilson chanted alongside students. Wilson, a senior academic adviser for biomedical engineering, said she was participating in the protest as an ally.

“I’m a parent of a queer child who hopes to be a student here someday, so I want to make sure this environment is a place where he will feel supported and respected,” said Wilson.

Brooklyn Richards, a member of Queers United Coalition, said she didn’t feel safe on campus — a sentiment echoed by other participating students, including members of the Black Student Union and the Coalición de Derechos Humanos.

Richards wanted Robbins to dismiss Dull, terminating all benefits; issue a formal apology to students and staff on campus; and implement a better vetting process for future UA hires.

Organizers say they will not stop protesting until Dull is no longer employed at the university. The UA administration had not issued a public response as of Thursday afternoon. 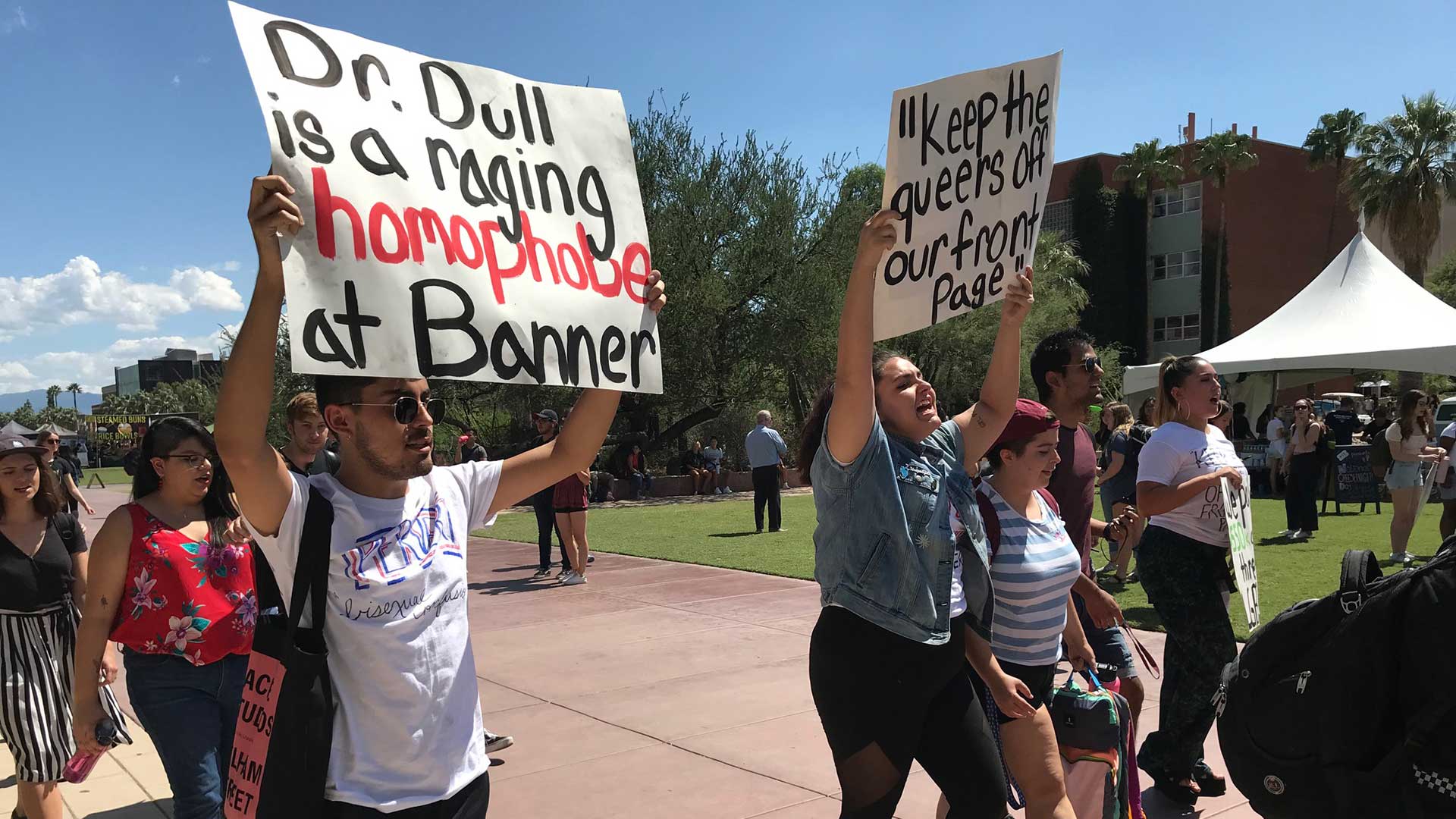 VIEW LARGER Students chanted slogans like “Fire Dr. Dull!” and, “Out of the closet, on to the streets!” on the UA campus, Sept. 18, 2019
Sasha Hartzell/AZPM

Arizona and Duke agree to basketball series for 2023 and 2024 Heeke named to NCAA committee University of Arizona graduate tracks satellite constellations for beleagured astronomers
By posting comments, you agree to our
AZPM encourages comments, but comments that contain profanity, unrelated information, threats, libel, defamatory statements, obscenities, pornography or that violate the law are not allowed. Comments that promote commercial products or services are not allowed. Comments in violation of this policy will be removed. Continued posting of comments that violate this policy will result in the commenter being banned from the site.