In a visit Thursday, the Vice President urged locals to push for passage of the USMCA agreement. by Christopher Conover Tweet 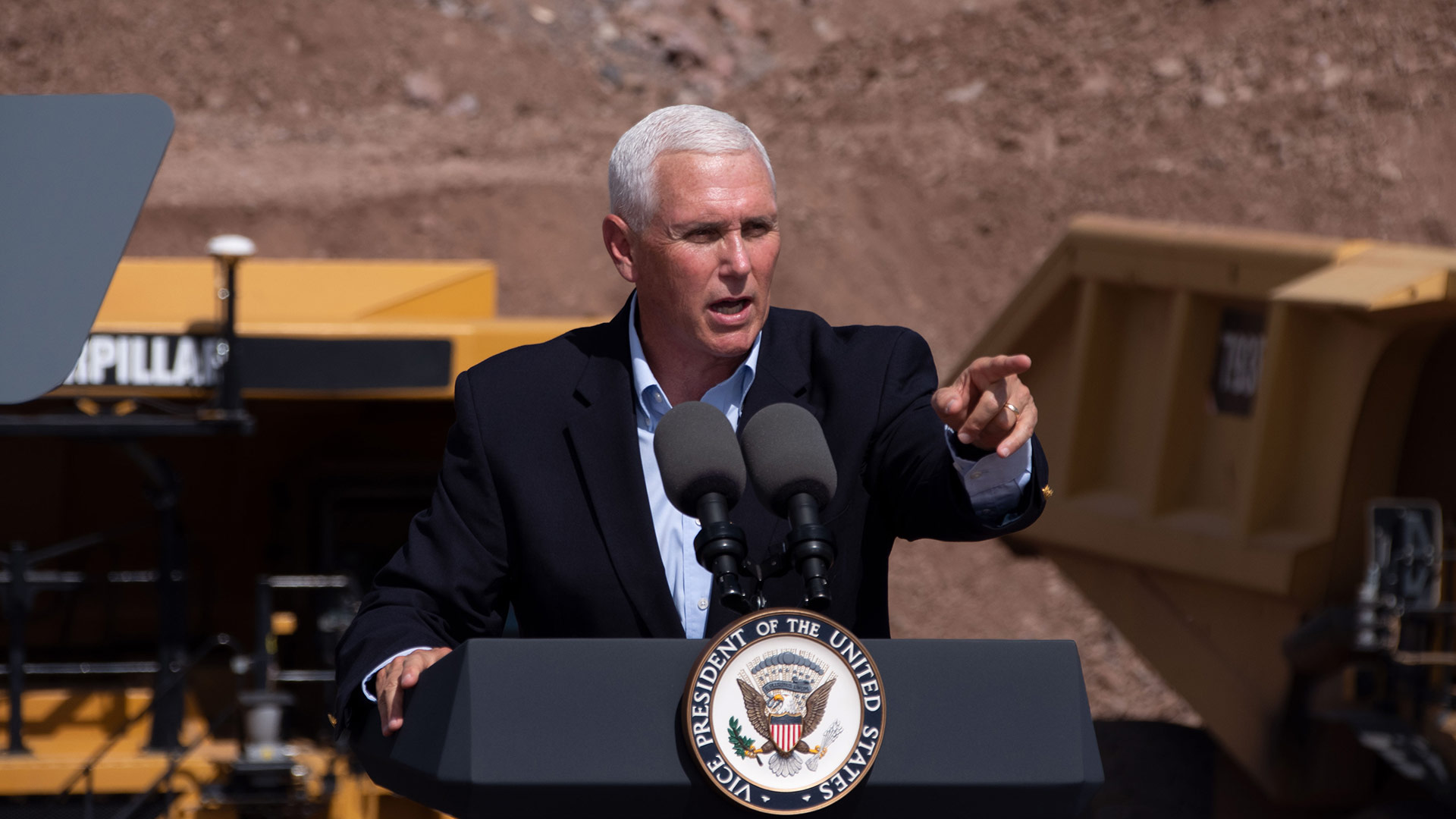 Vice President Mike Pence visited the Caterpillar facility in Green Valley Thursday to push for passage of the USMCA, the agreement between the United States, Mexico and Canada that is supposed to replace NAFTA.

The USMCA requires approval by Congress but has yet to be brought up for a vote in the House.

Pence urged Caterpillar employees to ask their congressional representatives to push for passage.

“The time has come for Congress to vote on the USMCA. Just call them up and tell them that. You can start right here in Tucson, give Congresswoman Ann Kirkpatrick a call. Tell her I told you to call,” said Pence.

Staff members for Kirkpatrick said the Southern Arizona Democrat expects to support the bill when it reaches the floor. They also said she has concerns about some provisions related to pharmaceutical companies, but she expects those to be solved.

The USMCA has bipartisan support in the Arizona delegation and Congress as a whole. Senators Martha McSally and Kyrsten Sinema have both voiced support of the trade deal.

While at the Caterpillar facility, they watched an autonomous vehicle demonstration and shook hands with employees.

Arizona Chamber President: USMCA will pass regardless of possible impeachment Gov Ducey urges Congress to pass USMCA Stonegarden Funding; Tomato Trade; USMCA Update
By posting comments, you agree to our
AZPM encourages comments, but comments that contain profanity, unrelated information, threats, libel, defamatory statements, obscenities, pornography or that violate the law are not allowed. Comments that promote commercial products or services are not allowed. Comments in violation of this policy will be removed. Continued posting of comments that violate this policy will result in the commenter being banned from the site.