Arizona Board of Regents extends contract of UA President Robbins

The board added one more year to the contracts of all three state university presidents. by Emma Gibson Tweet 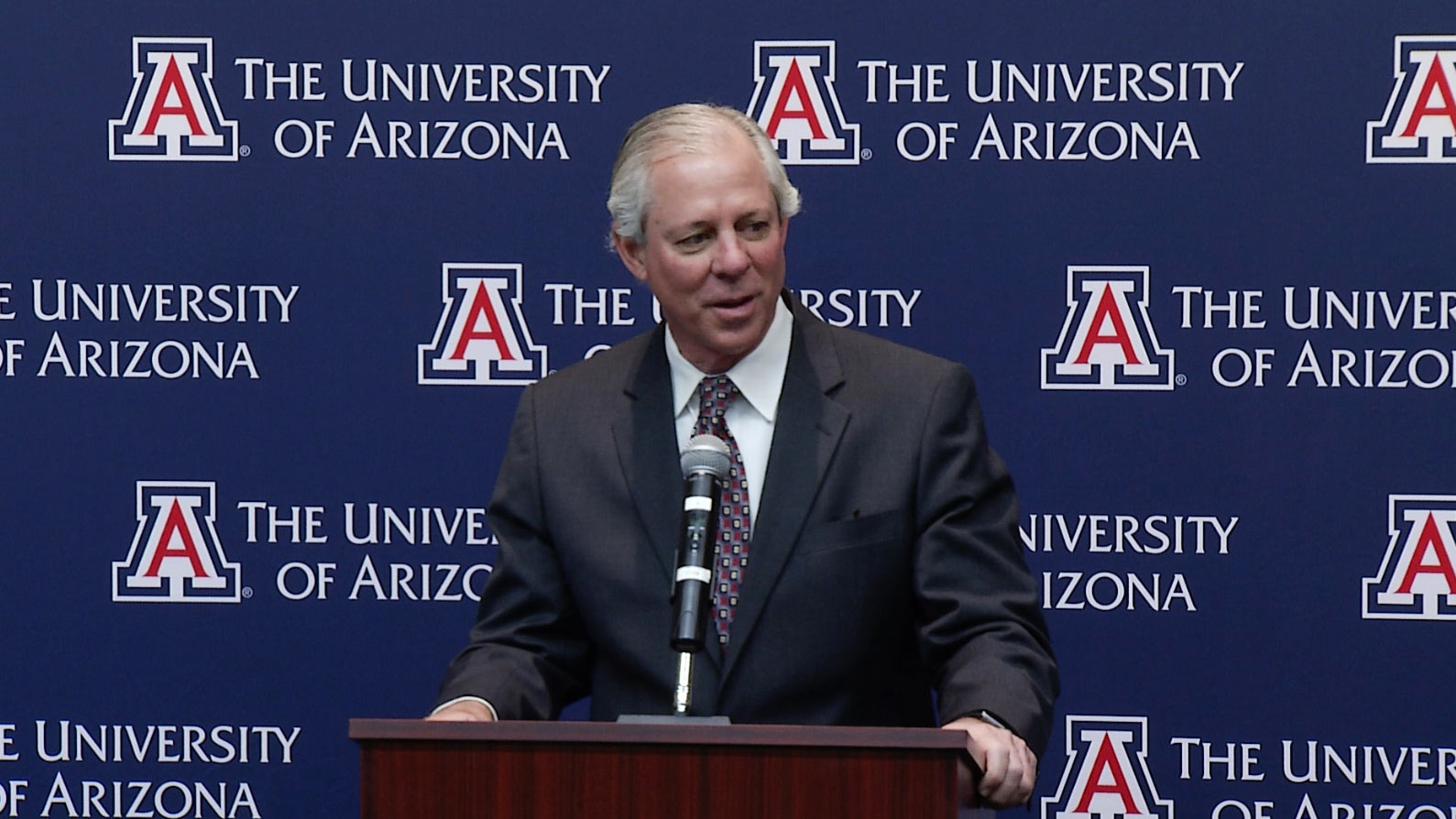 The Arizona Board of Regents decided on Thursday to extend University of Arizona President Robert Robbins' contract for one year.

The Nov. 21 meeting began with emotional testimonies from Indigenous students criticizing what they see as a lack of respect for Indigenous cultures at the UA. They say this was exemplified by Robbins' comments about his own possible Indigenous ancestry in October, which many students found offensive.

Robbins became the 22nd president of the university in 2017. He had a career in medicine and was the CEO of the Texas Medical Center before joining the UA.

UA Pres. Robbins says economic impact of pandemic 'is dire' UA president proposes furloughs, pay cuts for 16,000 employees New state grants help point families to higher education goals
By posting comments, you agree to our
AZPM encourages comments, but comments that contain profanity, unrelated information, threats, libel, defamatory statements, obscenities, pornography or that violate the law are not allowed. Comments that promote commercial products or services are not allowed. Comments in violation of this policy will be removed. Continued posting of comments that violate this policy will result in the commenter being banned from the site.