Visitors come from all over for Tohono O'odham Rodeo and Fair 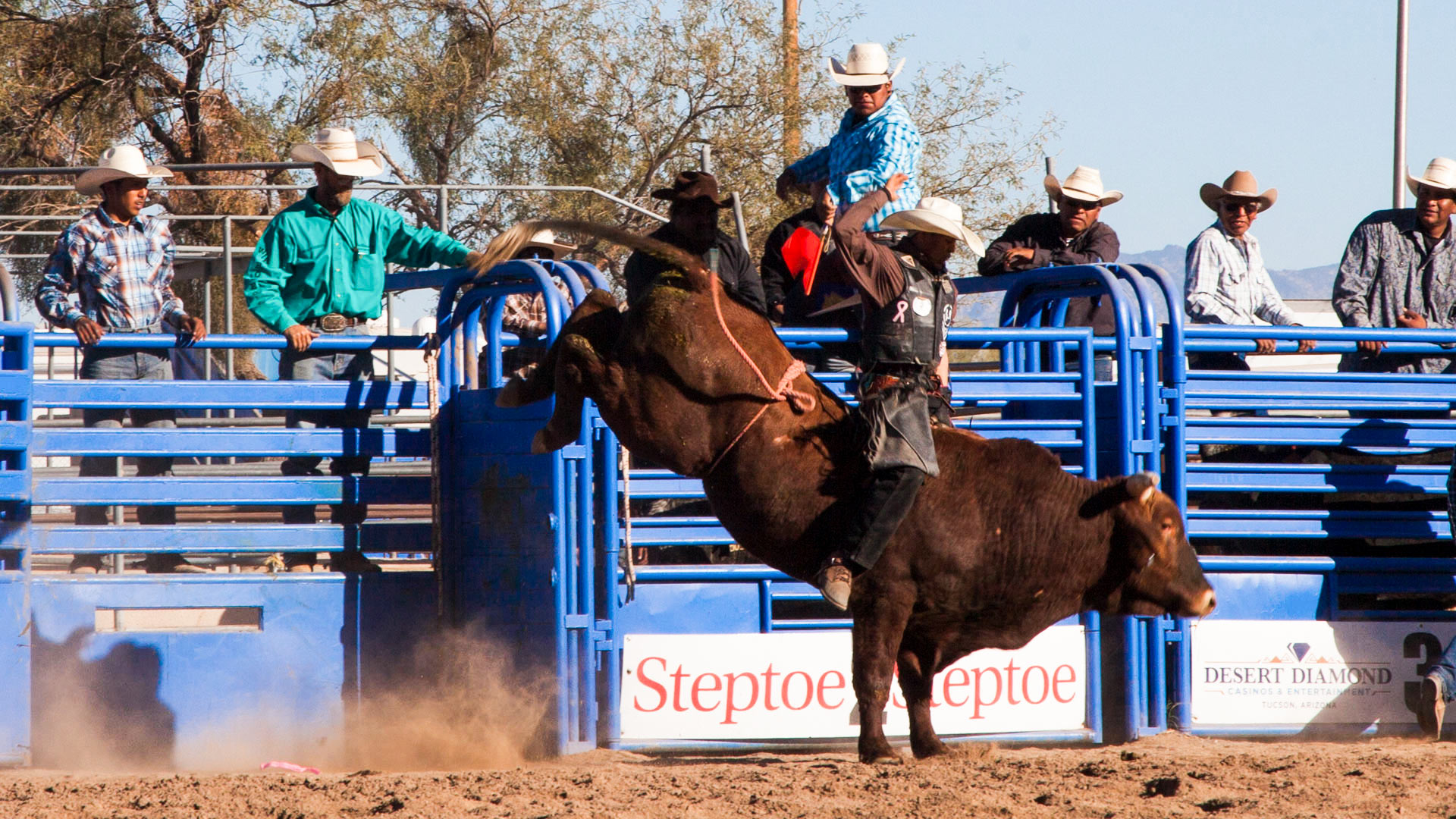 Horses, lemonade and waila dancing: These are just some of the ingredients for a fun day at the Tohono O'odham Nation Rodeo and Fair.

The whirl of pink and yellow fair rides greeted visitors as they arrived to the 82nd edition of the event that went from Jan. 30 to Feb. 2. The fair regularly draws people from every corner of the almost 3-million-acre nation, plus several tourists and former residents from around Arizona. Delbert Domingo said even though he lives in Mesa now, he still likes to take the more than two-hour drive down to Sells for the fair to see longtime friends and soak in some of his favorite activities.

"I enjoy the powwow, rodeo, the music and the dancing they have out there," Domingo said.

The lively melody of waila music, which resembles the traditional O'odham fiddler music, saturated the majority of the Eugene P. Tashquinth Sr. Livestock Complex during the rodeo, causing several participants to dance through the pathways.

Besides these spontaneous performances, there were organized dance contests for people of all ages. Other events included a girl's toka tournament.

Toka is a Tohono O'odham game that resembles field hockey, and only girls and women can play it.

Vanessa Harvey said she comes to the fair almost every year, and it's her daughter's passion for toka that brings them back. It's a family tradition.

"Her cousins, her aunties, and her grandmas — they all play with her. She lives for this game," Harvey said.

Saturday's rodeo packed the bleachers with hundreds of people who cheered on the cowboys participating in steer wrestling, bull riding and wild horse races.

Stran Gibson from New Mexico was one of the members of Team Allen, which won the second heat of the wild horse race by saddling and riding an unbroken horse across the finish line first. He said he likes the clarity he experiences during a competition: It's just him and the horse — there's no crowd.

In the end, he said it's the adrenaline rush that keeps him coming back.

"Try, it's fun. Once you get the feel of it, see it, you might want to try again. It's really fun, though," Gibson said.

Indigenous students to get full University of Arizona tuition Contreras Fire listed as 100% contained One Tucsonan’s journey to becoming emotionally accountable -- and taking a stand against oppression.
By posting comments, you agree to our
AZPM encourages comments, but comments that contain profanity, unrelated information, threats, libel, defamatory statements, obscenities, pornography or that violate the law are not allowed. Comments that promote commercial products or services are not allowed. Comments in violation of this policy will be removed. Continued posting of comments that violate this policy will result in the commenter being banned from the site.