The strike, which started in October, includes more than 1,700 workers at five Asarco facilities in Texas and Southern Arizona by Joshua Gerard Gargiulo, Cronkite News Tweet 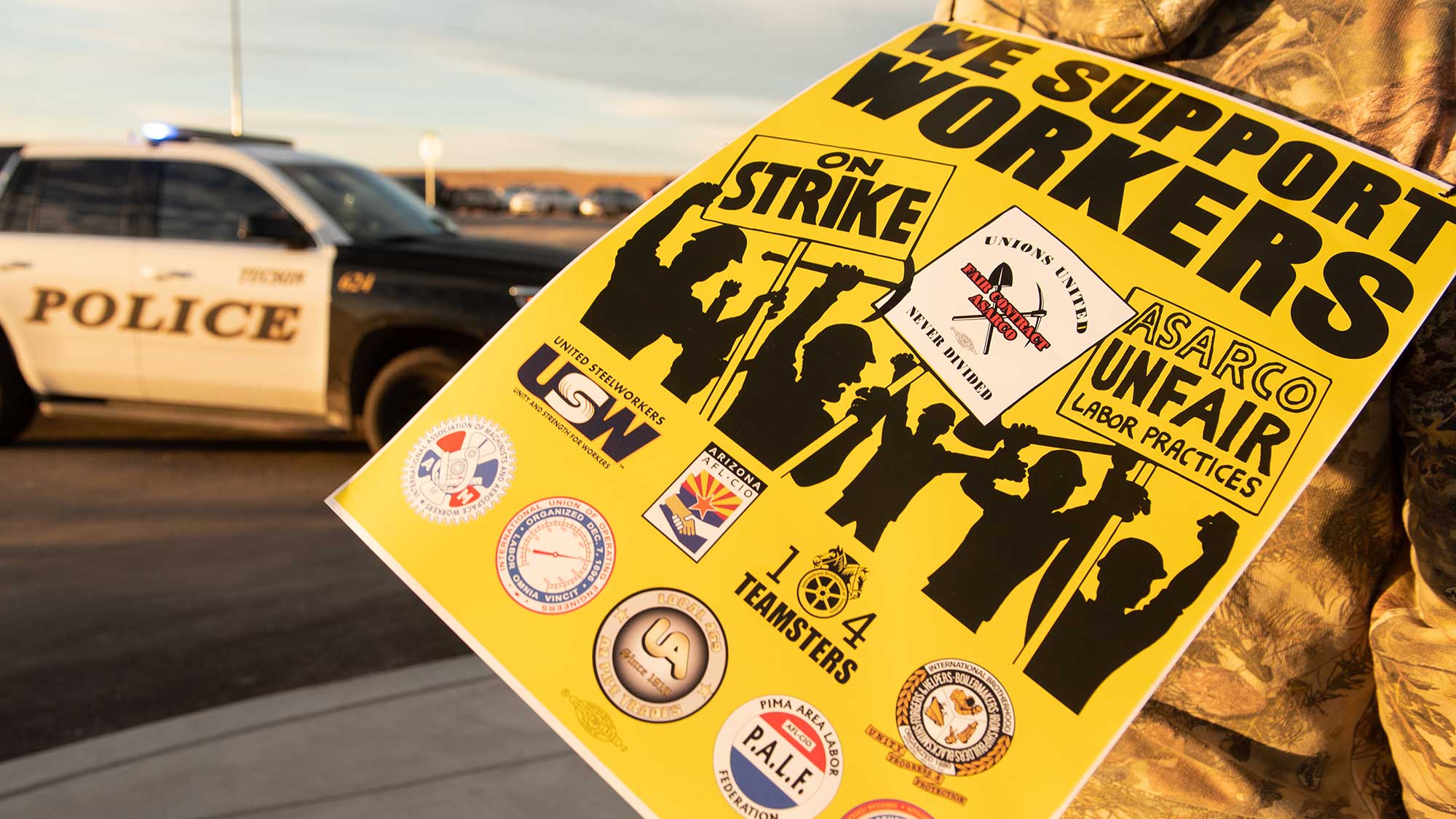 More than 1,700 workers from a number of unions have been on strike against Asarco copper mining and refining operations in Arizona and Texas for four months now.
Courtesy United Steelworkers

WASHINGTON – Striking Asarco workers passed four months on the picket line Thursday, but union officials insist they have strong community support and that workers are committed to staying out until they get a fair deal.

Pima County officials held a fourth job and resource fair on site Thursday, the same day union officials were in Phoenix filing more than 3,000 pages of documents as part of a claim with the National Labor Relations Board.

Organizers said donations are coming in from near and far and that elected officials have continued to show support to the strike, including Tucson Mayor Regina Romero, who joined picketing workers last week.

In a letter to executives at Grupo Mexico, which owns Asarco, Romero criticized what she called the company’s “unwillingness to negotiate a fair deal” with workers who need “fair, living wages with good benefits.”

“All they want is to negotiate a fair labor contract and then keep on working,” her letter said. “It is something that is concerning to me as the mayor of the city.”

Officials at Asarco did not respond to multiple requests for comment on the strike.

The strike began Oct. 13 when workers rejected a “best and final” contract from Asarco that the union said froze wages, raised health care costs to workers and cut into pensions and bonuses for workers, who have not received a raise in 11 years.

The strike includes more than 1,700 workers at five Asarco facilities in Texas and Southern Arizona that include copper mining, smelting and refining operations. Union officials said strikers have manned picket lines around the clock at those facilities.

It’s not been easy for workers, said Ruben Gonzales, vice president of United Steel Workers Local 937, one of seven unions affected by the strike.

He said many of the striking workers have found side jobs in their fields to help pay the bills, but that help is coming from other quarters as well, including strike fund support from other unions and donations from local businesses and private individuals.

The AFL-CIO in Orange County, Calif., sent a 53-foot semitrailer packed with food, toys and presents for the Thanksgiving and Christmas holidays, said Paul Stapleton-Smith, a coordinator with the Pima Area Labor Federation. 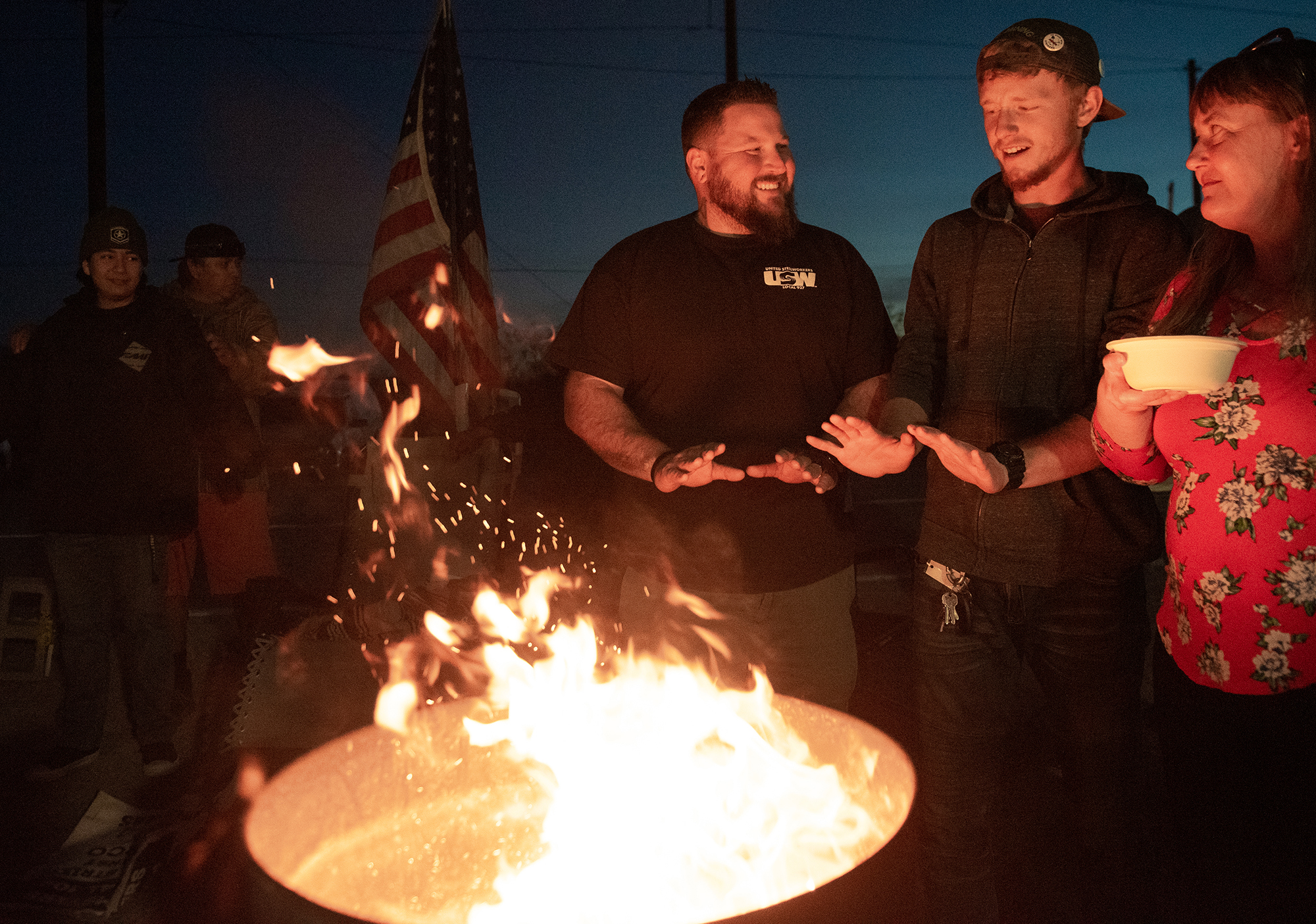 Thursday’s job fair was also a resource fair, aimed at giving workers help with everything from new jobs and mortgage refinance to basic health checkups and diapers for children.

“We have gotten continued donations from France, Australia, Africa, all over the United States,” he said. “When merchants learn that these are Asarco families, restaurant owners are like, ‘Striking Asarco workers, you can eat for free.’ There is much goodness in this world.”

The strike is also having an effect on the community, although the exact impact is hard to pinpoint. But in a video produced by the steel workers, Angela Ramirez talks about the impact at the General Kearny Inn, where she is the manager.

That was echoed by Romero in a phone interview.

“It’s affecting not just 750 employees but especially their families, and it is affecting the economy of our city,” she said.

Romero is not the only elected official to weigh in. Rep. Ann Kirkpatrick, D-Tucson, has voiced her support for the strikers and Rep. Raul Grijalva, D-Tucson, joined the picket line last month, union leaders said.

Romero said anything people can do “to show support for the strikers is beneficial.”

“Even if you show up and just stand by them – in solidarity – on the strike line that’s good. The food boxes for their food pantry that they have put together,” she said. “Any type of demonstration or support is actually something that will go a long way.”

Gonzales said he, like most of the workers, is not going anywhere.

Eds.: A previous version of this story misspelled the name of the General Kearny Inn in the 16th paragraph.

Automation could leave many Arizonans out of work, study warns Senate hears bill on Grand Canyon mining Study says rigid housing laws are contributing to Arizona's housing shortage
By posting comments, you agree to our
AZPM encourages comments, but comments that contain profanity, unrelated information, threats, libel, defamatory statements, obscenities, pornography or that violate the law are not allowed. Comments that promote commercial products or services are not allowed. Comments in violation of this policy will be removed. Continued posting of comments that violate this policy will result in the commenter being banned from the site.