Sen. McSally and Rep. Kirkpatrick both vowed to fight the move to retire dozens of A-10s, a mainstay at Tucson's Davis-Monthan. by Associated Press Tweet 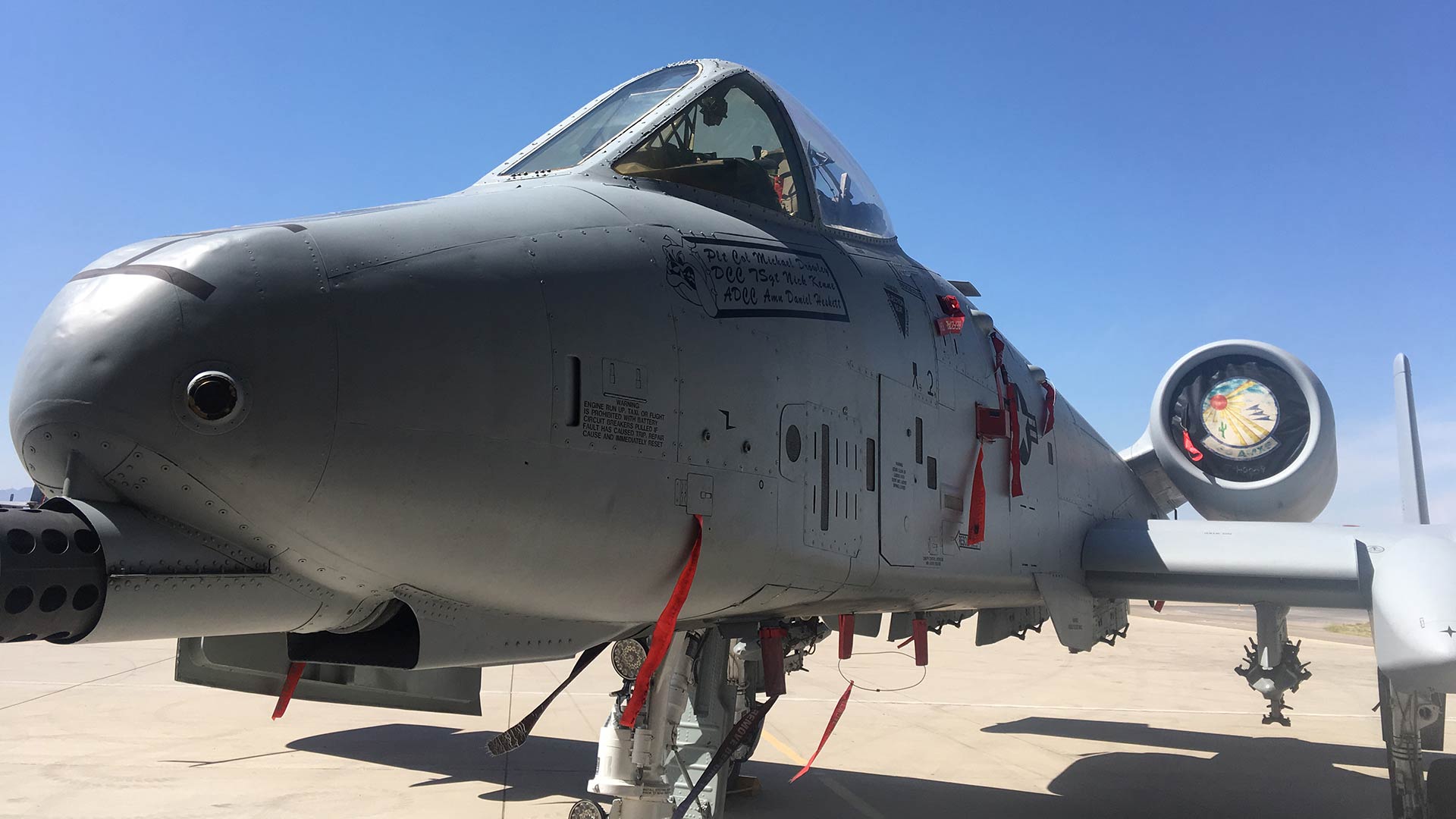 An A-10 assigned to the 355th Fighter Wing commander at Davis-Monthan Air Force Base, June 29, 2018.
Christopher Conover/AZPM

Some Arizona lawmakers intend to fight a plan by the U.S. Air Force to begin retiring parts of the nation’s fleet of A-10 Thunderbolt II ground-attack jets, which are part of a major operation at Davis-Monthan Air Force Base in Tucson.

The Arizona Daily Star reports that decommissioning the jets is part of an Air Force objective to drop some older, legacy weapon systems to help pay for new programs.

Eds.: A previous subheadline of this story incorrectly identified the title of U.S. Rep. Ann Kirkpatrick.

Fort Huachcua commander on COVID-19 precautions on post UA finds a third of undergrads stay in the Tucson metro area after graduation TUSD offering free childcare for the first time
By posting comments, you agree to our
AZPM encourages comments, but comments that contain profanity, unrelated information, threats, libel, defamatory statements, obscenities, pornography or that violate the law are not allowed. Comments that promote commercial products or services are not allowed. Comments in violation of this policy will be removed. Continued posting of comments that violate this policy will result in the commenter being banned from the site.