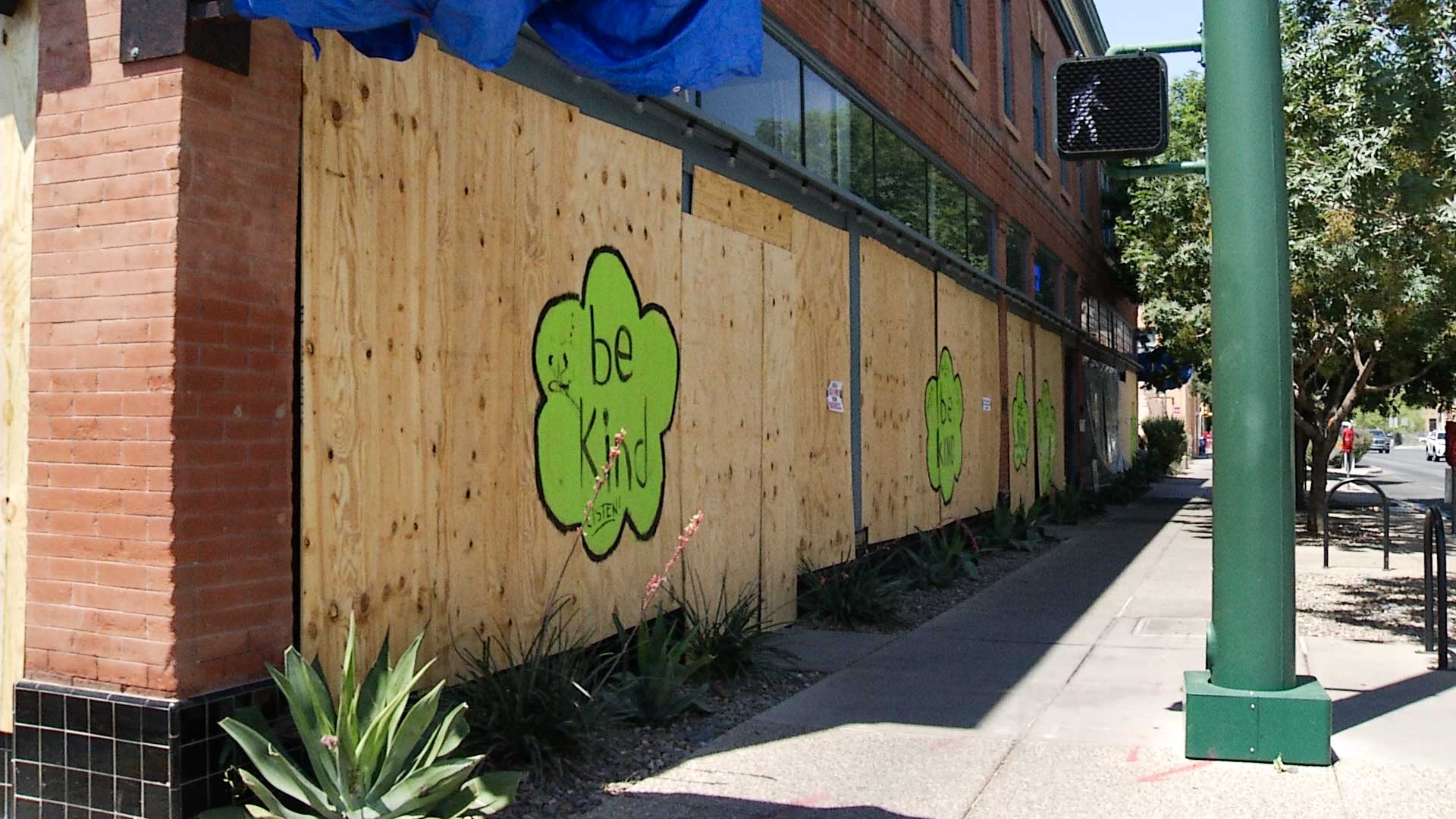 The windows of Charro Steak on East Broadway boarded up on June 1, 2020.
John DeSoto/AZPM

Many Arizonans were blindsided last weekend when the governor declared a state of emergency and statewide curfew in response to protests over police violence. That was especially true for restaurants trying to return from the stay-at-home order.

Downtown Kitchen and Cocktails owner Janos Wilder met with his staff last Sunday night to plan his restaurant's opening Monday after two months of quarantine. Then his phone lit up with a notification: Gov. Doug Ducey had just declared an 8 p.m. curfew.

It wasn't clear to Wilder at the time there was an exception for businesses, so he postponed. He said he could manage the delay, but other businesses might not be so lucky.

"We’ve been hit with sort of a double whammy. The pandemic would have been bad enough," he said.

After being closed three months, he reopens his dining room Friday — another week later than he intended. He's added a second patio to space out seating and he's completely redone his restaurant's menu.

"As people are aware whenever they go to the grocery store, they see prices just keep on rising and we certainly have seen disruptions in our supply chains," he said.

In any other year, a spot in downtown Tucson's entertainment district promised plenty of eager clientele. But in 2020, it's proven to be a liability. Janos hopes people feel it's safe to come back.

He supports the protests and says a national reckoning over race is due. But he's also looking forward to taking the plywood off his windows and welcoming diners back.

Pima County switches to mandatory curfew What history can tell us about the power of protest Senate hears bill on Grand Canyon mining
By posting comments, you agree to our
AZPM encourages comments, but comments that contain profanity, unrelated information, threats, libel, defamatory statements, obscenities, pornography or that violate the law are not allowed. Comments that promote commercial products or services are not allowed. Comments in violation of this policy will be removed. Continued posting of comments that violate this policy will result in the commenter being banned from the site.