Most of the cases are from students living off campus. by Christopher Conover Tweet 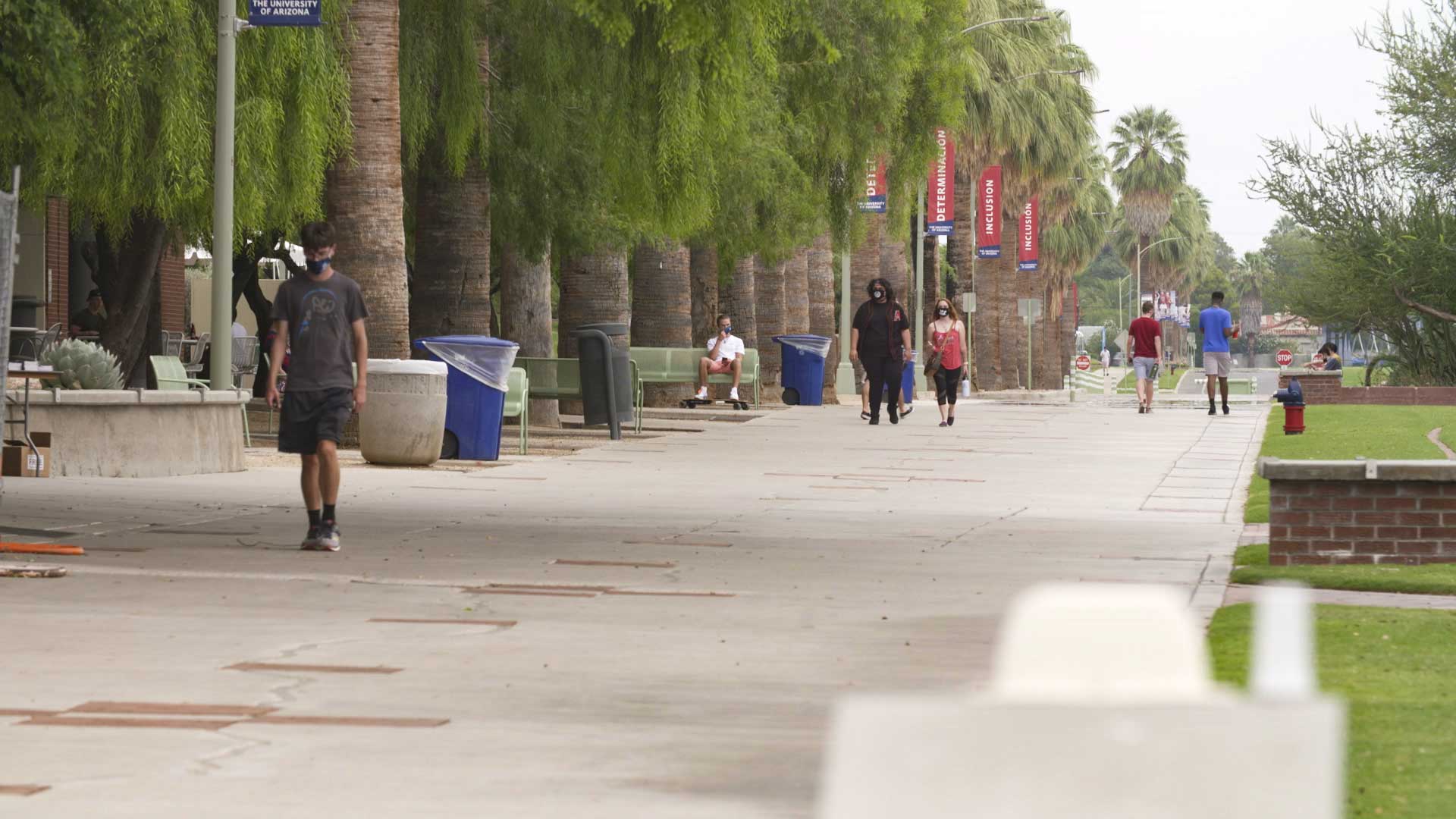 More than 200 cases of COVID-19 were confirmed on the campus of the University of Arizona this week. The university has a positive test rate of 8.3%, according to UA President Robert Robbins.

Thursday was the third day with a large increase in cases.

“I worry every day. This is what we do all day, every day, is talk about this. I am incredibly concerned about this,” said Robbins.

Most of the cases, according to Robbins, are asymptomatic and come from students living off campus. The isolation dorm run by the university currently has 54 students in it, the rest of the positive cases are self-quarantining off campus.

They said they have heard about some large parties and are ready to break them up and dole out punishment, which could include expulsion, if necessary.

To help combat the spread of the novel coronavirus, the university is increasing the amount of testing.

“We’ve increased the number of tests we’re going to do on this campus every week to 5,000 per week,” said Robbins.

The goal, according to the university president, is 1,000 tests a day Monday through Friday.

The university is using an antigen test which is less sensitive than the PCR test but can return results in two hours or less.

Pima County taking testing to where the college students are News roundup: Corporation Commission race approaching, federal unemployment dries up UA reports its highest number of daily COVID-19 cases so far
By posting comments, you agree to our
AZPM encourages comments, but comments that contain profanity, unrelated information, threats, libel, defamatory statements, obscenities, pornography or that violate the law are not allowed. Comments that promote commercial products or services are not allowed. Comments in violation of this policy will be removed. Continued posting of comments that violate this policy will result in the commenter being banned from the site.