The $300 million project is expecting to improve safety and reliability. by Jake Steinberg Tweet 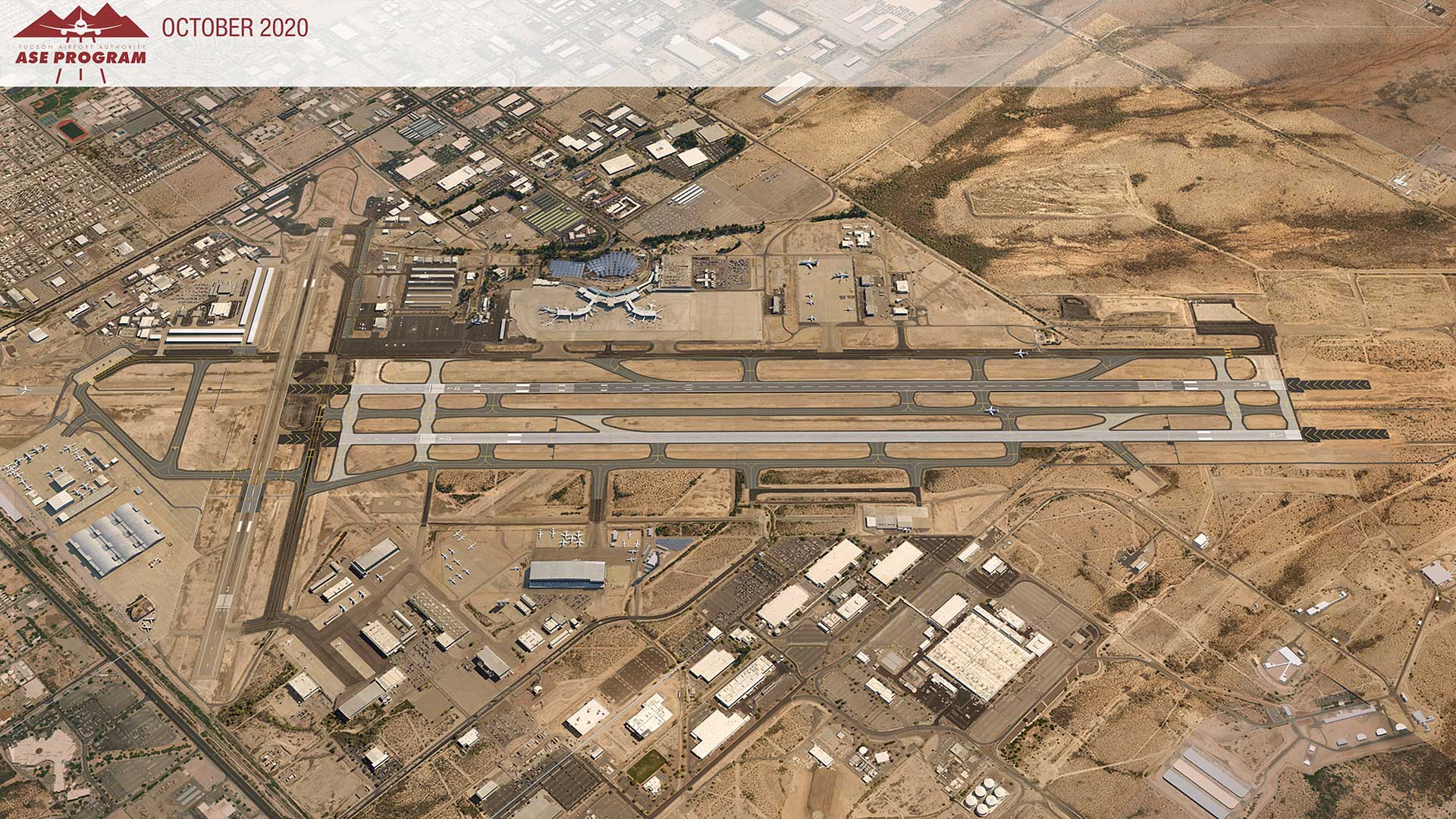 The Tucson International Airport is about to get a facelift, and at $300 million, it's the largest in the airport history.

The Tucson Airport Authority on Thursday will break ground on a project to rebuild an existing general aviation runway as a two-mile-long commercial runway capable of landing passenger planes. The upgrade will also bring the decades-old airfield in line with modern safety regulations, adding a taxi lane between the new runway and the existing commercial runway.

"Right now, those parallel runways, there's nothing in between them essentially," said TAA Vice President of Planning and Engineering Mike Smejkal. He said planes that have just landed often have to cut across the main runway. By adding a taxi lane, he said it will require pilots to take two 90 degree turns, which will slow them down and decrease the likelihood of accidents.

The two-runway configuration will also provide the airport redundancy if one runway has to close. "Whether it's a maintenance issue or whether there's other reasons we need to take down the primary runway, it will give us a lot more flexibility and enable to continue to allow the airport to operate," he said.

Smejkal said the Federal Aviation Administration will pay the lions share of the construction, covering 90%. The Arizona Department of Transportation is also pitching in about 5%, with the remaining 5% coming from the nonprofit airport authority, which is funded by airport revenues and not tax dollars.

The new runway is expected to be operational by 2023 with construction is continuing through 2024.

Bankruptcies in AZ dropped in 2022 Pima County tourism saw strong rebound in 2021 Arizona approved for federal relief funds to support small-business growth in underserved communities
By posting comments, you agree to our
AZPM encourages comments, but comments that contain profanity, unrelated information, threats, libel, defamatory statements, obscenities, pornography or that violate the law are not allowed. Comments that promote commercial products or services are not allowed. Comments in violation of this policy will be removed. Continued posting of comments that violate this policy will result in the commenter being banned from the site.