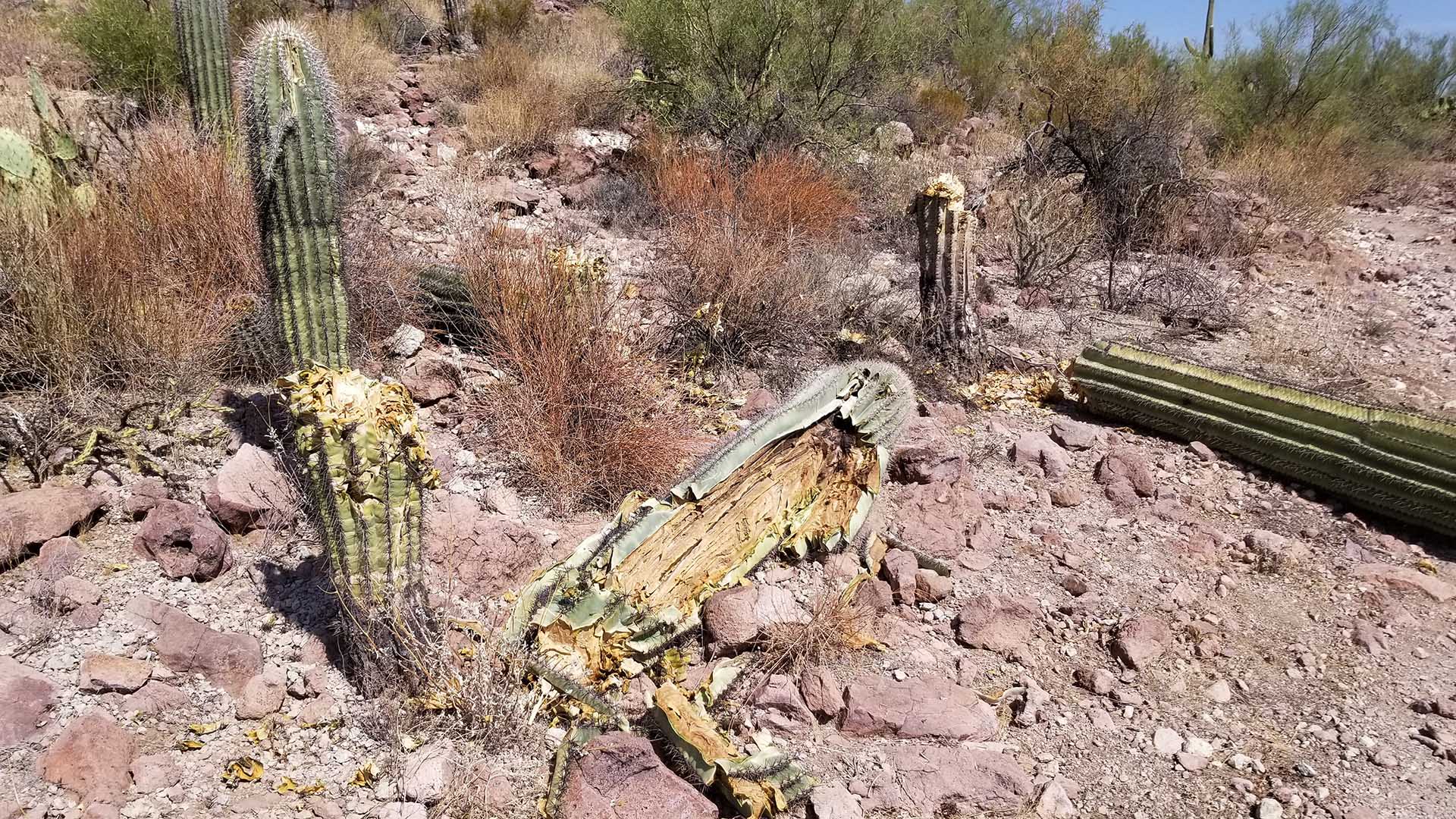 The National Park Service is looking for clues into the vandalism of a dozen of the iconic saguaros at the western unit of Saguaro National Park. Nine of the plants were chopped down with an axe or something similar, and three others were damaged.

The park service has a tip line, 888-653-0009, a web page and an email address (nps_isb@nps.gov) for reporting information. Spokeswoman Andy Fisher says people living in the area might have seen something that will help find who did it.

"There's a neighborhood very nearby where lots of local folks often go out, so maybe there's an opportunity to either narrow down the window or maybe somebody's overheard something or seen something in the parking lot. It's that kind of information that we're currently looking for," Fisher said.

She says the cacti were chopped down sometime around Oct. 3, based on when the damage was first reported. She says the nine plants that were severed are likely dead, but park officials hope the other three will eventually recover.

Saguaros grow very slowly, and can take a century to reach ten feet in height.

Groups allege attempted sale of saguaros from border wall; ask state to investigate Saguaro Census Park Service: Saguaro National Park Adds $88M to Economy
By posting comments, you agree to our
AZPM encourages comments, but comments that contain profanity, unrelated information, threats, libel, defamatory statements, obscenities, pornography or that violate the law are not allowed. Comments that promote commercial products or services are not allowed. Comments in violation of this policy will be removed. Continued posting of comments that violate this policy will result in the commenter being banned from the site.