The decision was made when the team determined they had plenty of material, which was leaking from the collection head. by Christopher Conover Tweet 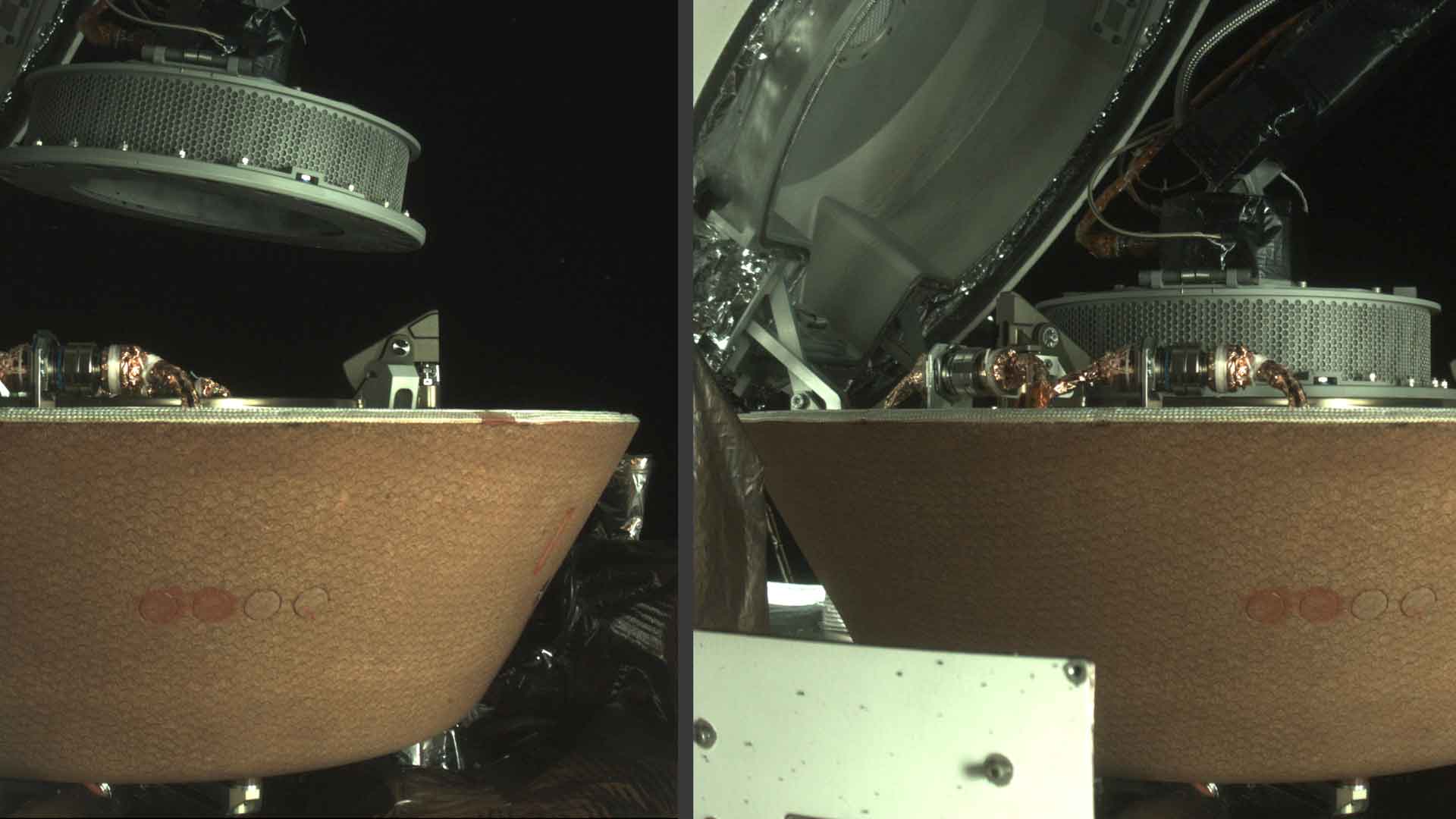 The OSIRIS-REx spacecraft stows the TAGSAM collection head after gathering samples from the surface of the asteroid Bennu, Oct. 29, 2020
NASA/Goddard/University of Arizona/Lockheed Martin

The OSIRIS-REx team commanded the spacecraft to stow the sample from the asteroid Bennu about a week earlier than planned.

The decision to stow the sample was made after the science team determined they had plenty of material and it was leaking from the collection head.

The leak was caused by a small flap that was jammed open by regolith, or surface material, from Bennu. Material leaked each time the collector head was moved.

“We’ve come to realize that the particle loss which continued throughout the entire stow is what I would call a saltshaker effect,” said Dante Lauretta, University of Arizona scientist and principal investigator for the OSIRIS-REx mission.

Even though movement of the head caused material to spill out, the science team was able to get some knowledge about how surface particles behave in the microgravity environment near Bennu.

“Even though my heart breaks for loss of records, it turned out to be a pretty cool science experiment and we’re learning about how the particles behave in microgravity, and there is an enormous wealth of data to be mined and the team,” said Lauretta.

Lauretta said the team does not know exactly how much material it collected but they are sure it is at least hundreds of grams, and probably closer to 2 kilograms. The goal was to collect 60 grams.

OSIRIS-REx will return the sample to Earth in 2023.

NASA calls University of Arizona a "crown jewel" Student study sheds light on unique space rock News roundup: UA kicks off graduations, OSIRIS-REx heads back to Earth
By posting comments, you agree to our
AZPM encourages comments, but comments that contain profanity, unrelated information, threats, libel, defamatory statements, obscenities, pornography or that violate the law are not allowed. Comments that promote commercial products or services are not allowed. Comments in violation of this policy will be removed. Continued posting of comments that violate this policy will result in the commenter being banned from the site.