Arizonans approve tax on wealthy to fund education. Now what?

Your questions about Proposition 208, the Invest in Ed ballot measure, answered. by Jake Steinberg Tweet 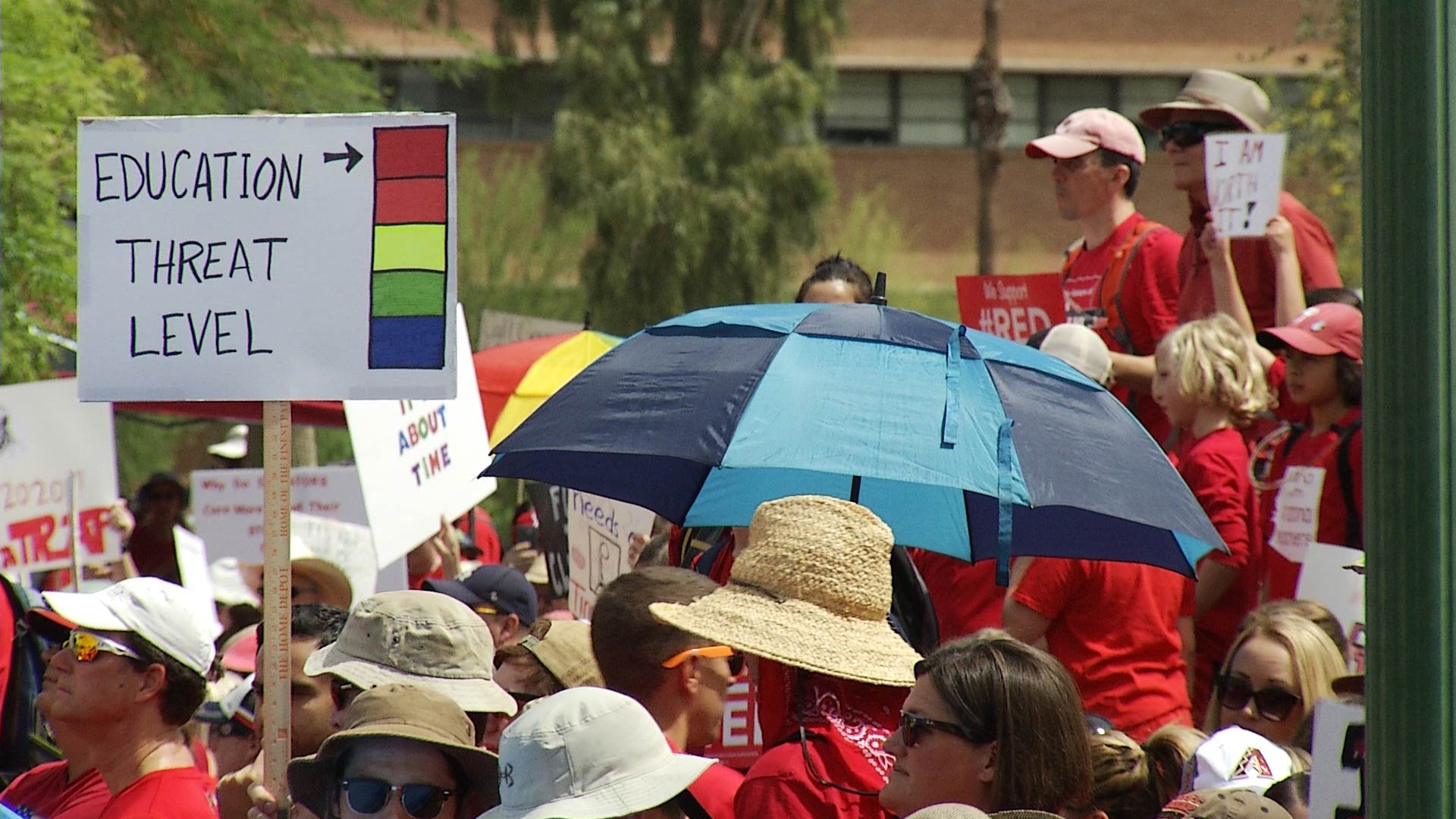 Arizona voters have approved Proposition 208, the so-called Invest in Ed ballot measure that would increase funding for teacher pay with a tax on the wealthy. The Associated Press called the race Thursday night.

"I think it is a clear statement that the voters of Arizona not only see the need but they found a revenue stream that they support to permanently dedicate targeted funding to every school in the state," said Arizona Education Association president Joe Thomas after declaring victory at a 8:30 p.m. press conference on Election Day. "When the canvass is officially over, the voters will have sealed the deal on something no legislature has had the courage to do, no governor has had the courage to do."

Teachers unions and education advocates pitched the measure as a solution to the state's chronic teacher shortage and shortfall in education funding, which has ranked among the lowest per-pupil in the nation. Opponents of the measure worry it will hamper Arizona's economic recovery by raising taxes and hurting the state's ability to attract companies from higher-tax states.

Here's is how the new law will affect you and your schools:

Will my taxes increase?

Not unless you are in the 4% of Arizona residents who file in the state's highest tax bracket. The law will raise taxes on high earners by 3.5 percentage points, from 4.5% to 8%. That applies to income over $250,000 for individual filers, and income over $500,000 for a couple filing jointly or someone filing as head of household. The tax applies only to taxable income, and takes effect after deductions are factored in.

How much money will this raise?

The Joint Legislature Budget Committee estimates the tax would generate about $827 million in its first year, which is about 13% of what the state spent on education this year.

Where will the money go?

The collected revenue would go into a special fund for public school districts and charter schools. Here's how that fund is broken down:

Who decides how the money is spent?

The money goes out as grants to public school districts and charter schools. It's up to the district how to spend the money, so long as they meet the statutory requirements above.

I make enough to qualify for the new tax. How much more will I have to pay?

I'm a teacher. Does this mean I'll get a raise?

The measure requires school districts to spend 50% of the money to hire and increase the base compensation of teachers. But it also defines as teachers “non-administrative personnel, including certified teachers, who instruct students or support student academic achievement … including classroom teachers, early childhood teachers, mentor teachers, instructional coaches and academic interventionists.”

I'm a small business owner. Does this mean I have to pay more in taxes?

If you file your business income under the individual tax rates, yes. The new rate will apply to taxable income above $250,000 or $500,000 after small business tax deductions are factored in.

When does the new tax rate apply?

Could the state Legislature change the law?

Arizona law protects voter-approved initiatives. The Legislature cannot repeal the law without voter approval. To change the law, three-quarters of the Legislature must agree on an amendment, and even then, it is statutorily required that any changes to the law further the purposes of the law.

Invest in Ed is headed to court, again TUSD pushes back date for hybrid learning International exhibition focuses on children's pandemic self-portraits
By posting comments, you agree to our
AZPM encourages comments, but comments that contain profanity, unrelated information, threats, libel, defamatory statements, obscenities, pornography or that violate the law are not allowed. Comments that promote commercial products or services are not allowed. Comments in violation of this policy will be removed. Continued posting of comments that violate this policy will result in the commenter being banned from the site.