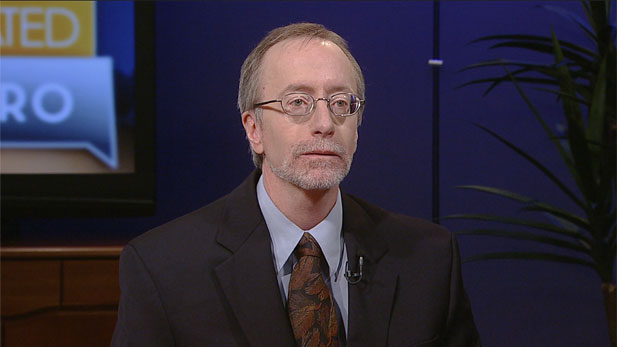 Economist George Hammond talks about the state of the Arizona economy.
AZPM

University of Arizona research indicates the state’s economy has seen substantial recovery toward its pre-pandemic peak last February but that the recovery's breadth during the pandemic has varied widely by job sector and by geography.

Hammond says leisure and hospitality jobs remain the hardest hit but trade, transportation and utilities unemployment increased since February. Hammond said the recovery has been uneven statewide. He said the Phoenix area “is completely responsible for the state’s job growth since June.”

COVID concerns send 2021 volunteer tax assistance online News roundup: Economic relief for Arizonans in pandemic, vaccine sites increase capacity Priorities laid out by Supt. Hoffman in State of Education address
By posting comments, you agree to our
AZPM encourages comments, but comments that contain profanity, unrelated information, threats, libel, defamatory statements, obscenities, pornography or that violate the law are not allowed. Comments that promote commercial products or services are not allowed. Comments in violation of this policy will be removed. Continued posting of comments that violate this policy will result in the commenter being banned from the site.