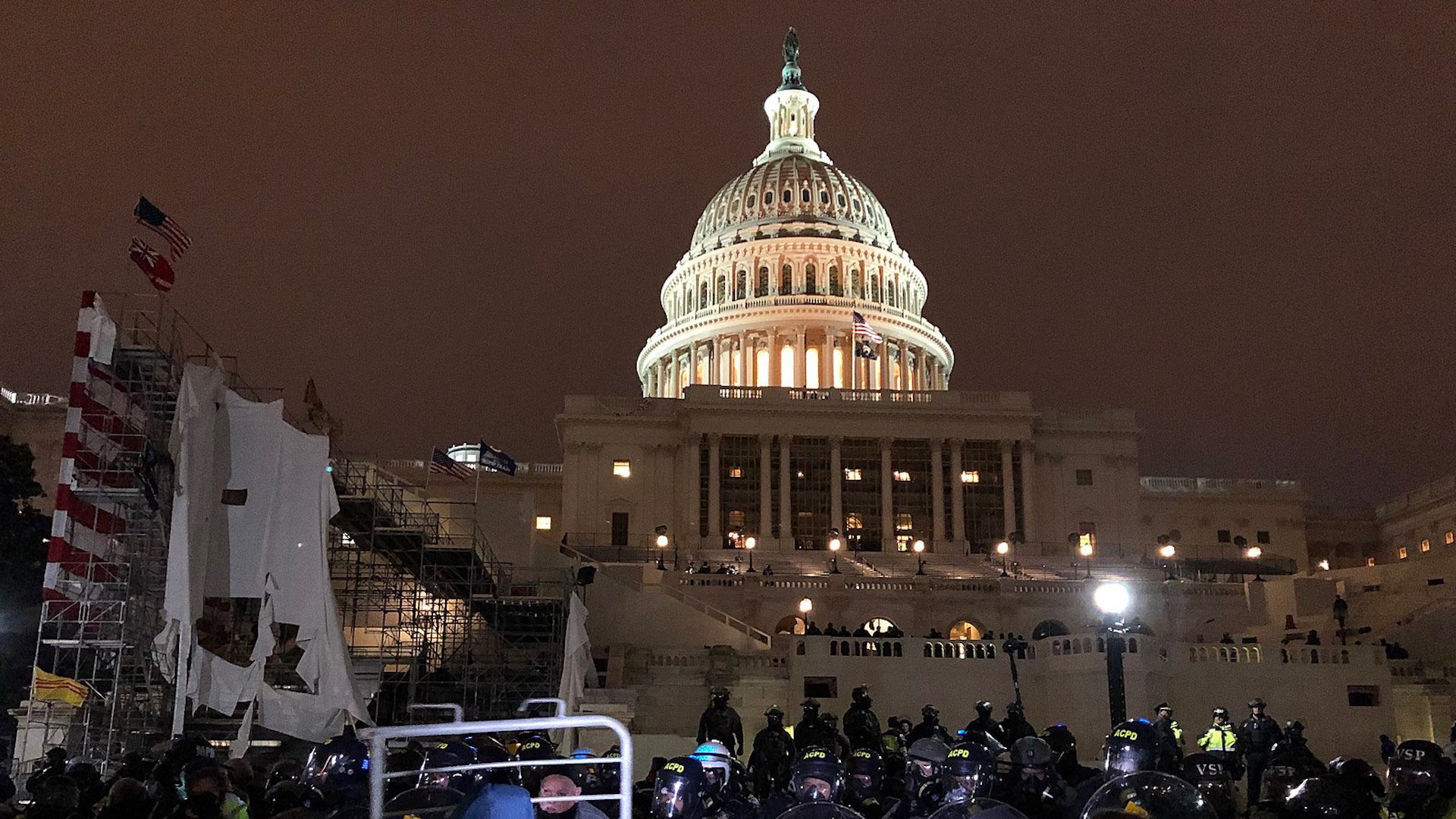 Civility researchers think the aftermath of the Jan. 6 U. S. Capitol riot will take a long time to resolve.
Tyler Merbler

Researchers say many rank and file Democratic and Republican voters may be closer to common ground on political issues than their elected representatives are.

Keith Allred heads the University of Arizona’s National Institute for Civil Discourse in Washington. He notes the political divide looks different outside the Beltway.

“In fact the research shows the average Republican and the average Democrat is half as far apart on the issues as they think they are," he said.

Allred believes the country is at a turning point regarding civility. He says last month’s insurrection and Presidential inauguration along with next week’s Trump impeachment trial has created a tear in the national discourse which will take a long time to repair. He adds the pandemic has robbed the country of common cultural events that typically serve to unify people.

Arizona’s political landscape in the Biden era After Capitol riot, civility advocates look to bridge political divides Arizona electoral votes accepted after storming of the Capitol
By posting comments, you agree to our
AZPM encourages comments, but comments that contain profanity, unrelated information, threats, libel, defamatory statements, obscenities, pornography or that violate the law are not allowed. Comments that promote commercial products or services are not allowed. Comments in violation of this policy will be removed. Continued posting of comments that violate this policy will result in the commenter being banned from the site.