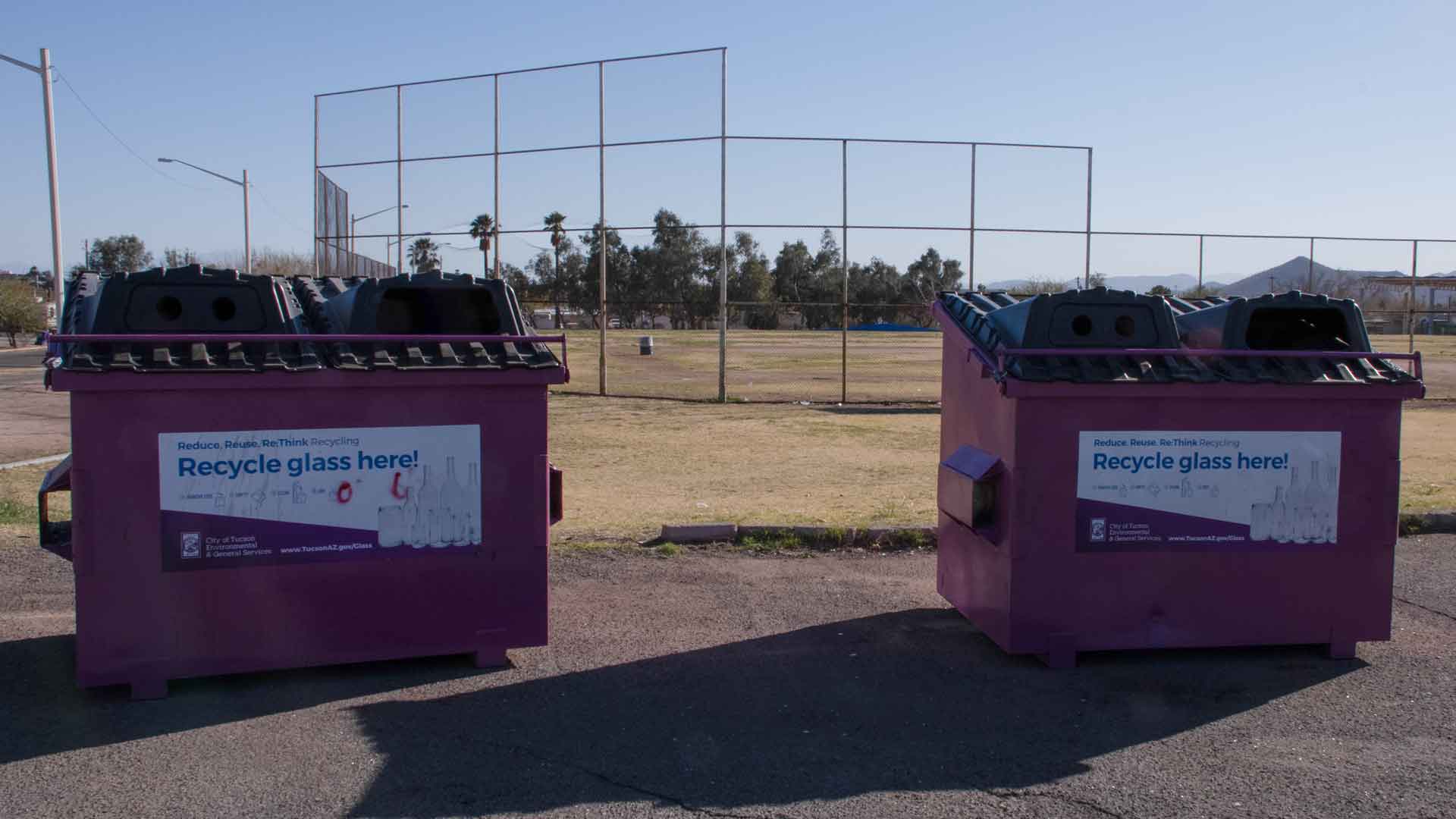 The City of Tucson now requires glass for recycling to be placed in bins, not curbside containers.
Christopher Conover/AZPM

As of Feb. 1, the City of Tucson stopped curbside pick up of recycled glass, but recycling of the material continues.

Until the change, the glass Tucsonans were putting into their curbside bins was trucked to a national glass recycling company, Strategic Materials, in Phoenix. The crushed glass that the company sells to its customers stays in the region and returns to Arizona grocery store shelves quickly.

“If you buy some of the mainstream beer off the shelf and you put it in your recycling bin, it will be recycled in Arizona, manufactured into a new bottle and back on an Arizona shelf in less than 30 days,” said Laura Hennemann, Vice President of Marketing, Strategic Materials.

Bottles and jars are not the only use for the glass that is recycled at the company’s facility in Phoenix.

“Our secondary large market is fiberglass insulation and then we’ve got some other markets where the glass could potentially go just to avoid landfill,” said Hennemann.

The food and beverage industry is hungry for recycled glass because more and more products are using glass containers. 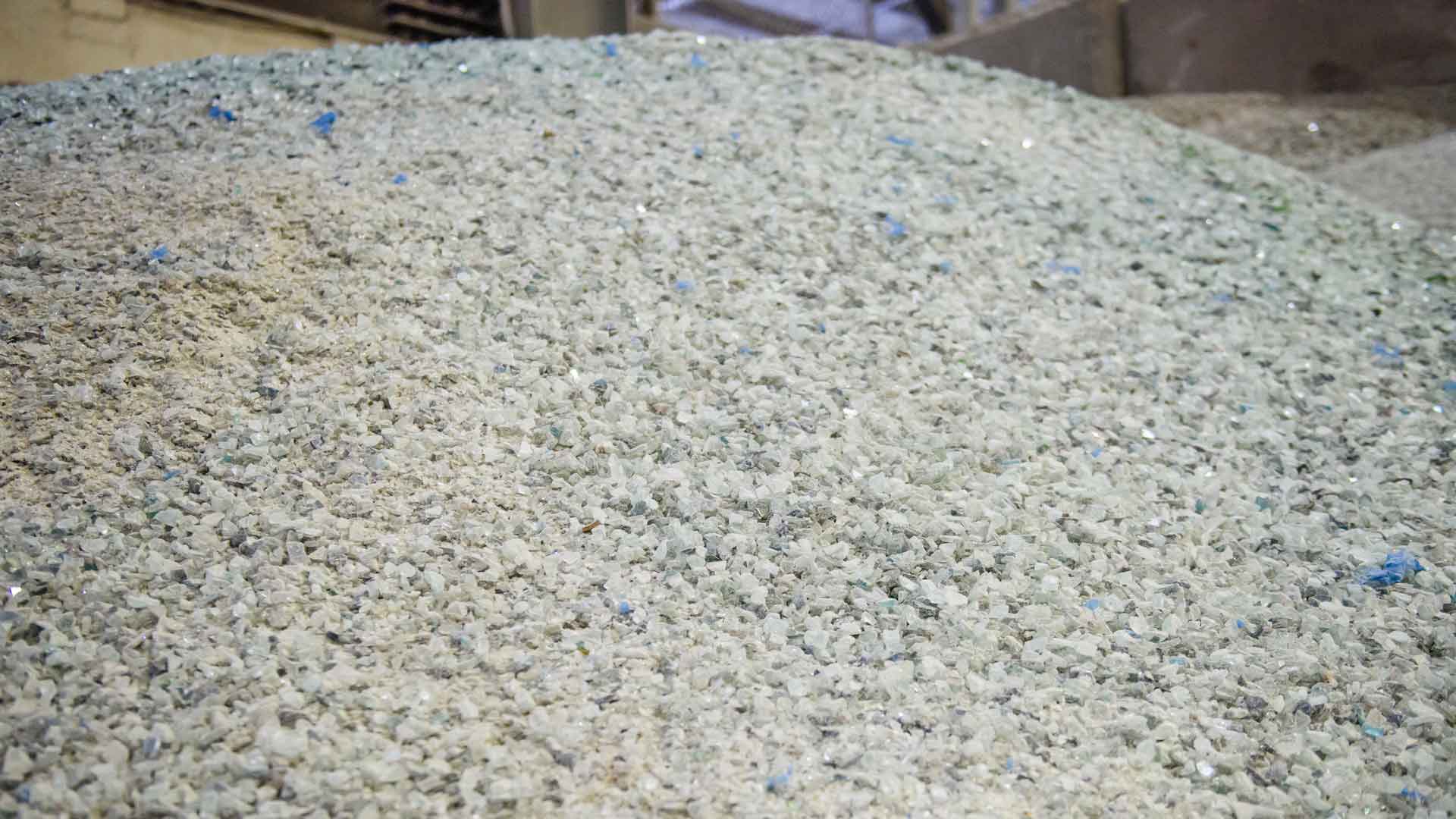 But even with that increasing demand, DeFife said economics has always played a role in local government decisions about recycling glass because it is heavy and therefore expensive to move around.

Tucson’s glass is not going to the landfill, but economics did drive the city’s decision to stop picking up the product with other curbside recyclables.

“It's been costing the city a considerable amount of money, pick it up, take it out, separate it at the materials recycle facility, and then ship it off. There is no local market for glass at this point and that’s been going on for several years now,” said Tucson City Council member Steve Kozachik.

The city is trying to create its own local market for the used glass that does not involve a recycling contract with an outside company.

He said the glass, which is crushed locally, will also be used for sidewalk repair and can be mixed into asphalt.

Keeping the used glass in town could be the first change to recycling in Tucson.

“This is just one step, the glass is the first commodity, its heavy its costly so, we’re starting with that and we’re going to turn back on this in fact we are looking forward as to how many commodities we can put into this whole process,” Kozachik said.

When things like plastic or paper will stay in Tucson and be used in news ways, Kozachik couldn’t say.

News roundup: Local officials discuss fed stimulus, nearby states prepare for Colorado River negotiations Tucson checking contents of recycling bins UA gives Pima County COVID-19 vaccines
By posting comments, you agree to our
AZPM encourages comments, but comments that contain profanity, unrelated information, threats, libel, defamatory statements, obscenities, pornography or that violate the law are not allowed. Comments that promote commercial products or services are not allowed. Comments in violation of this policy will be removed. Continued posting of comments that violate this policy will result in the commenter being banned from the site.