Both face first-degree murder and drive-by shooting in the killing of sophomore Forrest Keys. by Associated Press Tweet 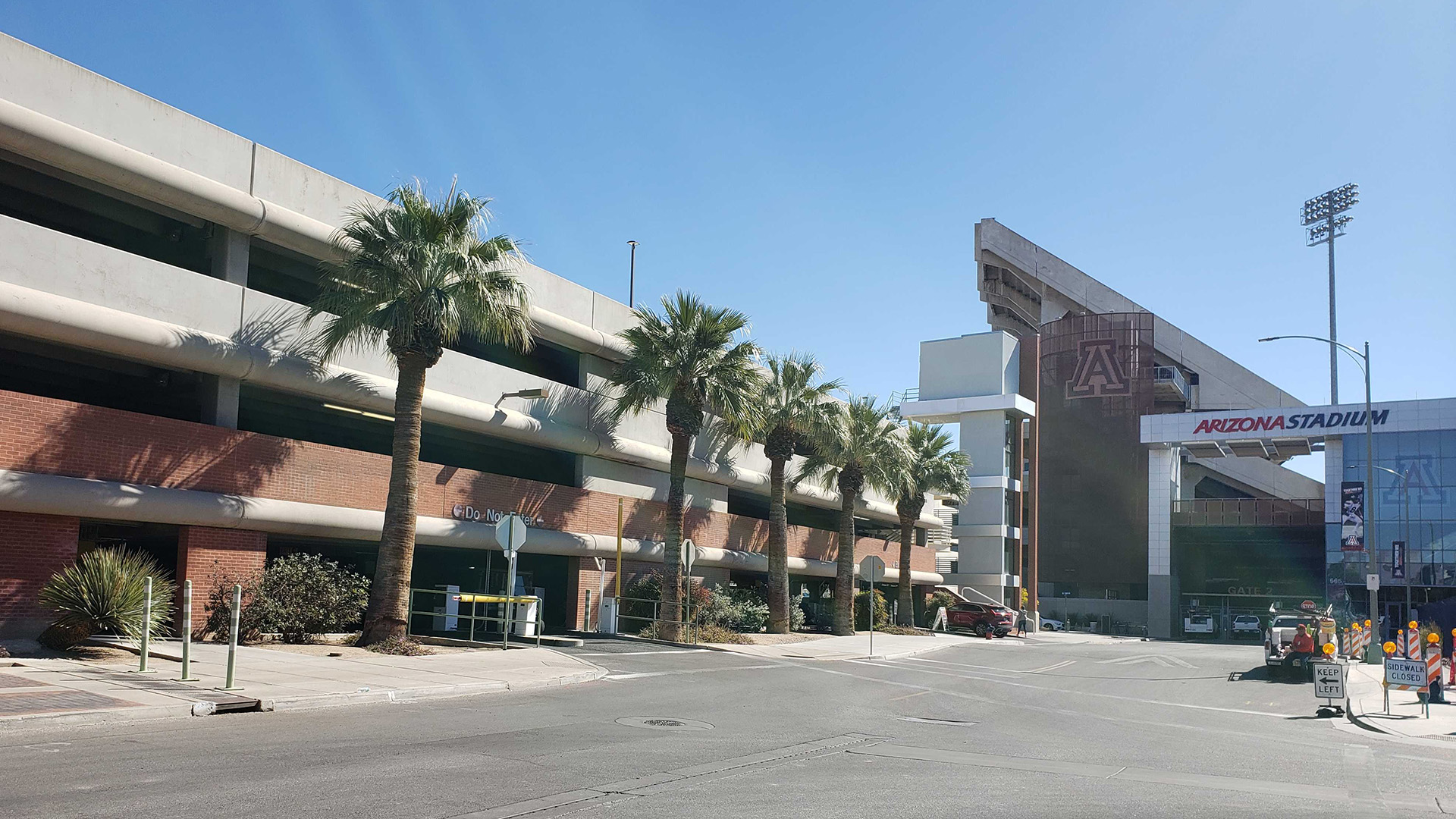 The Cherry Avenue Garage is beside the University of Arizona McKale Memorial Center.
Kassandra Lau/AZPM

Tucson police say two additional teenagers have been arrested in the Feb. 20 shooting death of a University of Arizona student in a campus parking garage.

Police said the two youths arrested Friday and one arrested Thursday are all 17 years old. The three were jailed on suspicion of first-degree murder and drive-by shooting in the killing of Forrest Keys. AZPM generally does not identify juvenile criminal suspects.

Online court records didn’t indicate whether the three had defense lawyers who could comment on their behalf.

The 20-year-old Keys was a sophomore from Philadelphia majoring in communications.

Arizona and Duke agree to basketball series for 2023 and 2024 Travel Route 66 with "The Great Muslim American Road Trip." Heeke named to NCAA committee
By posting comments, you agree to our
AZPM encourages comments, but comments that contain profanity, unrelated information, threats, libel, defamatory statements, obscenities, pornography or that violate the law are not allowed. Comments that promote commercial products or services are not allowed. Comments in violation of this policy will be removed. Continued posting of comments that violate this policy will result in the commenter being banned from the site.