They say the historic Mars Ingenuity helicopter flight is only the beginning. by Tony Perkins Tweet 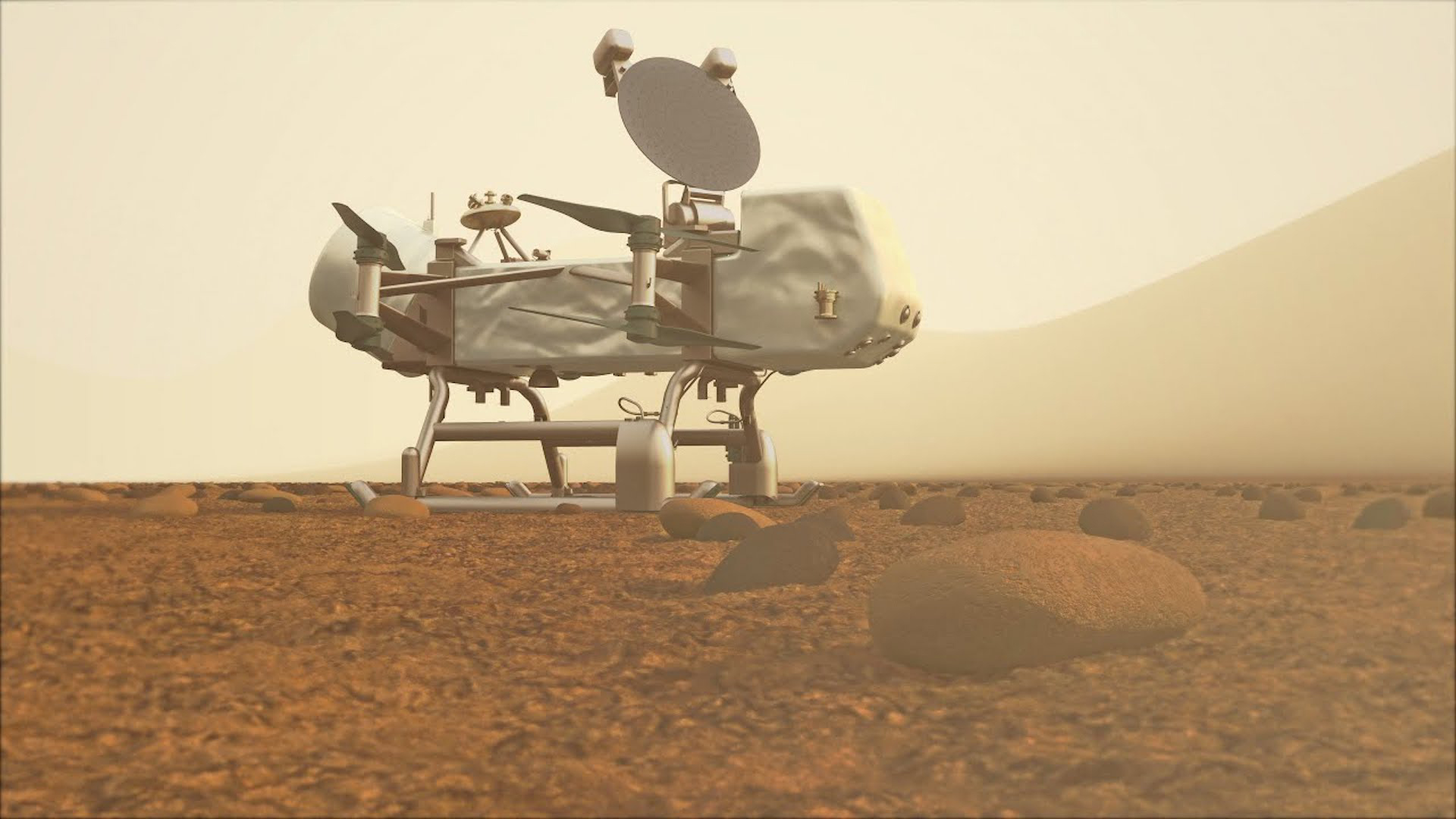 The Dragonfly helicopter could become the first spacecraft to fly in the atmosphere of one of Saturn's moons.
NASA

The successful flight of Ingenuity - an unmanned helicopter on Mars - is paving the way for an upcoming University of Arizona-connected mission.

The Dragonfly spacecraft is projected to fly over the surface of Titan, one of the moons of Saturn, in 2036. It will follow in the footsteps of NASA’s Ingenuity demonstration experiment which took an historic short hop on Mars. UA planetary scientist Tim Swindle notes a helicopter like Ingenuity gives researchers new tools for space exploration.

“We have people working on how you integrate science you could do off a helicopter with the science you can do off a rover and planning how you work those together," he said.

Ingenuity’s controllers are trying to guide it through the thin atmosphere of Mars. Dragonfly will tackle a thicker atmosphere on Titan, which is suspected of having an interior ocean beneath a surface of water ice. Its proposed launch date is 2027.

NASA turns its attention to Venus UA scientists testing drones for Mars...in Iceland Asteroid hunters find a telescope testing center near Tucson
By posting comments, you agree to our
AZPM encourages comments, but comments that contain profanity, unrelated information, threats, libel, defamatory statements, obscenities, pornography or that violate the law are not allowed. Comments that promote commercial products or services are not allowed. Comments in violation of this policy will be removed. Continued posting of comments that violate this policy will result in the commenter being banned from the site.