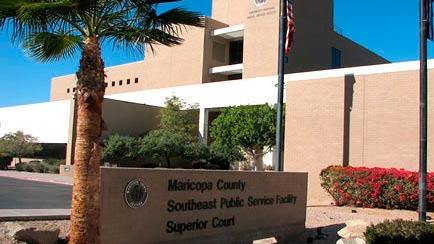 An Arizona judge's order halting an audit of 2020 election results from the state’s largest county won't be enforced because he required the state Democratic Party to put up a $1 million bond.

But Maricopa County Superior Court Judge Christopher Coury on Friday ordered that the Republican-led state Senate and its private auditors must follow ballot secrecy. The audit includes a hand recount of 2.1 million ballots.

The Senate hired a cyber security firm run by a man who has shared unfounded allegations of election fraud. A lawyer for the Democrats say the bond was too risky.

Arizona AG says there is no evidence of widespread voting by deceased voters Pinal County Elections Director out Mailboxes are overflowing with campaign ads. Who's paying for it all?
By posting comments, you agree to our
AZPM encourages comments, but comments that contain profanity, unrelated information, threats, libel, defamatory statements, obscenities, pornography or that violate the law are not allowed. Comments that promote commercial products or services are not allowed. Comments in violation of this policy will be removed. Continued posting of comments that violate this policy will result in the commenter being banned from the site.