Election conspiracies live on with audit by Arizona Senate Republicans 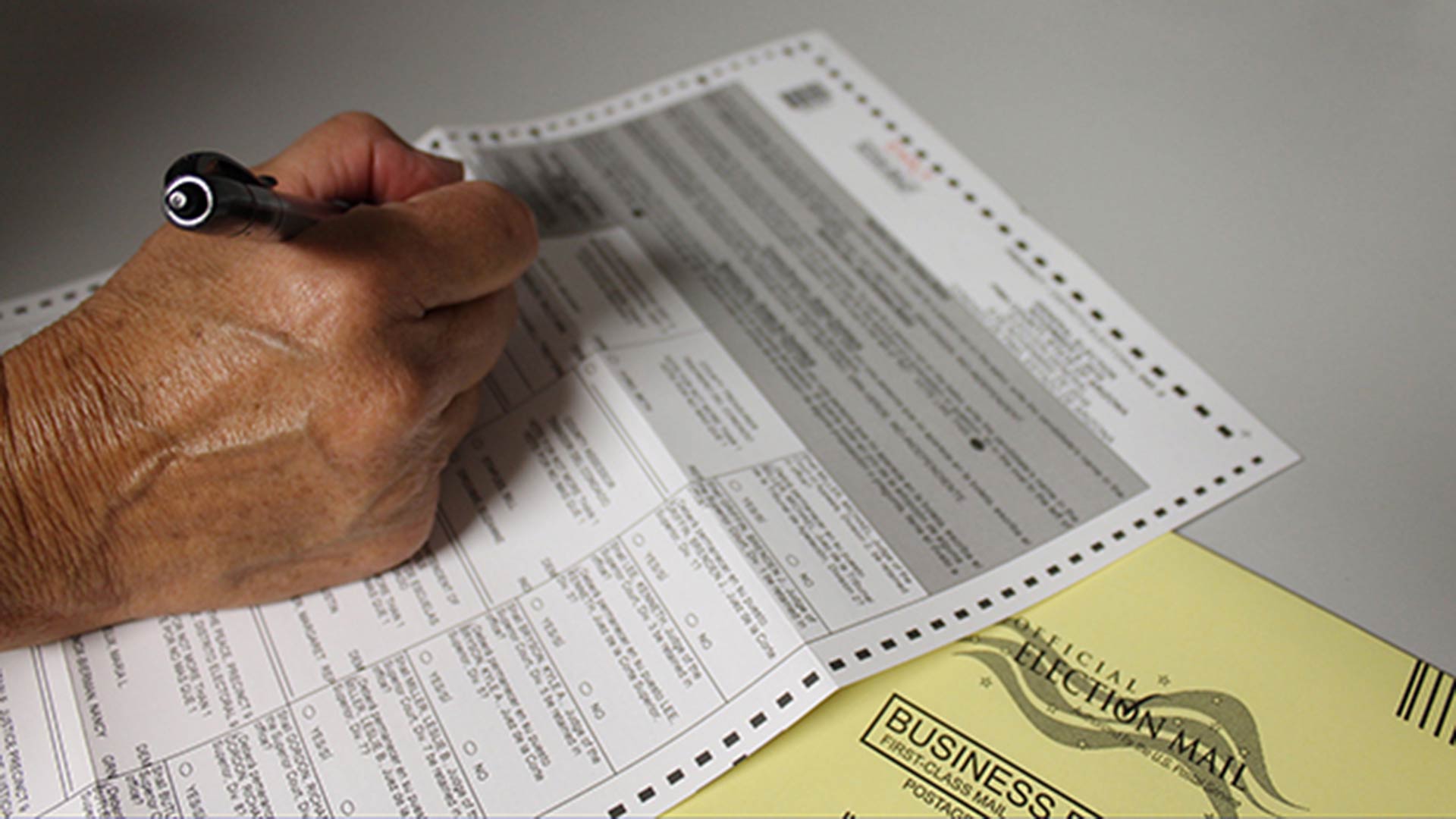 Nearly 6 months after former President Donald Trump's election defeat, legislative Republicans in Arizona are challenging the outcome as they embark on an unprecedented effort to audit the results in the state's most populous county.

The Republican-controlled state Senate used its subpoena power to take possession of all 2.1 million ballots in Maricopa County and the machines that counted them, along with computer hard drives full of data. They've handed the materials over to Cyber Ninjas, a Florida-based consultancy with no election experience run by a man who has shared unfounded conspiracy theories claiming the official 2020 presidential election results are illegitimate.

The process is alarming election professionals who fear the auditors are not up to the complex task and will severely undermine faith in democracy.

“I think the activities that are taking place here are reckless and they in no way, shape or form resemble an audit,” said Jennifer Morrell, a partner at Elections Group, a consulting firm advising state and local election officials, which has not worked in Arizona.

Conspiracy theories about the election have proliferated across the country even before President Joe Biden’s victory but have had particular staying power in Arizona, which flipped to the Democratic column for just the second time in 72 years.

Trump on Friday predicted the audit would reveal fraud and would prompt similar reviews in other states he lost.

“Thank you State Senators and others in Arizona for commencing this full forensic audit,” the former president said in a statement. “I predict the results will be startling!”

Cyber Ninjas began a manual recount of ballots Friday, a day after Democrats asked a judge to put an end to the audit. The judge ordered the company to follow ballot and voter secrecy laws and demanded they turn over written procedures and training manuals before a hearing Monday on the Democrats’ request. He offered to pause the count over the weekend if Democrats posted a $1 million bond to cover added expenses, but the party declined.

Logan insists that his personal views are irrelevant because he’s running a transparent audit with video streamed online.

“There’s a lot of Americans here, myself included, that are really bothered by the way our country is being ripped apart right now,” Logan told reporters Thursday night. “We want a transparent audit to be in place so that people can trust the results and can get everyone on the same page.”

But Logan refuses to disclose who’s paying him or who’s counting the ballots, and he won’t commit to using bipartisan teams for the process. The GOP-dominated Senate refuses to let media members observe the count. Reporters can accept a six-hour shift as an official observer, but photography and notetaking are prohibited. It would be a violation of journalistic ethics for reporters to participate in an event they're covering.

The Senate has put up $150,000 for the audit, but Logan acknowledged that's not enough to cover his expenses. The right-wing cable channel One America News Network has raised money from unknown contributors for the project, and the money goes directly to Cyber Ninjas. Logan would not commit to disclosing the donors and would not provide an estimate for the total cost of his audit.

Cyber Ninjas plans to have teams of three people manually count each ballot, looking only at the presidential and U.S. Senate contests, which were won by Democrats.

Logan said the counters are members of law enforcement and the military as well as retirees. He would not say how many are Democrats or Republicans and would not commit to ensuring the counting teams are bipartisan.

The process is overseen by volunteer observers. As of a week ago, 70 percent of observers were Republicans, according to Ken Bennett, a Republican former secretary of state who is serving as a liaison between the Senate and the auditors.

Cyber Ninjas also plans to review ballot counting machines and their data, and to scan the composition of fibers in the paper ballots in search of fakes. It plans to go door-to-door in select precincts to ask people whether they voted. Logan was vague about how the precincts were chosen but said a statistical analysis was done “based on voter histories.”

The audit has been beset by amateur mistakes that critics view as evidence the auditors are not up to the task. Hand counters began the day using blue pens, which are banned in ballot counting rooms because they can be read by ballot machines. For days leading up to the audit, a crew from a group of Phoenix television stations had unfettered access to the supposedly secure facility as auditors were setting up equipment and receiving ballots and counting machines.

Election experts said hand counts are prone to errors and questioned a lack of transparent procedures for adjudicating voter intent when it's not obvious.

Maricopa County conducted a host of pre- and post-election reviews to check the accuracy of voting machines, including a hand count of a representative sample of ballots as required by state law. The county also hired two auditing firms that reported no malicious software or incorrect counting equipment and concluded that none of the computers or equipment were connected to the internet.

“We’re going to set up a new norm where we don’t accept the outcome of elections in a free and fair and just democracy, and that is the core of what is at stake here,” said Tammy Patrick, senior adviser at the Democracy Fund and a former Maricopa County elections official. “I think that is incredibly, incredibly problematic.”

Arizona county seeks reimbursement for new voting machines Senate gets election audit update Arizona GOP candidates appeal ruling against hand counts
By posting comments, you agree to our
AZPM encourages comments, but comments that contain profanity, unrelated information, threats, libel, defamatory statements, obscenities, pornography or that violate the law are not allowed. Comments that promote commercial products or services are not allowed. Comments in violation of this policy will be removed. Continued posting of comments that violate this policy will result in the commenter being banned from the site.