The new charges relate to unfair labor practices, such as bad faith bargaining and failure to rehire employees who went on strike. by Emma Gibson Tweet 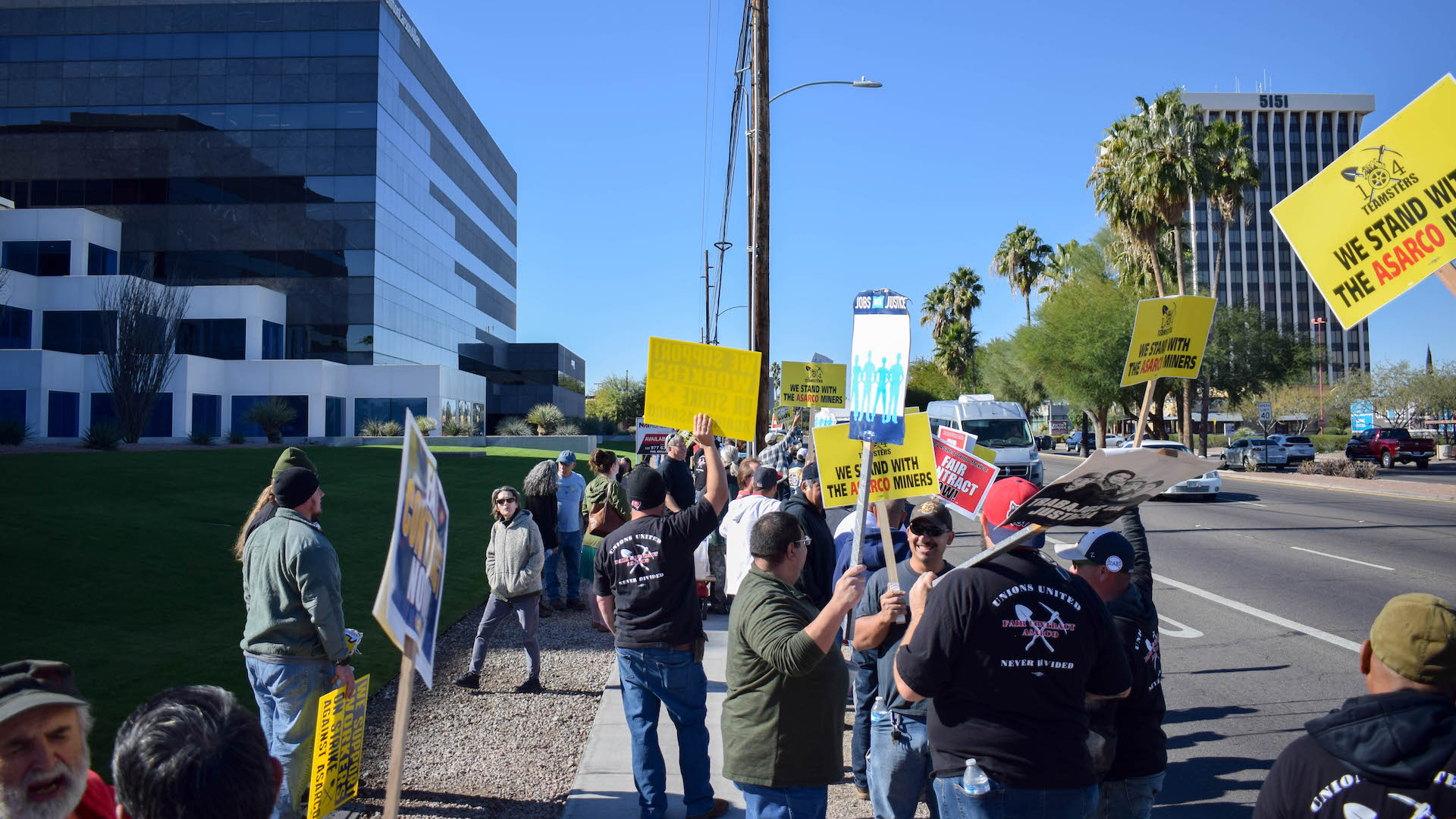 Mine workers striking in front of Asarco's Tucson office on Dec. 16, 2019.
Jake Steinberg/AZPM

The charges say Asarco bargained in bad faith, unilaterally changed working conditions and failed to reinstate workers who participated in the strike.

According to the Arizona Daily Star, if the strike is considered economic, as Asarco argues, it can replace employees who walked out. Asarco unions say it was based on unfair labor practices, allowing people to return to work.

The United Steelworkers union said it also filed more charges about the termination of members who returned and unilateral changes.

According to previous AZPM reports, strike began in October 2019 in an effort to get better pay and benefits. It ended last July.

The National Labor Relations Board will hear the complaints at a hearing in late August.

Lifeguard shortage leaves some Tucson pools closed Tucson sets up hotline for homeless people Senate hears bill on Grand Canyon mining
By posting comments, you agree to our
AZPM encourages comments, but comments that contain profanity, unrelated information, threats, libel, defamatory statements, obscenities, pornography or that violate the law are not allowed. Comments that promote commercial products or services are not allowed. Comments in violation of this policy will be removed. Continued posting of comments that violate this policy will result in the commenter being banned from the site.