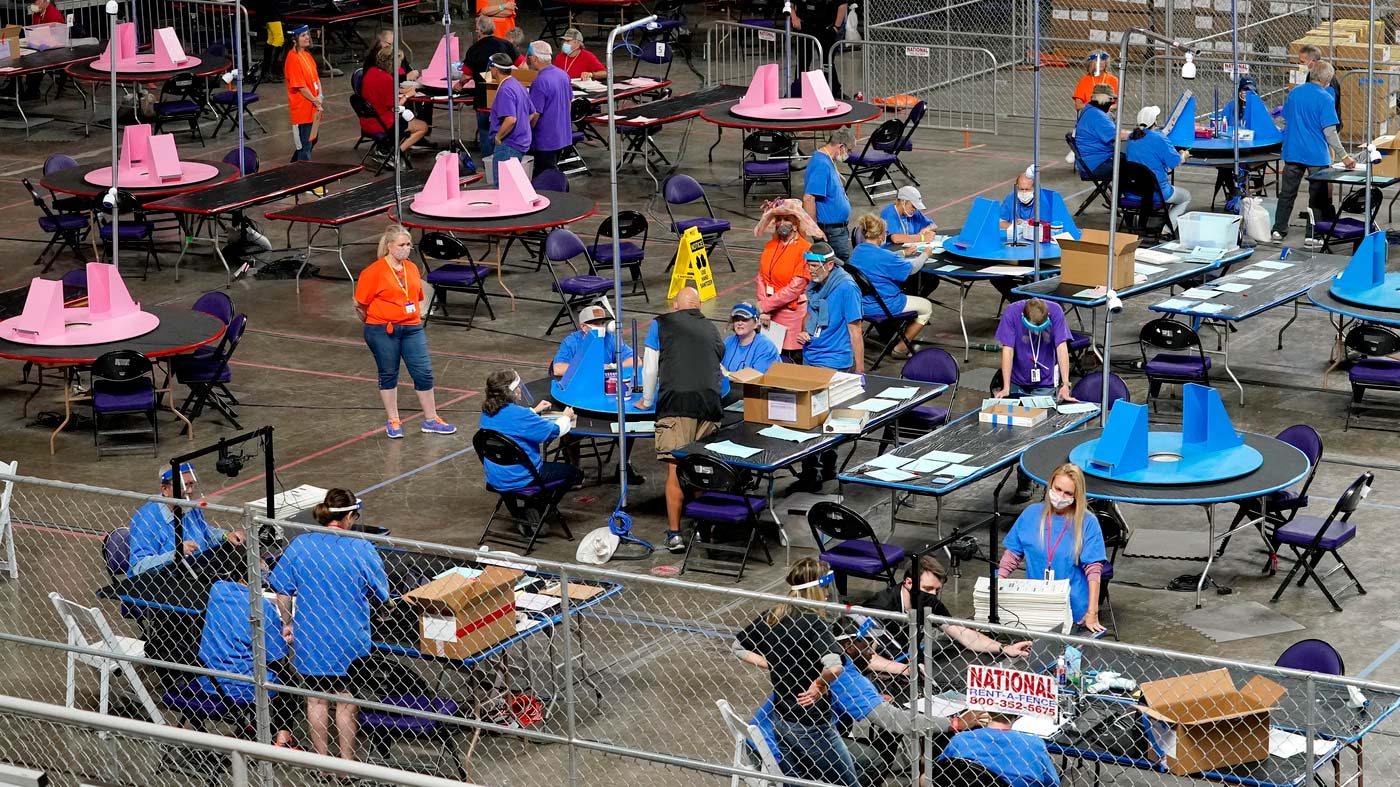 Arizona Republicans’ partisan review of the 2020 election results got off to a rocky start when their contractors broke rules for counting ballots and election experts warned the work was dangerous for democracy.

When the auditors stopped the counting and returned the ballots this week, it hadn’t gotten better.

In the last week alone, the only audit leader with substantial election experience was locked out of the building, said he was quitting, then reversed course hours later.

And the lead auditor confirmed it was funded mostly by supporters of former President Donald Trump.

Arizona AG says there is no evidence of widespread voting by deceased voters The Buzz: Primary Election 2022 is in the books Arizona GOP censures Rusty Bowers after Jan. 6 testimony
By posting comments, you agree to our
AZPM encourages comments, but comments that contain profanity, unrelated information, threats, libel, defamatory statements, obscenities, pornography or that violate the law are not allowed. Comments that promote commercial products or services are not allowed. Comments in violation of this policy will be removed. Continued posting of comments that violate this policy will result in the commenter being banned from the site.