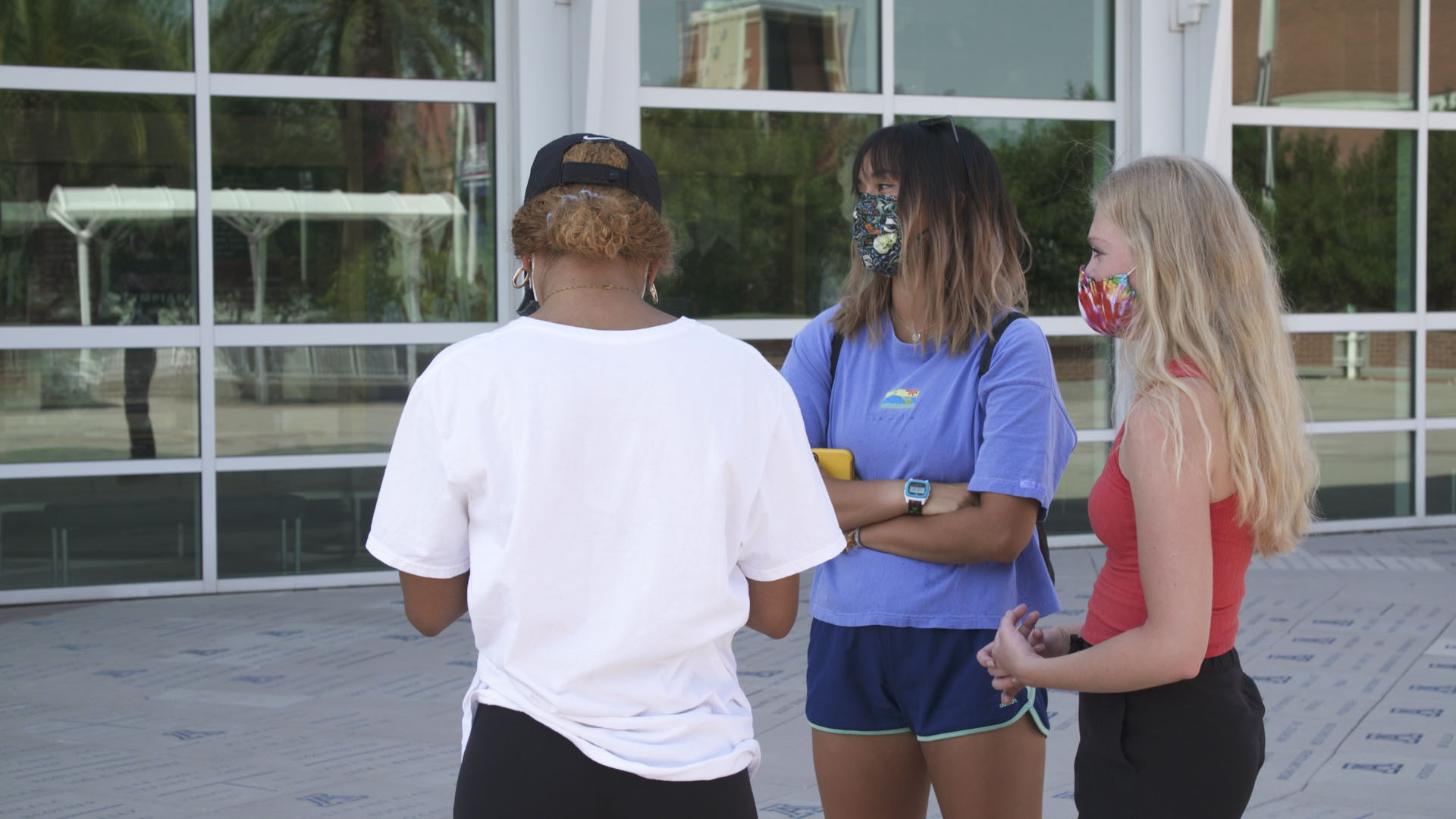 Governor Doug Ducey faces pushback on multiple fronts from leaders who want to see more people wearing masks and getting vaccinations, despite Ducey's stance against mandates.

University of Arizona President Robert Robbins said Monday his office coordinated with their counterparts at Arizona State and Northern Arizona universities when they all announced face mask requirements on the same day last week.

During a university update Monday morning Robbins said the near-simultaneous announcements by the three universities was not a coincidence. "There was definitely discussion for several weeks working on this about how we could thread the needle by providing the maximum amount of protection to our campus community but also adhering to state law," Robbins said.

Last Wednesday Robbins announced that masks will be required indoors where social distancing is impossible. Today, though, Robbins characterized the policy as an "expectation" rather than a "mandate".

At the same time Robbins was taking questions from reporters, the Pima County Board of Supervisors was debating incentives for county employees to get the COVID-19 vaccination. The County will pay its workers $300 and give them three additional days off if they can document that they've been vaccinated.

The board considered charging higher health insurance premiums for its unvaccinated employees, but that question has been put off until next month. The board rejected an effort by Supervisor Matt Heinz to reconsider a mask mandate for Pima County schools. The board voted down Heinz' proposal at its last meeting, less than a week ago. Heinz failed to convince the board to reconsider.

While the board was meeting, members received word that Governor Doug Ducey had just issued an executive order banning local governments from mandating COVID-19 vaccinations. The order declares a vaccine mandate to be a "class 3 misdemeanor" and says that citizens have a right to take legal action against local governments if their rights are violated.

Tucson city officials immediately denounced it as meaningless. Mayor Regina Romero said the order will not stop the city from requiring its employees to be vaccinated. City attorney Mike Rankin said the governor lacks the authority to preempt city actions.

The Tucson city council Friday approved incentives for workers who get the shot, and left the door open to suspending employees who refuse, unless they have a valid medical or religious exemption.

UA requiring masks indoors, but campus groups have other concerns about risks TUSD supe says new law barring mask mandates in schools a challenge When can a business or institution mandate COVID vaccines?
By posting comments, you agree to our
AZPM encourages comments, but comments that contain profanity, unrelated information, threats, libel, defamatory statements, obscenities, pornography or that violate the law are not allowed. Comments that promote commercial products or services are not allowed. Comments in violation of this policy will be removed. Continued posting of comments that violate this policy will result in the commenter being banned from the site.