University of Arizona aims to ramp up testing as students return to campus. by Andrew Oxford Tweet 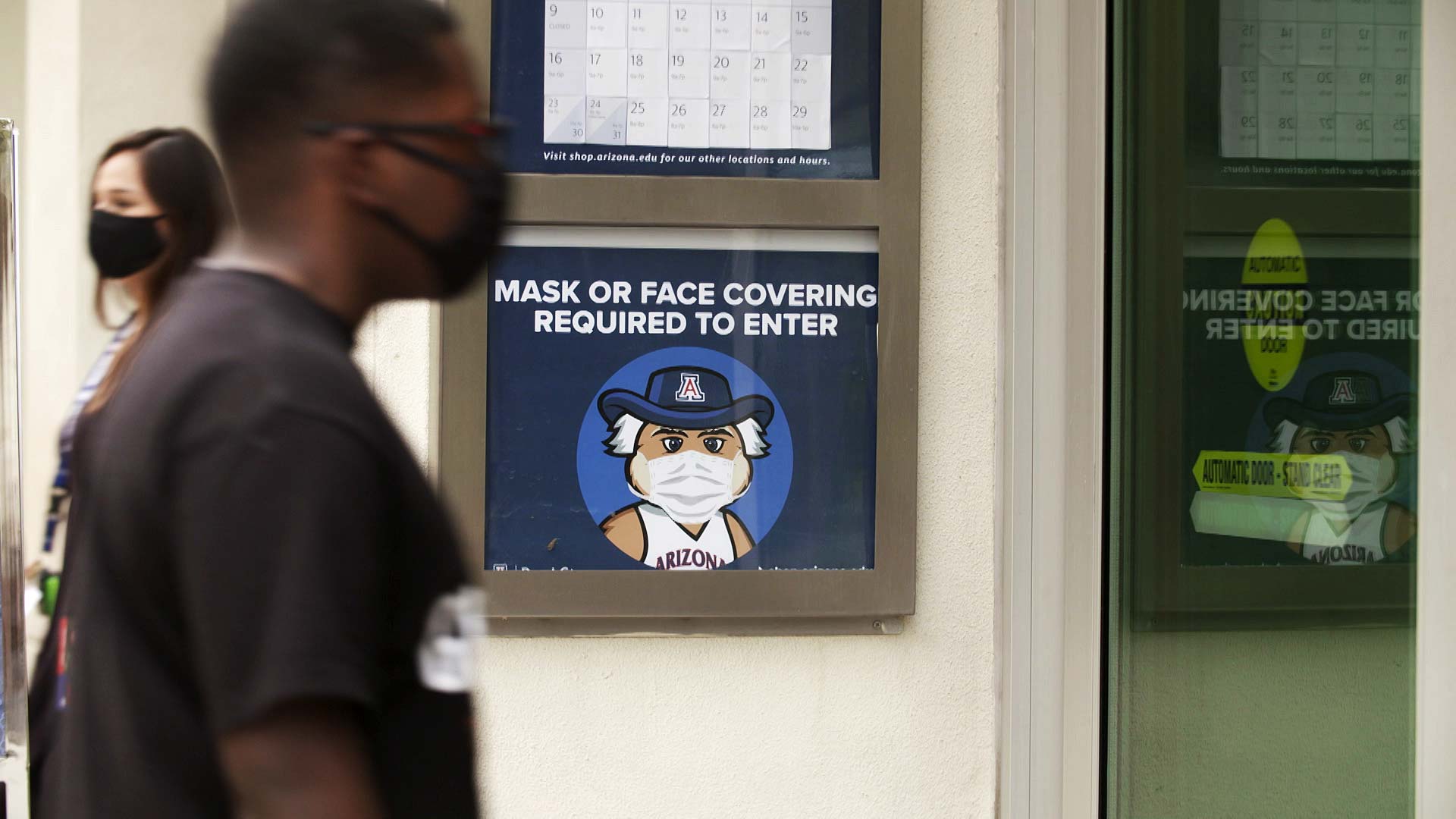 A sign outside of the University of Arizona bookstore reminds visitors that masks are required to enter.
AZPM Staff

The number of cases continues to rise at the same time students are returning to university campuses.

University of Arizona President Robert Robbins said Monday the school had not seen any large spikes in cases at its dormitories after the first week of classes.

But he is anticipating a bump in cases and the university aims to ramp up testing to identify outbreaks.

Dr. Richard Carmona, a distinguished professor of public health at the university and former United States Surgeon General, urged students as well as staff to get tested regularly.

"We've had questions where people say, 'I've been vaccinated so I don't need to be tested.' No, you need to get tested as much as you can because we know that even though you have been vaccinated and you may be protected from getting serious disease, you can be carrying the virus and spread it to other folks," he told reporters during a press conference on Monday.

Robbins said the school is also continuing to test wastewater to detect outbreaks in its dormitories.

Though the Arizona Legislature passed a law this year that mostly prohibits public universities from requiring COVID-19 testing, the law still allows schools to require testing if there is an outbreak in student housing. The Department of Health Services must first approve any such testing, however.

"When we get a really, really hot signal from wastewater-based epidemiology, we're going to plead our case vigorously to DHS that we will require everyone in that facility to be tested and then if there are positives, we will do a great job of contact tracing all of their contacts," Robbins said.

The university reports it conducted more than 7,000 COVID-19 tests in August. Of those, 112 of those tests were positive.

Hospitalization rare in Pima County for COVID cases in vaccinated population State mask bans face federal civil rights inquiries FDA approves Pfizer vaccine
By posting comments, you agree to our
AZPM encourages comments, but comments that contain profanity, unrelated information, threats, libel, defamatory statements, obscenities, pornography or that violate the law are not allowed. Comments that promote commercial products or services are not allowed. Comments in violation of this policy will be removed. Continued posting of comments that violate this policy will result in the commenter being banned from the site.