Another DEA agent and a Tucson police officer were injured. by Andrew Oxford and Steve Jess Tweet 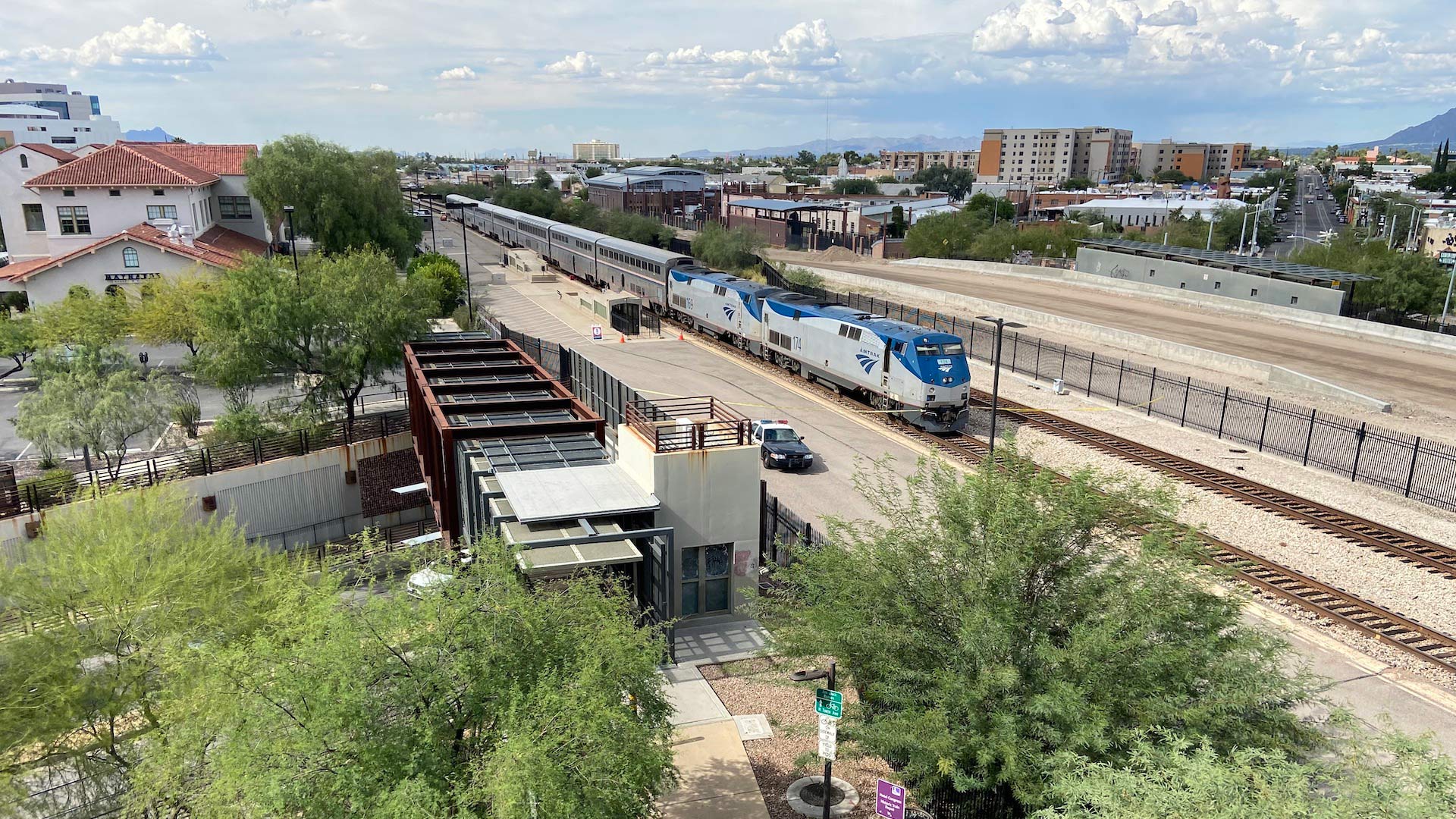 Police say a U.S. Drug Enforcement Administration special agent and another person were killed during a shootout on an Amtrak train that stopped in downtown Tucson on Monday morning.

The shooting began after several agents boarded the Sunset Limited, which was traveling from Los Angeles to New Orleans and pulled into Tucson's downtown train station around 7:40 a.m.

Working as part of a regional narcotics task force that included federal and local agencies, the agents conducted what Magnus described as a routine check for illegal guns and drugs.

Agents made contact with two people on the upper level of a double decker car and as officers detained one person, the second person opened fire with a handgun, Magnus said.

Magnus said a Tucson police officer on the platform ran to the train and was also shot.

The gunman barricaded himself in a bathroom on the train after exchanging gunfire with agents, Magnus said. 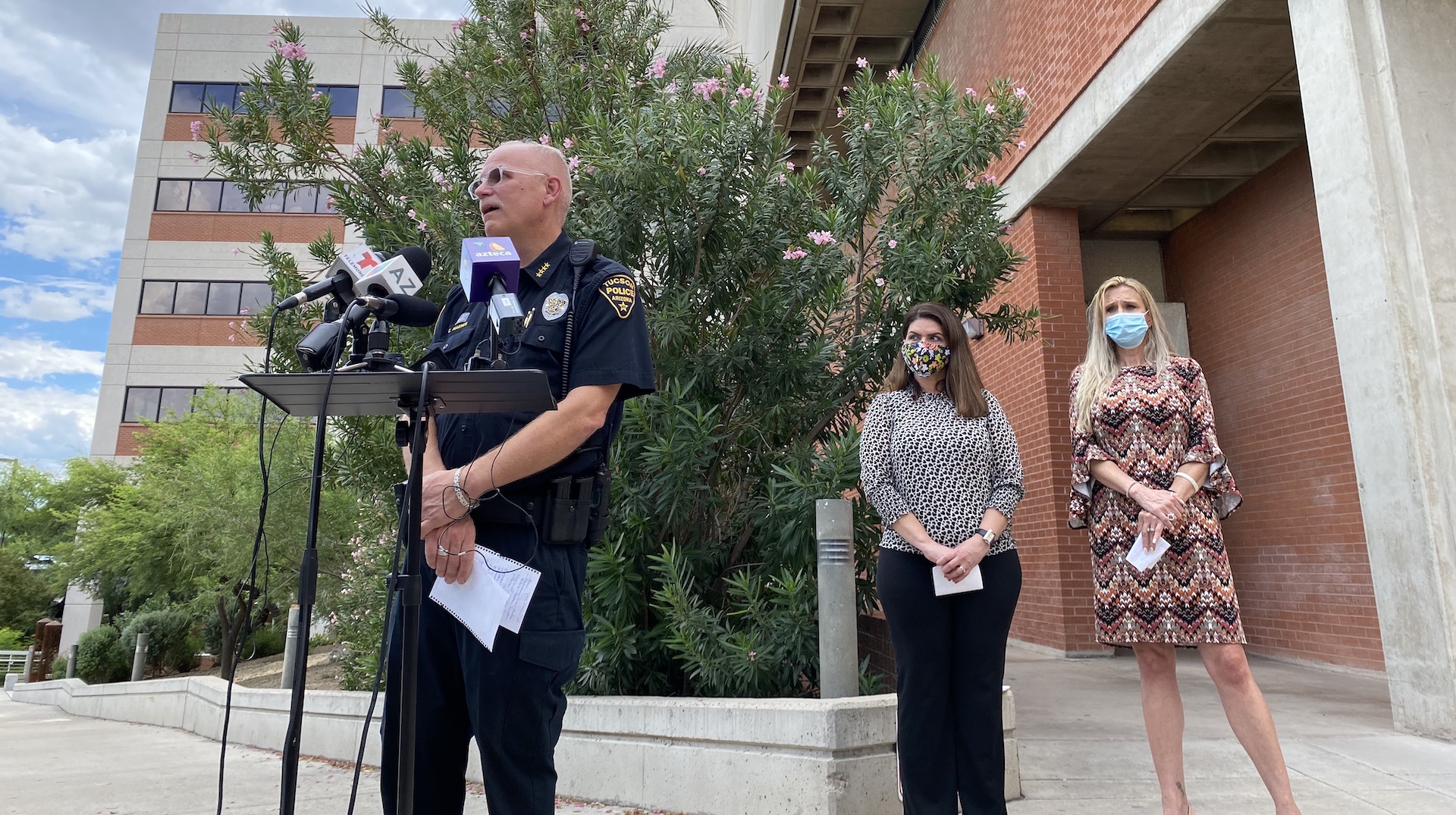 Tucson Police Chief Chris Magnus talks to reporters outside the Banner-University Medical Center on Monday, October 4, 2021 about a shootout on an Amtrak train that left a U.S. Drug Enforcement Administration agent and a suspect dead. He was joined by Tucson Mayor Regina Romero, center, and Cheri Oz, special agent in charge of the DEA's Phoenix Field Divison, right.
Andrew Oxford/AZPM

“Some time went on. There wasn’t clarity whether the suspect was still alive or not, whether he had been shot or not but ultimately it was determined the suspect in the bathroom was deceased and he was declared dead at the scene,” the police chief said.

Police did not identify any of the officers or suspects involved or explain why agents had initially sought to detain the suspects.

Magnus said one DEA agent was in critical condition at Banner-University Medical Center and that the Tucson police officer was in stable condition.

One suspect remained in custody on Monday afternoon, according to police.

An Amtrak spokesman said there were no reported injuries to the crew or passengers.

There were 137 passengers and 11 crew members. All were evacuated to the station.

Passengers said after hearing shots had been fired, they huddled together before police told them to flee.

"I just think it's kind of incredible here there weren't other people that were hurt," Magnus said. 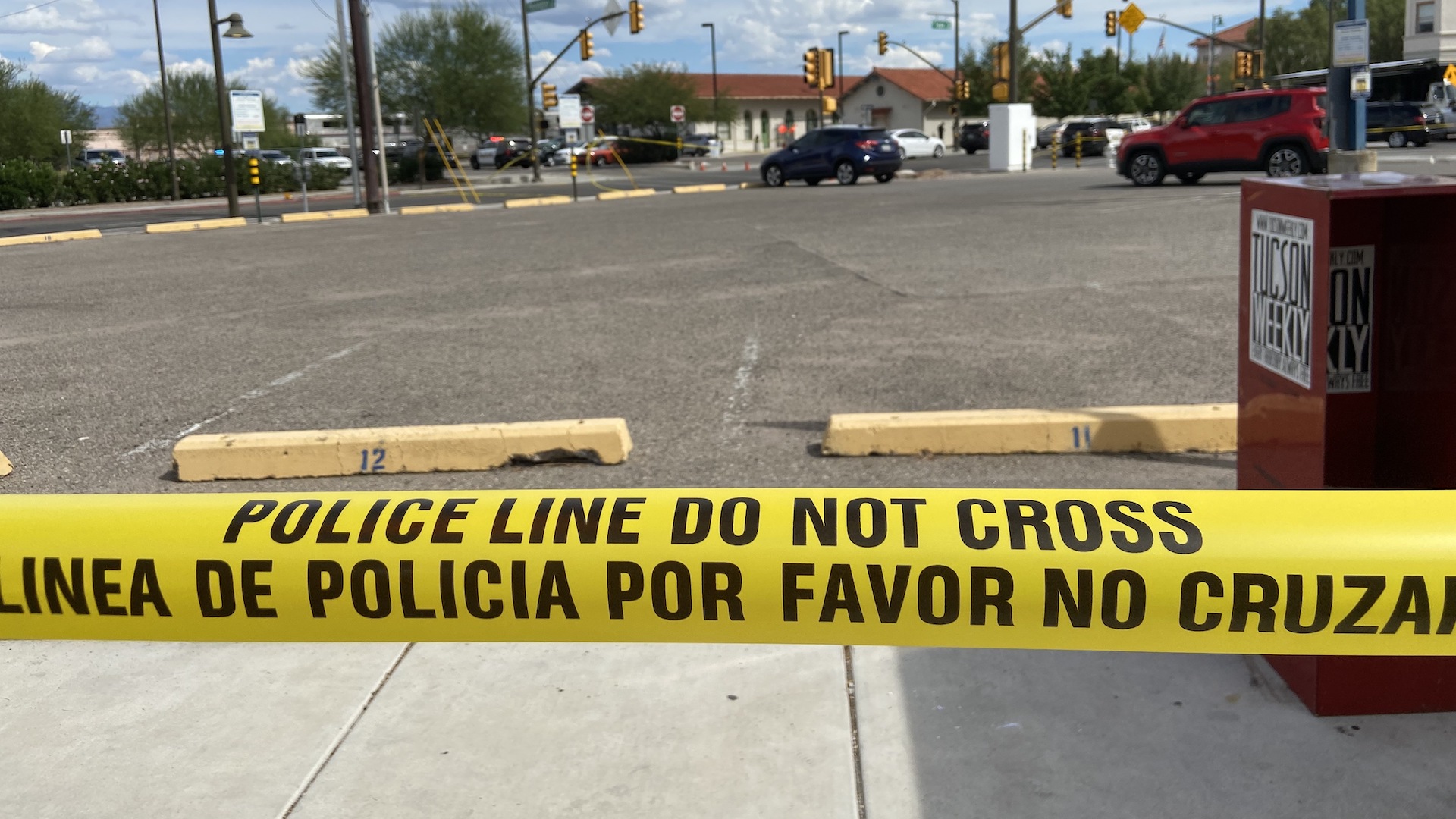 Police roped off the area around Tucson's Amtrak station on Monday, October 4, 2021 after a shooting that left one U.S. Drug Enforcement Administration agent and another person dead.
Bob Lindberg/AZPM
MORE: AP, Crime, News

Prosecutors seek to block release of autopsies from fatal Tucson shootout DEA agent slain in Amtrak shooting remembered as key leader Gunman who killed agent on Amtrak train identified
By posting comments, you agree to our
AZPM encourages comments, but comments that contain profanity, unrelated information, threats, libel, defamatory statements, obscenities, pornography or that violate the law are not allowed. Comments that promote commercial products or services are not allowed. Comments in violation of this policy will be removed. Continued posting of comments that violate this policy will result in the commenter being banned from the site.