Local governments will use the numbers collected to make decisions about transportation projects and public health outreach. by Megan Myscofski Tweet 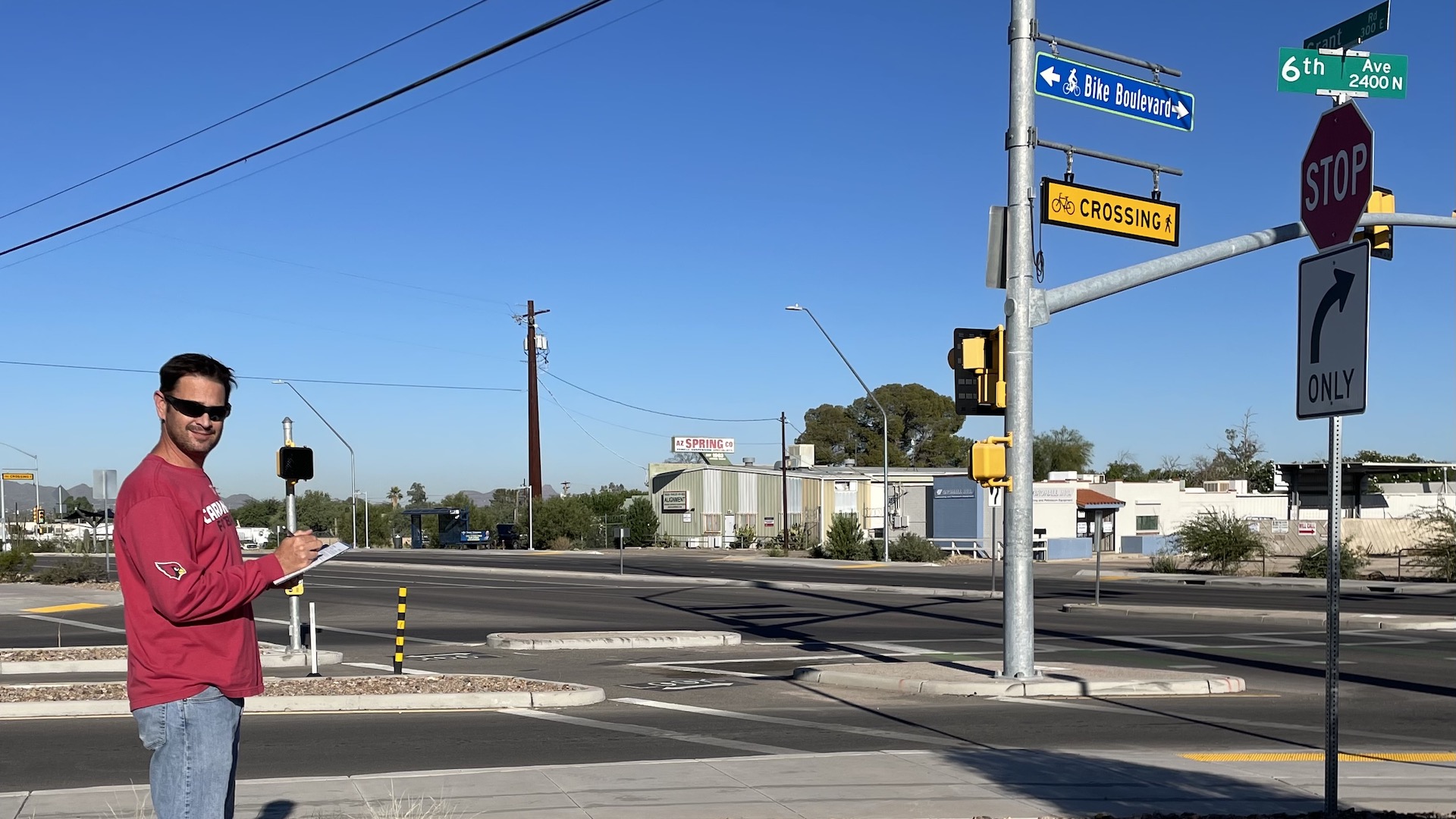 The Pima Association of Governments began its annual bicycle and pedestrian count Monday. Local governments use the data collected by employees and volunteers to make decisions about where to put new sidewalks and bike paths.

"We're here at Grant Road at the intersection of Sixth Avenue and Fontana. It's a bike boulevard. In fact, we have cyclists using it now," Mitchell said at his post.

Mitchell said the data doesn’t just help with transportation planning. The PAG also uses it to narrow in on where to conduct public health outreach.

He said his team was surprised to find out in past years that more riders tend to wear helmets on bicycle paths like The Loop than near traffic in central Tucson or on the UA campus.

Anyone interested can check out the data or sign up for a two-hour counting shift at pagregion.com.

Wrong way driver killed in Tucson El Tour de Tucson Returns City of Tucson wants input on ranking transportation needs
By posting comments, you agree to our
AZPM encourages comments, but comments that contain profanity, unrelated information, threats, libel, defamatory statements, obscenities, pornography or that violate the law are not allowed. Comments that promote commercial products or services are not allowed. Comments in violation of this policy will be removed. Continued posting of comments that violate this policy will result in the commenter being banned from the site.