The aerial gymnastics of The Thunderbirds, will be at the center of the show. by Duncan Moon Tweet 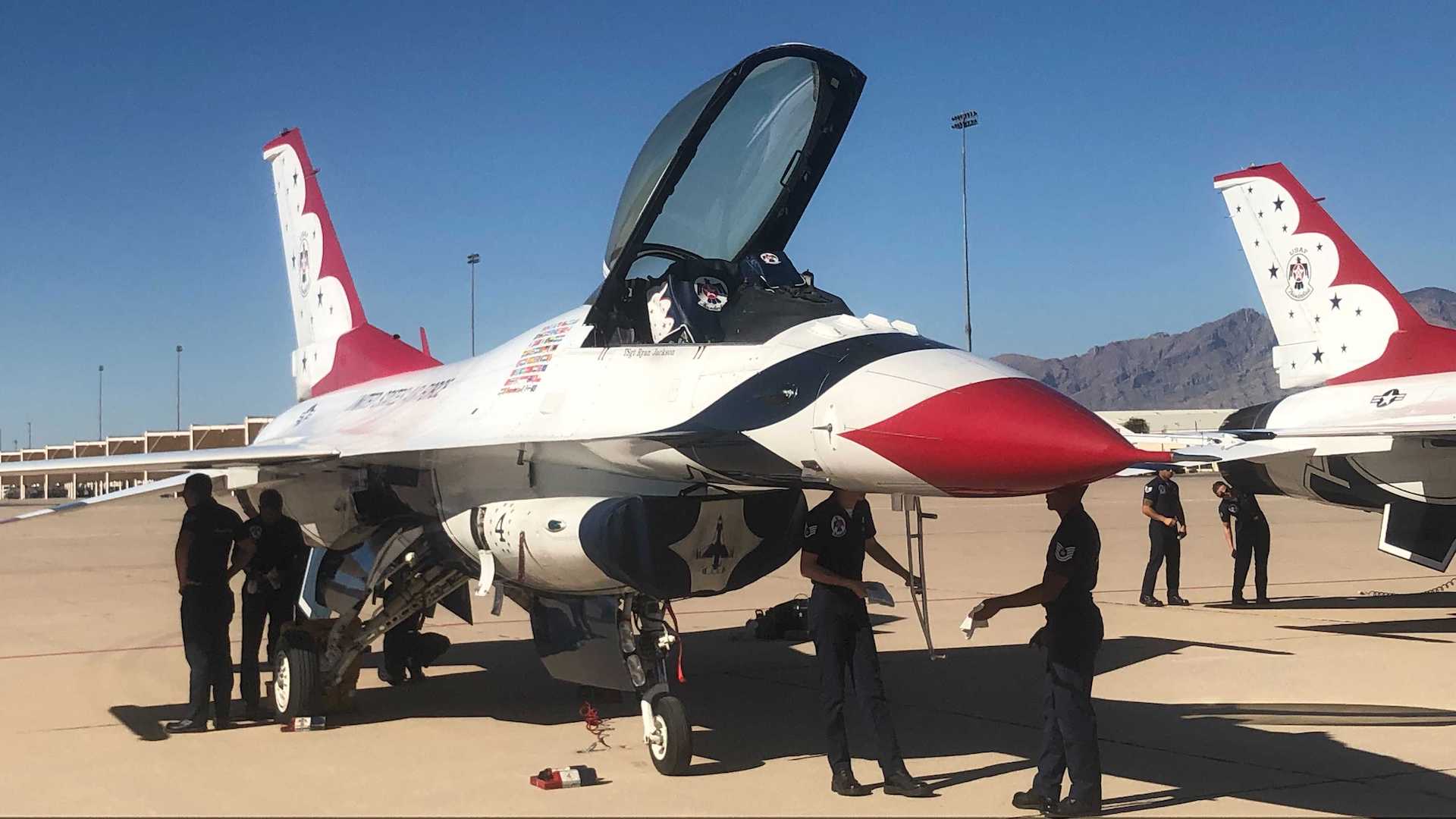 Major Michael Brewer's F-16 at Davis-Monthan Air Force Base ahead of an air show in November 2021.
Duncan Moon/AZPM

The air show is returning to Tucson this weekend. It was originally scheduled for April but was rescheduled because of the pandemic. As always, the aerial gymnastics of the Air Force Demonstration Squadron, aka The Thunderbirds, will be at the center of the show

The air show is a popular event in Tucson, drawing large crowds to the base.

For the rest of the year, access to the base is restricted, so the show provides an opportunity for both the community and the Air Force.

“It's an opportunity for us to open the gates and bring everybody on and say, 'hey guys, this is what we're about, this is our mission, this is our story,” said Lt. Alvin Nelson of the base communications team.

The Thunderbirds are some of the Air Force's top pilots — all having flown in combat.

"We enjoy flying in Tucson and Arizona in general — the sky is just bigger out here, you know," he said. "It’s great. You have blue skies and the jets with the white smoke and the contrast of the jets with the sky is really a sight to see, so we really enjoy the Arizona sky."

Those wanting to witness that last wild ride can find more information on the Davis-Monthan Air Force Base website.

The Boneyard helps create a digital twin of a fighter jet Davis-Monthan big part of A-10 future Air Force announces changes to A-10s at Davis-Monthan Air Force Base
By posting comments, you agree to our
AZPM encourages comments, but comments that contain profanity, unrelated information, threats, libel, defamatory statements, obscenities, pornography or that violate the law are not allowed. Comments that promote commercial products or services are not allowed. Comments in violation of this policy will be removed. Continued posting of comments that violate this policy will result in the commenter being banned from the site.