Jan. 6 rioter from Arizona got 41 months

Though he isn’t accused of violence, prosecutors say Jacob Chansley was the “public face of the Capitol riot." by Associated Press Tweet 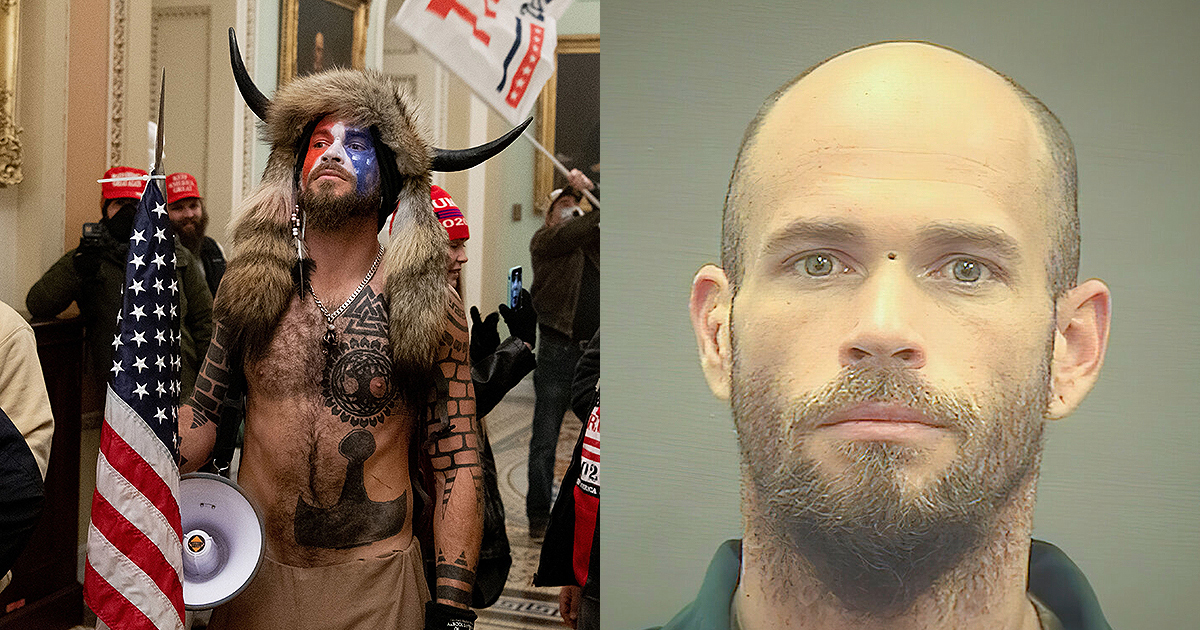 Jacob Chansley - self-styled "QAnon Shaman" played an active role in the siege of the U.S. Capitol on Jan. 6, 2021
Courtesy of The Alexandria Sheriff's Dept

Jacob Chansley, the spear-carrying Jan. 6 rioter whose horned fur hat, bare chest and face paint made him one of the more recognizable figures in the assault on the Capitol, has been sentenced to 41 months in prison.

Though he isn’t accused of violence, prosecutors say Chansley was the “public face of the Capitol riot” who went into the attack with a weapon, ignored repeated police orders to leave the building and gloated about his actions in the days immediately after the attack.

Before he was sentenced Wednesday, Chansley told the judge it was wrong for him to enter the Capitol and he accepts responsibility for his actions.

Tuesday: Watch Live - Jan. 6 Select Committee Is Holding Its 1st Hearing Arizona man who wore horns in Capitol riot to remain jailed Arizona electoral votes accepted after storming of the Capitol
By posting comments, you agree to our
AZPM encourages comments, but comments that contain profanity, unrelated information, threats, libel, defamatory statements, obscenities, pornography or that violate the law are not allowed. Comments that promote commercial products or services are not allowed. Comments in violation of this policy will be removed. Continued posting of comments that violate this policy will result in the commenter being banned from the site.