With less water on the surface, how long can Arizona rely on what's underground?

Some experts say aquifers are overtaxed and shouldn’t be seen as a long-term solution for a region where the water supply is expected to shrink in the decades to come. by Alex Hager, KUNC Tweet 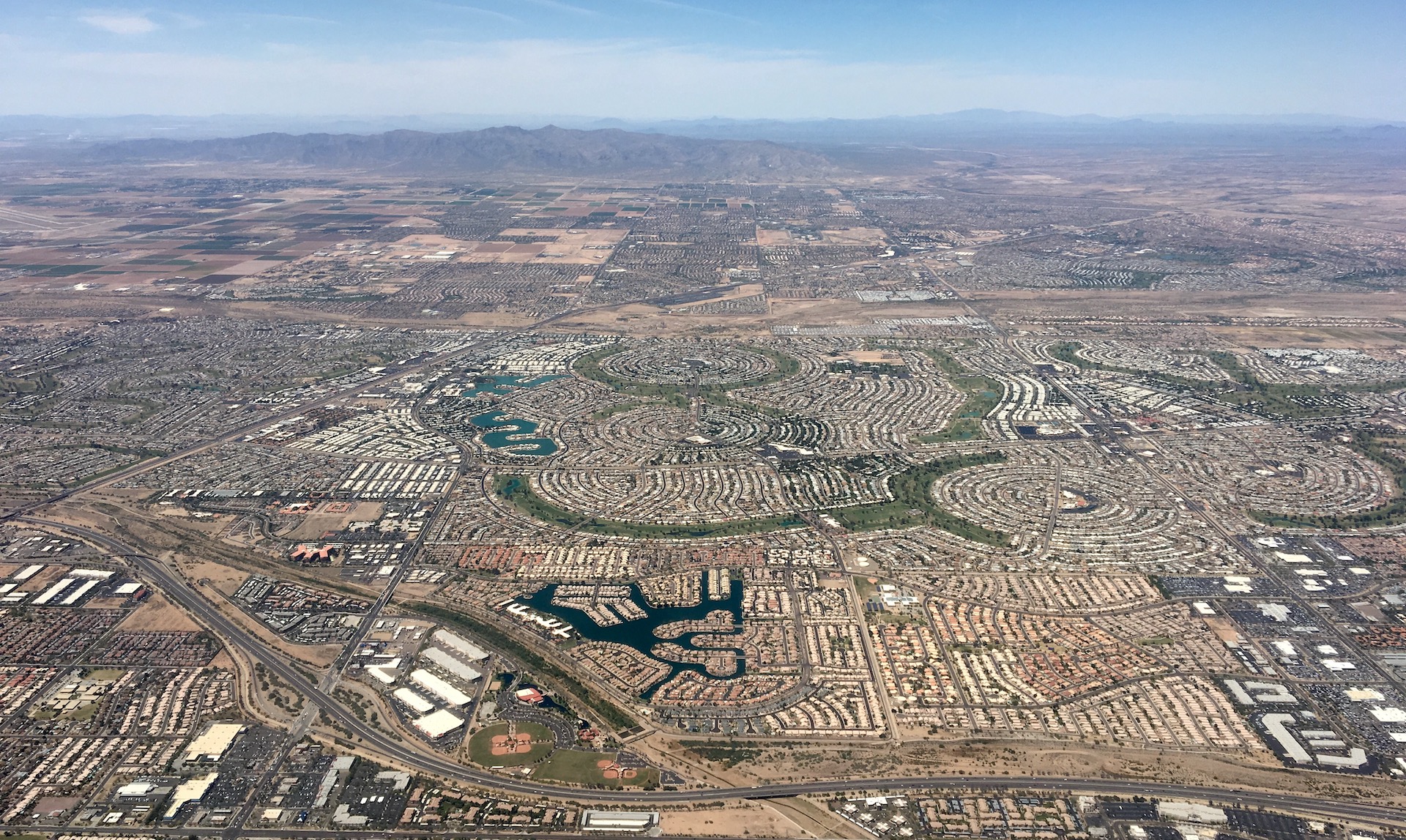 In Central Arizona, the future of homes and farms relies on water stored underground. Some experts say that supply can't sustainably meet demand in the long term, especially as the population grows and the total water supply shrinks.
Ryan Harvey / Flickr

In Arizona, verdant fields of crops and a growing sprawl of suburban homes mean a sharp demand for water in the middle of the desert. Meeting that demand includes drawing from massive stores of water in underground aquifers. But some experts say they’re overtaxed, and shouldn’t be seen as a long-term solution for a region where the water supply is expected to shrink in the decades to come.

“We should recognize now, as we do with the Colorado River, that we have to take action before it's too late,” said Kathleen Ferris, a senior research fellow with Arizona State University’s Kyl Center for Water Policy.

Ferris has made groundwater her life’s work, helping write some of Arizona's foundational groundwater management law in the late 1970s and later directing the state’s Department of Water Resources. Now, she’s calling for updates to policies she says are no longer sustainable.

The new year brings the first-ever mandatory cutbacks to the Colorado River basin, where some users will have their supply reduced to slow the decline of water levels in Lake Mead. That reservoir continues to dip down past already record lows, thanks to more than two decades of drought made worse by climate change.

The cutbacks will remove about 18% of Arizona’s Colorado River supply, accounting for about 8% of the state’s total water use. Agricultural users will be the first to see cuts, which will be rolled out gradually over the course of 2022. Long-term climate forecasts indicate that more cuts will likely be necessary in years to come.

As Arizona’s share from the Colorado River is reduced, the state will have less excess water to store underground, and will have to lean more on already-stored groundwater from other sources.

“We're still taking more groundwater out than replenished,” Ferris said, “And since groundwater is a finite supply, ultimately, if you do that for over a long period of time, you won't have that resource to rely on.”

Ferris said there might be more public attention and alarm surrounding the issue if it wasn’t so hard to see. Dropping levels in Lake Mead have engendered widespread concern, with “bathtub rings” of white minerals serving as an eerie reminder of where the water once was – not to mention a compelling visual in countless articles from national media. But when it comes to underground water, there’s no equivalent. 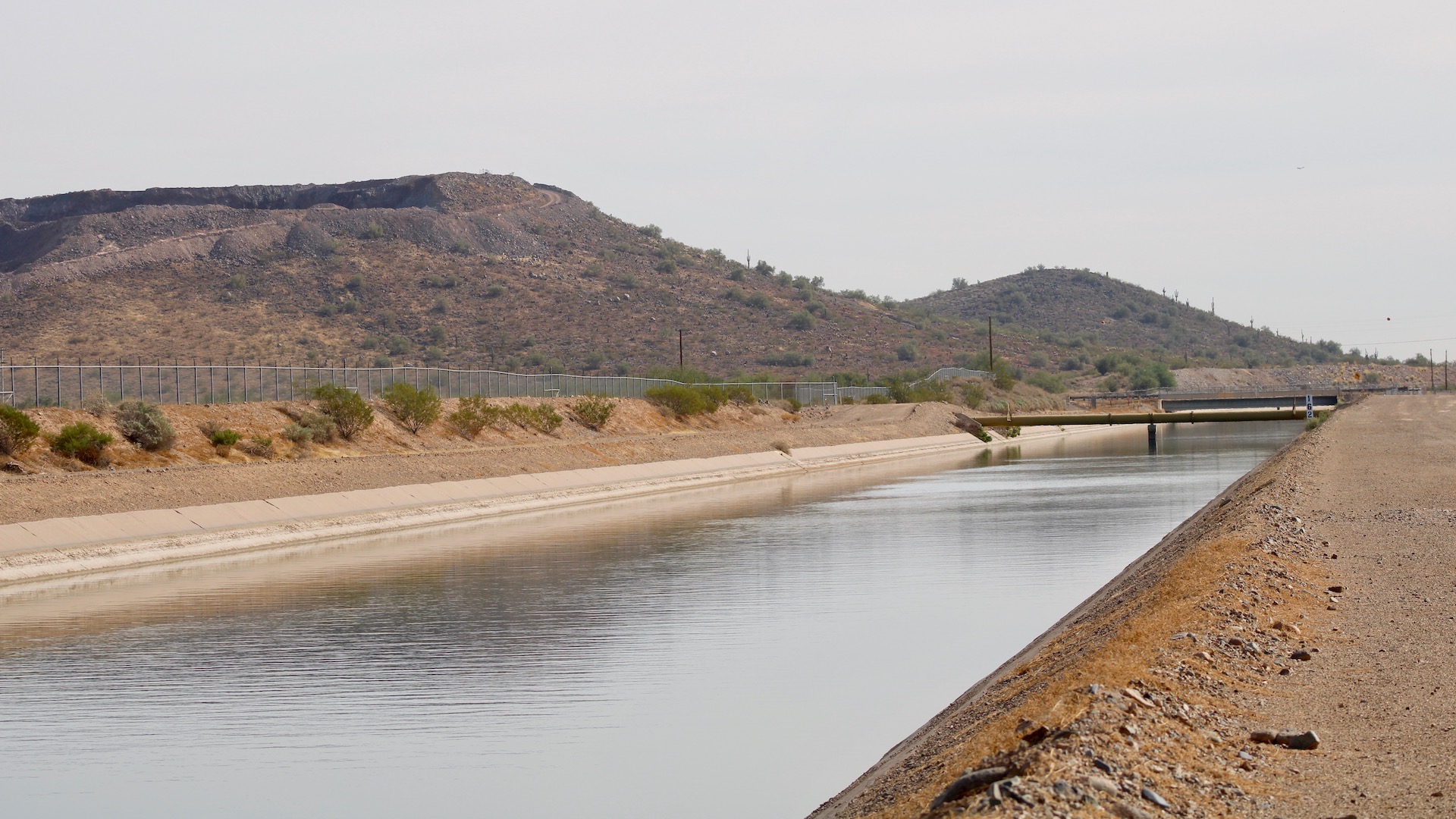 Residential developments are a major point of concern for Ferris. She is skeptical of developers’ ability to assure a 100-year supply of water for the neighborhoods they build. The state requires developers to prove that homes will have access to water for a century, but Ferris argues that sophisticated modeling in some areas has proven that groundwater will not last as long as those builders claim.

To prove that new neighborhoods will have a century’s worth of water in areas around Phoenix and Tucson, developers can point to groundwater that goes down 1,000 feet below the land surface – or 1,100 feet in another portion of central Arizona. A 2021 report co-authored by Ferris argues that those numbers are not based on modern science.

“Rather,” the report reads, “they are arbitrary numbers picked because they are less than the 1,200-foot depth to groundwater that was permitted under the state's 1973 ‘adequate’ water supply program, in which 1,200 feet was based on the deepest well in the state at the time.”

Developers themselves see things differently. Spencer Kamps, vice president of legislative affairs for the Home Builders Association of Central Arizona, contends that residential development has helped the state keep its total water use steady for decades, even as its population has grown.

“The reason Arizona adopted the Groundwater Management Act in 1980 was because the agricultural industry was overusing groundwater,” he said. “Tables were depleting. When homes are built on farmland and we retire that ag use and that ag pumping, which is unreplenished, we use less water.”

Kamps is alluding to a rule requiring residential developers to replace nearly all of the groundwater they’ve pumped out. He argues that criticisms of the homebuilding industry are “misdirected” when agricultural users do not have to abide by the same rules while using groundwater.

As it pertains to the future, some say water supplies will deplete, but not so quickly that it’s cause for immediate alarm. Grady Gammage Jr., a longtime real estate lawyer and public policy expert who also serves as a senior research fellow at the Kyl Center, said the tone of urgency comes from those who want to coax quick action from elected officials.

“I tend to worry more about sending an overly negative crisis message than some of the water people do, who want to send a crisis message because they want funding,” he said.

Gammage agrees that developers are leaning on groundwater as a way to permit development, even when it may not be sustainable for the 100-year stretch they have promised, but sees it as more of a legal risk than a “long-term catastrophic shortfall risk.”

“That's exactly what it's there for,” he said. “And it's exactly how we should use it, but we should do that only as we have an expectation that there's some point in the horizon at which we're going to quit doing that.” 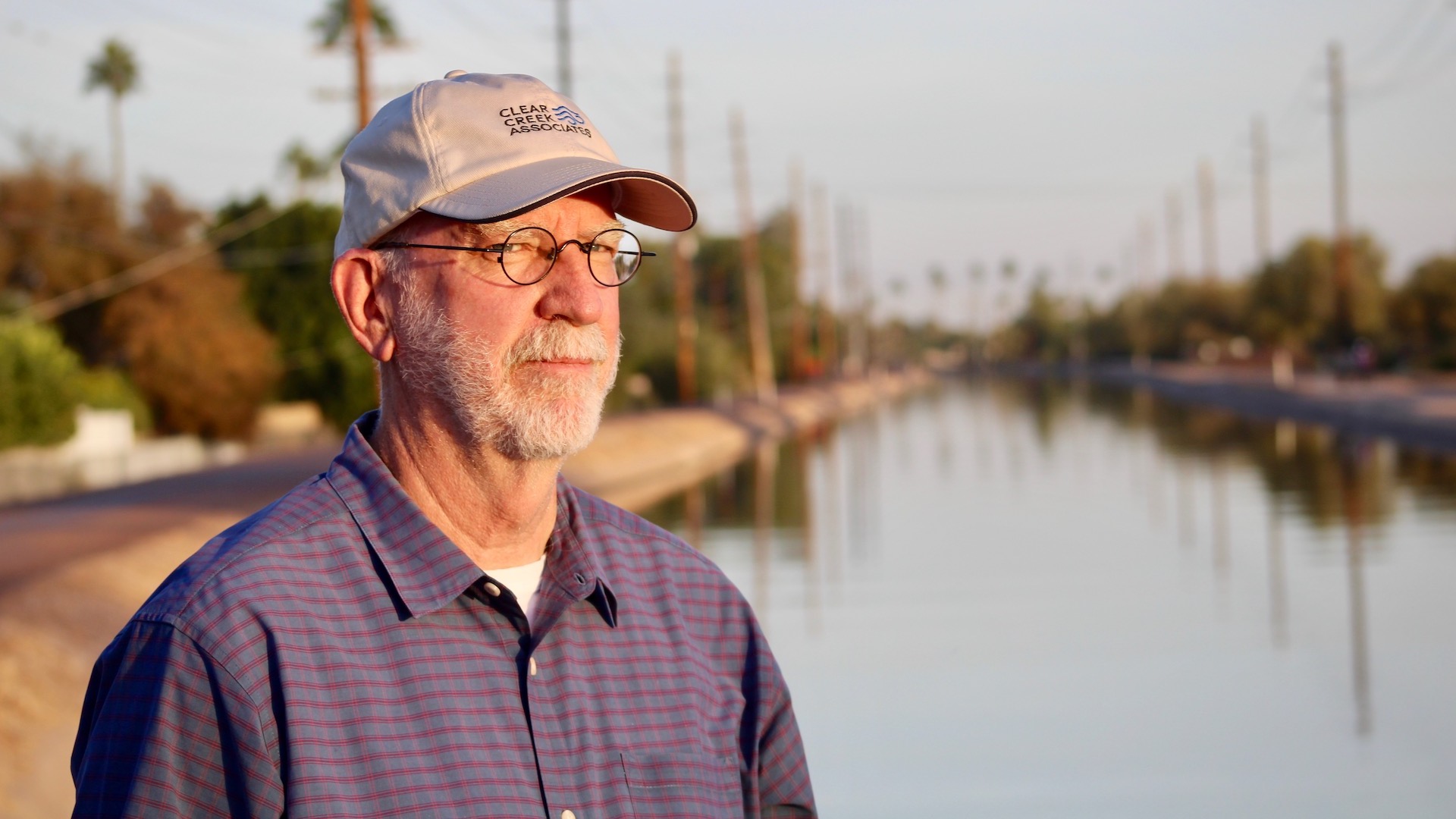 Marvin Glotfelty, a hydrogeologist who has worked on more than 1,000 wells in Arizona, said depleting the area's groundwater could soon mean lower quality water getting piped to the surface. That would require costly treatment from municipal water providers.
Alex Hager / KUNC

In addition to depleting the total amount of water available, some worry that draining aquifers could harm the quality of the water that remains. Marvin Glotfelty, a fourth-generation Arizonan and hydrogeologist who has worked on more than 1,000 wells, said changes in the level of underground water could force users to draw from areas exposed to pollutants.

Groundwater considered unsafe for drinking could start coming up through wells in central Arizona “within half a decade,” Glotfelty said.

This story is part of ongoing coverage of the Colorado River, produced by KUNC and supported by the Walton Family Foundation.

Western drought worst in 1000 years Leading water experts explore the future of managing a shrinking water supply from the Colorado River Drought to continue, say weather experts
By posting comments, you agree to our
AZPM encourages comments, but comments that contain profanity, unrelated information, threats, libel, defamatory statements, obscenities, pornography or that violate the law are not allowed. Comments that promote commercial products or services are not allowed. Comments in violation of this policy will be removed. Continued posting of comments that violate this policy will result in the commenter being banned from the site.