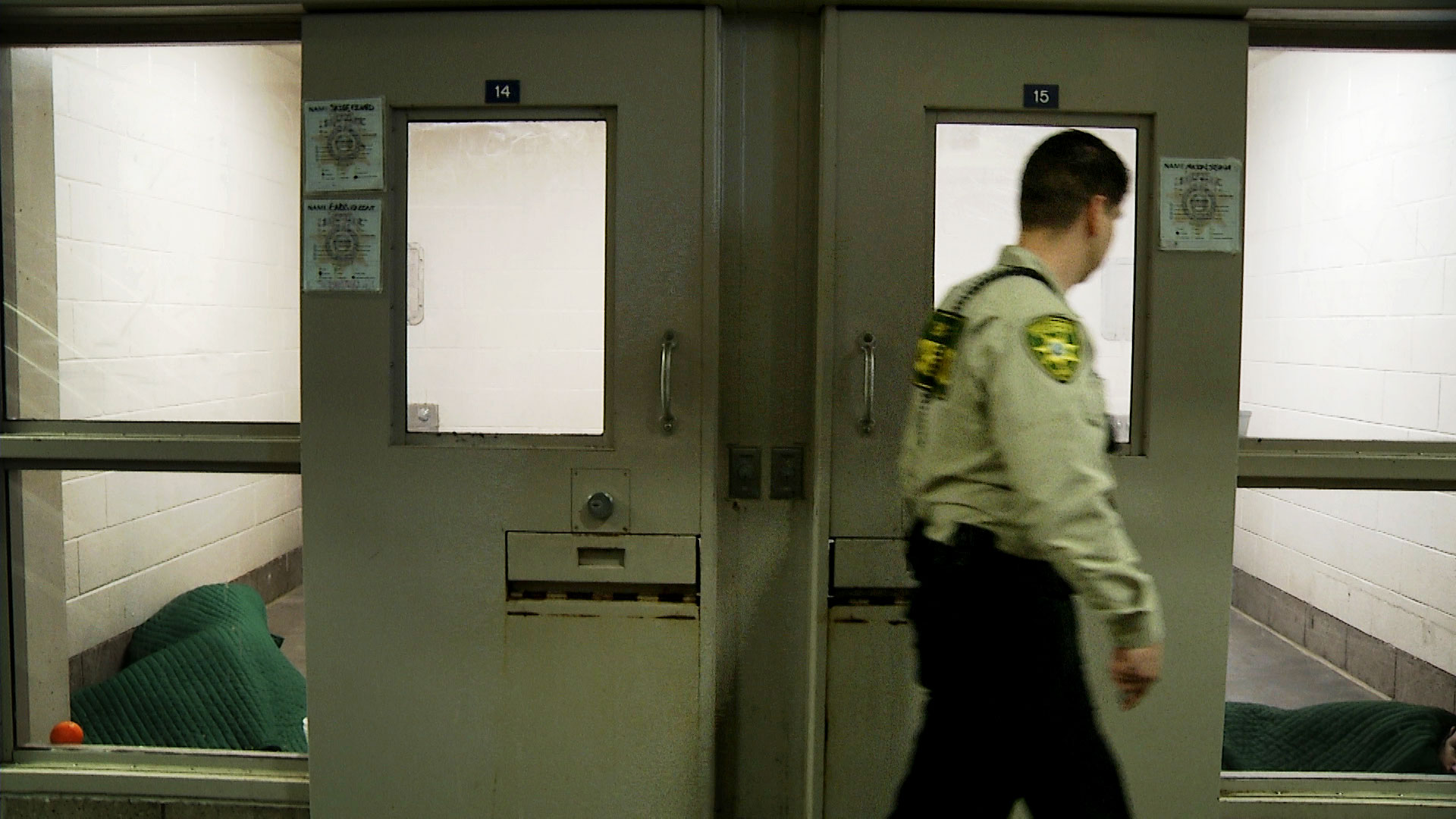 A Pima County correctional officer glances inside a cell at the county jail.
AZPM Staff

Authorities are investigating the death of a Pima County Jail inmate who was taken to a hospital after he became ill.

They say Palacio alerted a corrections officer that he needed medical help on Jan. 10.

Palacio was taken to the jail’s medical unit for further evaluation.

Shortly thereafter, it was determined that Palacio needed to be transported to a hospital.

Due to the inmate’s declining condition, sheriff’s detectives went to the jail to investigate but no signs of trauma or suspicious circumstances were found.

Sheriff’s officials say Palacio’s cause of death is pending an autopsy by the county medical examiner’s office.

New court contract hung up over debate on bail reform Lifeguard shortage leaves some Tucson pools closed Trump endorses investor Masters in Arizona Senate primary
By posting comments, you agree to our
AZPM encourages comments, but comments that contain profanity, unrelated information, threats, libel, defamatory statements, obscenities, pornography or that violate the law are not allowed. Comments that promote commercial products or services are not allowed. Comments in violation of this policy will be removed. Continued posting of comments that violate this policy will result in the commenter being banned from the site.