Tucson air base could deploy troops if Ukraine is invaded

Some units from Davis-Monthan are included among the 8,500 troops placed on heightened preparedness for deployment. by Associated Press Tweet 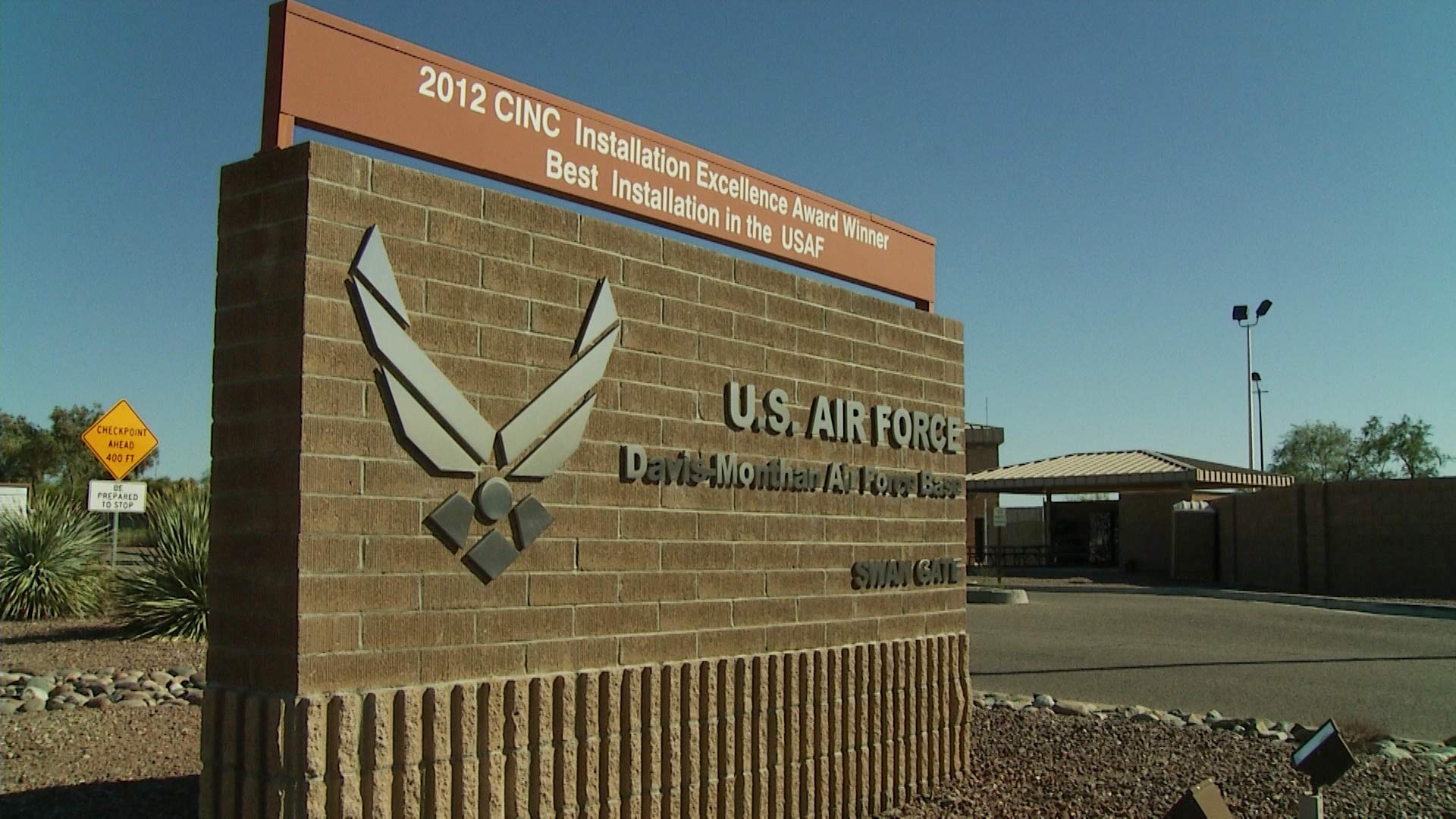 The sign at Tucson's Davis-Monthan Air Force Base.
AZPM Staff

Davis-Monthan Air Force Base in Tucson is among military installations the Department of Defense has identified as having troops that could be deployed if Russian forces invade Ukraine.

Pentagon Press Secretary John Kirby made the announcement during a news conference Thursday.

Some units from Davis-Monthan are included among the 8,500 troops placed on heightened preparedness for deployment if Russia invades Ukraine.

Other military installations with units put on heightened preparedness include Fort Bragg in North Carolina, Fort Campbell in Kentucky, Fort Carson in Colorado, Fort Hood in Texas, Fort Polk in Louisiana, Robins Air Force Base, Fort Stewart in Georgia and Wright-Patterson Air Force Base in Ohio.

Intelligence gathering incorporates social media in Ukraine Ducey orders crews to fill gaps in border wall The Buzz: Primary Election 2022 is in the books
By posting comments, you agree to our
AZPM encourages comments, but comments that contain profanity, unrelated information, threats, libel, defamatory statements, obscenities, pornography or that violate the law are not allowed. Comments that promote commercial products or services are not allowed. Comments in violation of this policy will be removed. Continued posting of comments that violate this policy will result in the commenter being banned from the site.