After being slightly edged out by Hidalgo, Texas, for tomato imports in 2017, Nogales has maintained the top spot since then. by Murphy Woodhouse, Fronteras Desk Tweet 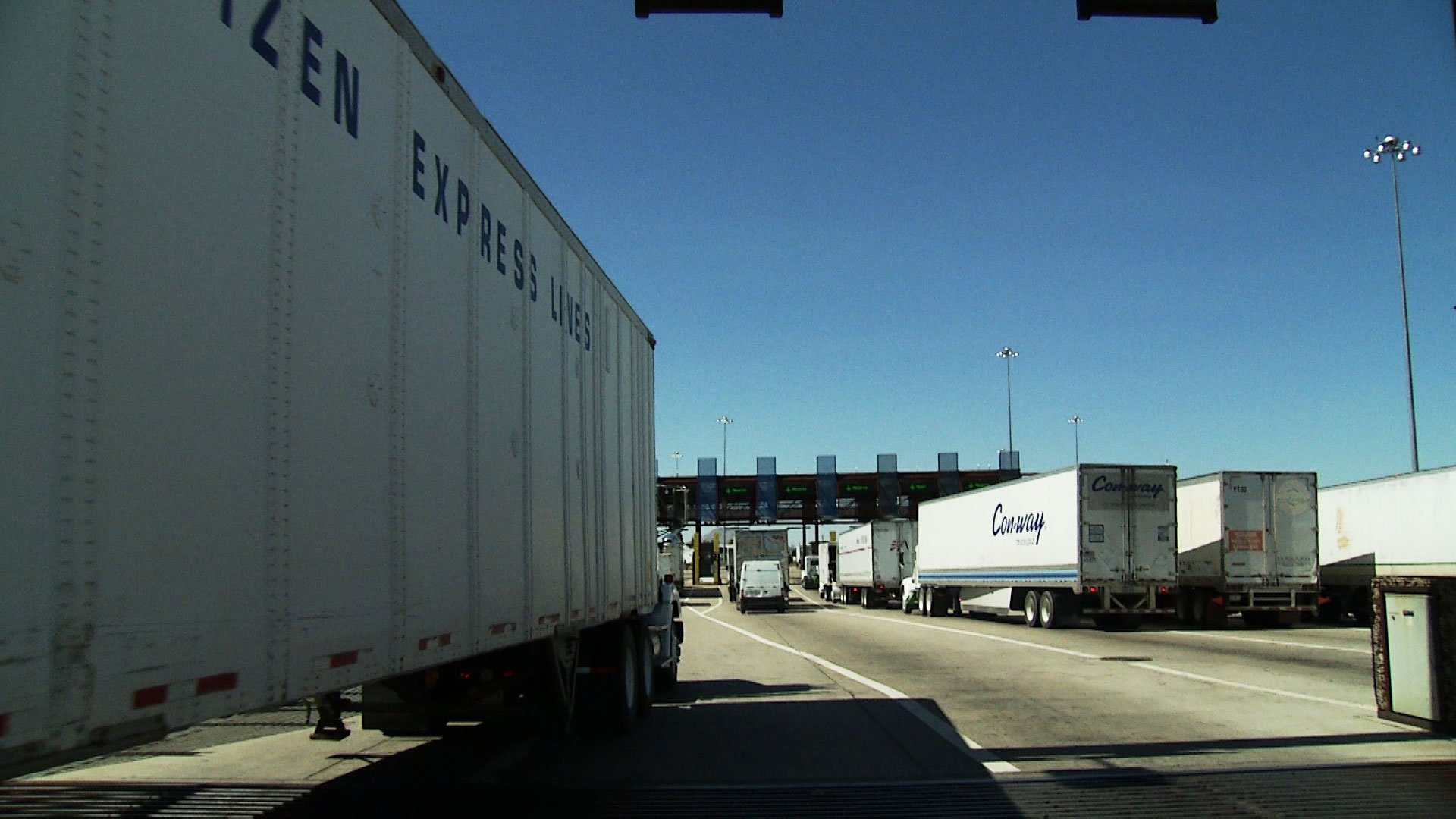 Commercial trucks travel through the Mariposa Port of Entry in Nogales.
AZPM Staff

Well over $3 billion worth of fresh Mexican produce crossed into the United States through the Nogales port of entry last year.

The roughly $3.4 billion in total fresh produce through the single Arizona port represented just shy of 20% of the value of all Mexican produce imported into the United States last year.

The tomato has long been one of the most valuable imports for Nogales, and nearly $700 million worth of them crossed through there last year, the highest figure on the border. In 2017, Nogales was bested slightly by Hidalgo, Texas, for tomato imports but has maintained its top spot since then.

Tucson sets up hotline for homeless people Study says Arizona isn't doing enough to protect consumers from high medical debt Real estate, rents continue to climb as housing crunch continues
By posting comments, you agree to our
AZPM encourages comments, but comments that contain profanity, unrelated information, threats, libel, defamatory statements, obscenities, pornography or that violate the law are not allowed. Comments that promote commercial products or services are not allowed. Comments in violation of this policy will be removed. Continued posting of comments that violate this policy will result in the commenter being banned from the site.