One would require petition signatures to come from all 30 legislative districts. The other would require support from 60% of voters to pass. by Associated Press Tweet 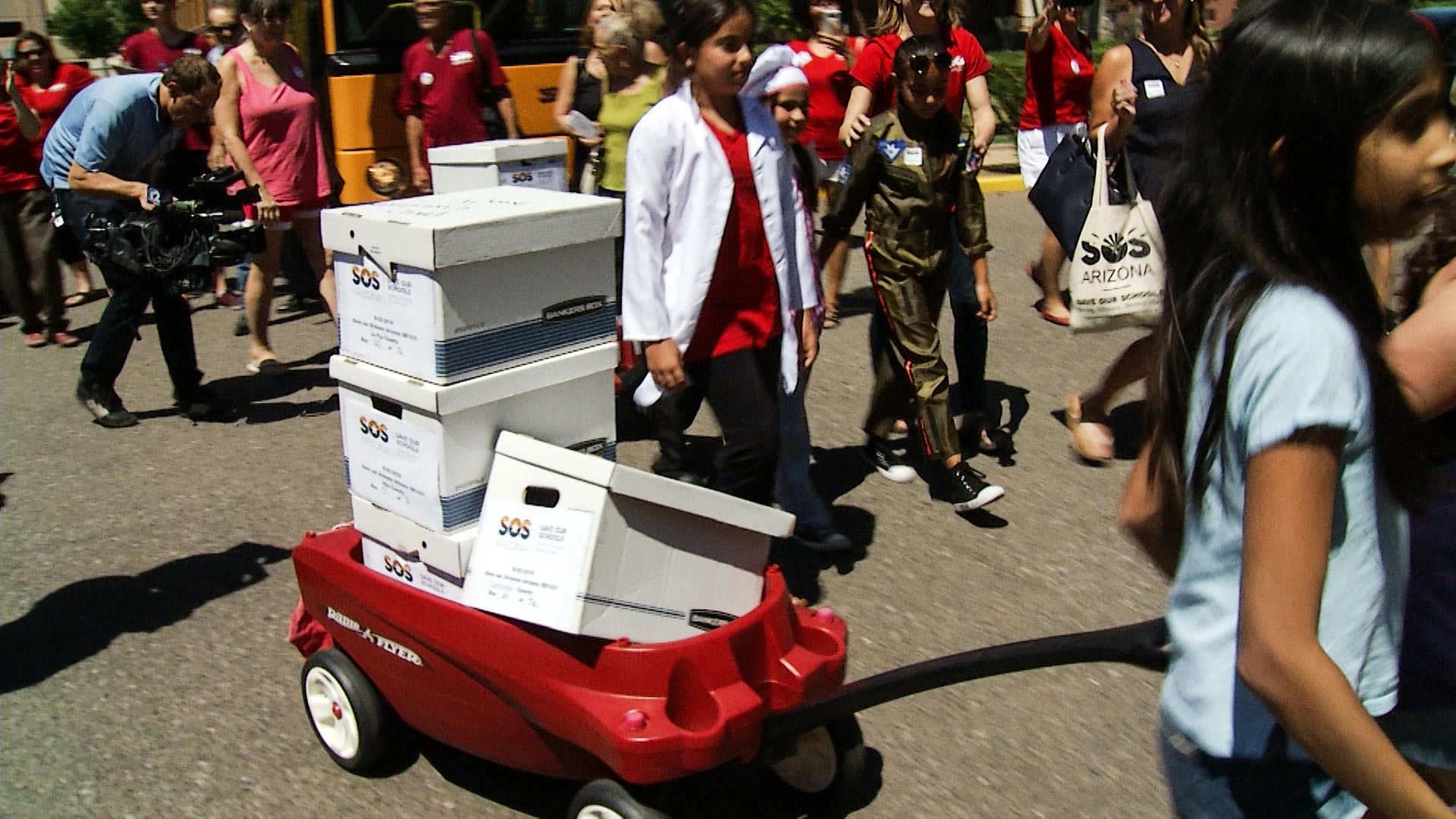 The group Save Our Schools delivered more than 111,000 signatures to temporarily suspend a law expanding school vouchers in Arizona.
AZPM

Qualifying initiatives for the ballot and getting them passed by voters would get harder under legislation advanced in the Arizona House.

The measure approved Wednesday is the latest attempt by Republican lawmakers to rein in a procedure that’s created laws opposed by the GOP and business interests.

One would require petition signatures to come from all 30 legislative districts. The other would require support from 60% of voters to pass.

Democrats say they're an attempt to block voters from enacting laws Republicans disagree with.

Arizona lawmakers approve bipartisan $18 billion budget Salmon drops out of GOP primary race for Arizona governor Republican lawmakers propose expanding state court of appeals
By posting comments, you agree to our
AZPM encourages comments, but comments that contain profanity, unrelated information, threats, libel, defamatory statements, obscenities, pornography or that violate the law are not allowed. Comments that promote commercial products or services are not allowed. Comments in violation of this policy will be removed. Continued posting of comments that violate this policy will result in the commenter being banned from the site.