One bill would allow concealed permit holders to carry guns into most public buildings and has repeatedly failed in recent years. by Associated Press Tweet 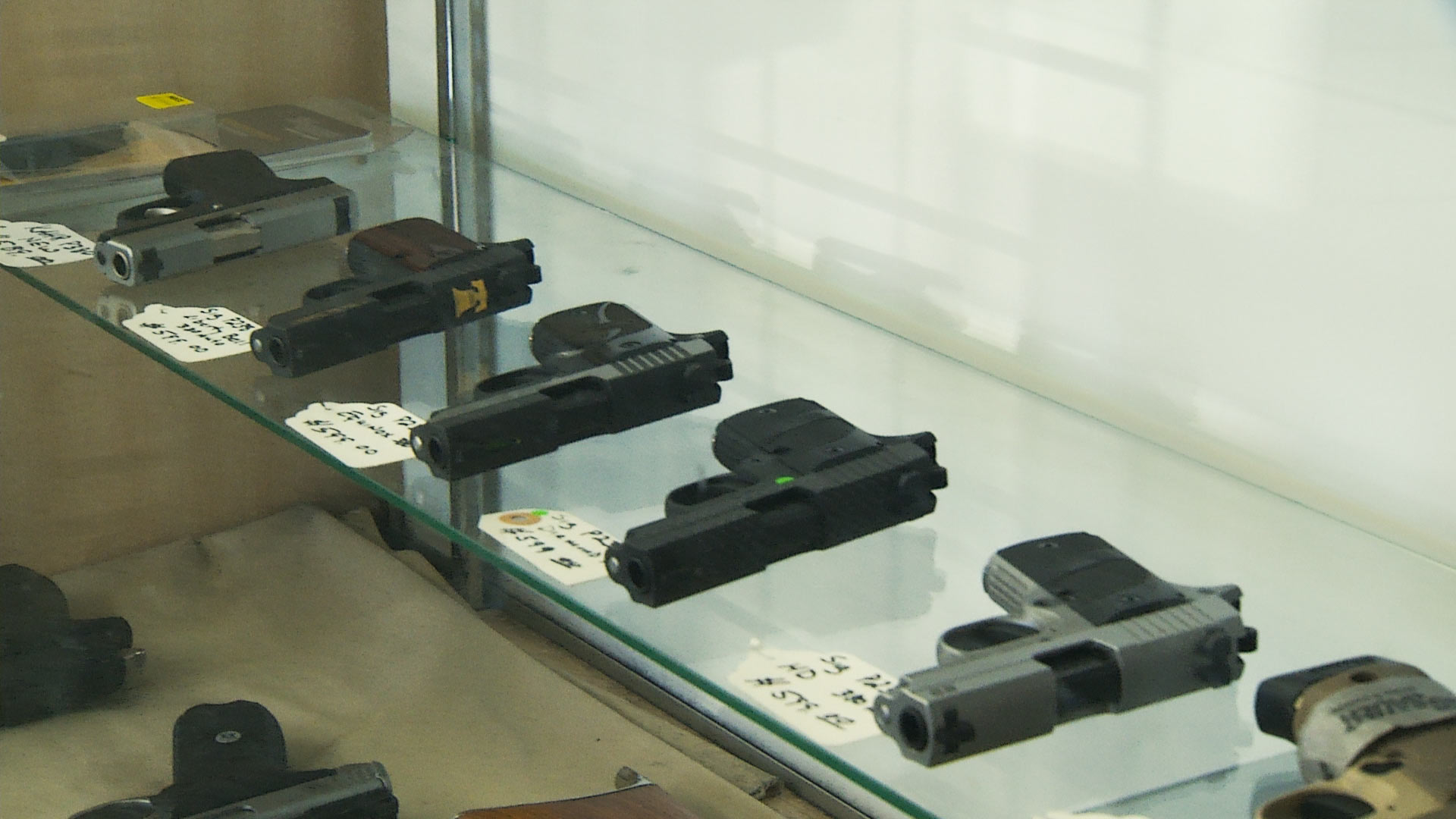 Guns on display in a Tucson store.
AZPM Staff

A bill approved Thursday allows guns in libraries and many other public buildings and another allows loaded firearms in vehicles on school grounds.

Arizona has some of the least restrictive U.S. gun laws. But GOP lawmakers work each year to ease remain restrictions.

Rep. Jacqueline Parker's proposal for guns on school grounds did not make it out of the Senate last year.

Pima County to offer gun locks Arizona House GOP backs universal school voucher expansion Arizona lawmakers approve bipartisan $18 billion budget
By posting comments, you agree to our
AZPM encourages comments, but comments that contain profanity, unrelated information, threats, libel, defamatory statements, obscenities, pornography or that violate the law are not allowed. Comments that promote commercial products or services are not allowed. Comments in violation of this policy will be removed. Continued posting of comments that violate this policy will result in the commenter being banned from the site.