University of Arizona parks Russian robots due to conflict 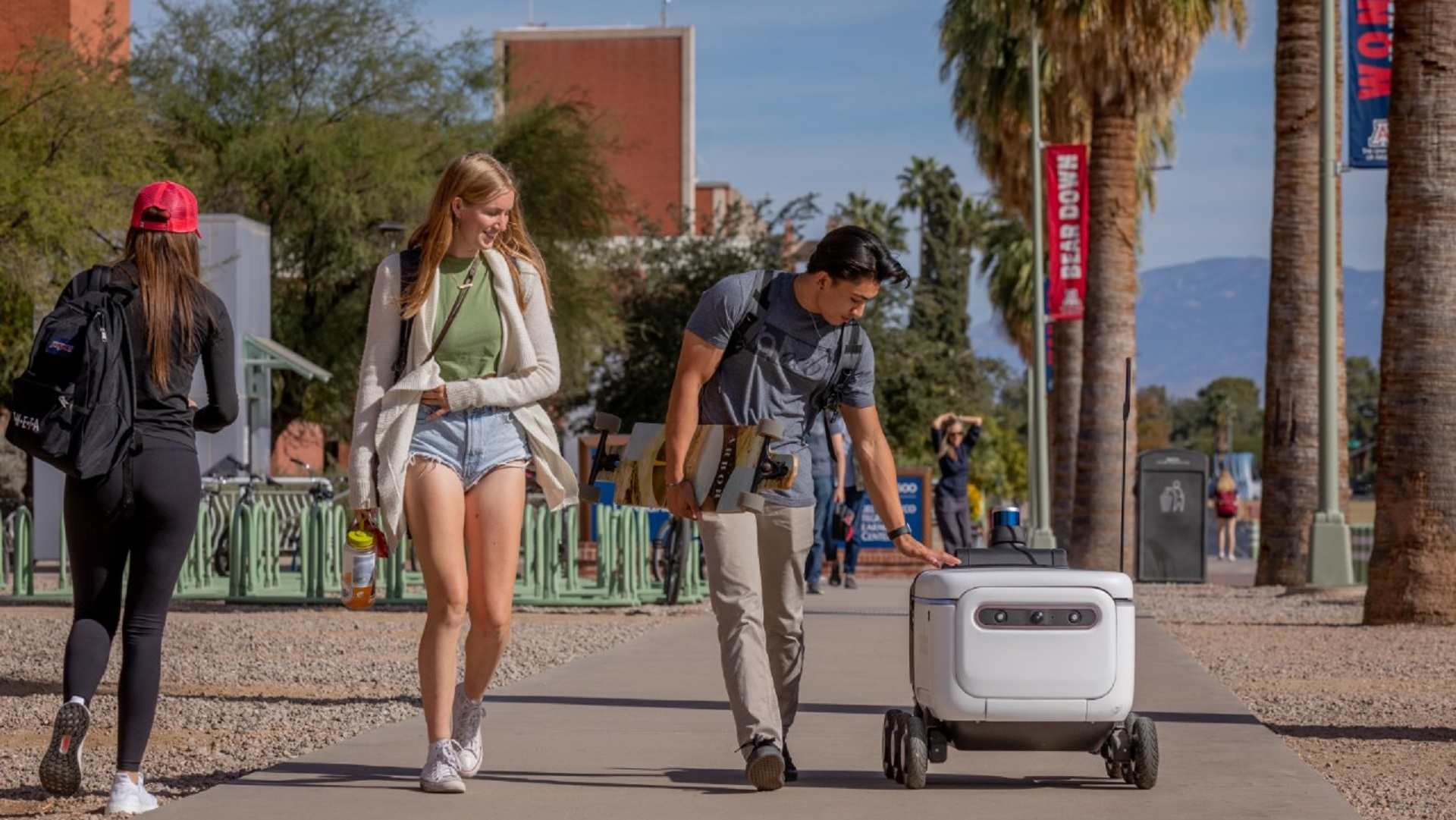 Russian-made robots are being sidelined at the University of Arizona.

Since November, autonomous vehicles the size of large coolers have been wheeling across campus delivering food orders for Grubhub.

The UA Student Unions announced Thursday the robots, built by the Russian conglomerate Yandex, will no longer be used as the university and the delivery service look for a new hardware provider.

A social media post by the student unions management says the change is "due to the invasion of Ukraine by Russia."

The post says Grubhub will continue to provide delivery service across campus in the meantime.

The University of Arizona was the second campus to adopt the autonomous delivery system, following Ohio State University. OSU has also "retired" the robots on its campus.

Asteroid Apophis serves as target practice for space rock hunters Asteroid hunters find a telescope testing center near Tucson Indigenous students to get full University of Arizona tuition
By posting comments, you agree to our
AZPM encourages comments, but comments that contain profanity, unrelated information, threats, libel, defamatory statements, obscenities, pornography or that violate the law are not allowed. Comments that promote commercial products or services are not allowed. Comments in violation of this policy will be removed. Continued posting of comments that violate this policy will result in the commenter being banned from the site.