They each made the transition from discouraged loan officer to government worker at pivotal times for the housing market. by Megan Myscofski Tweet 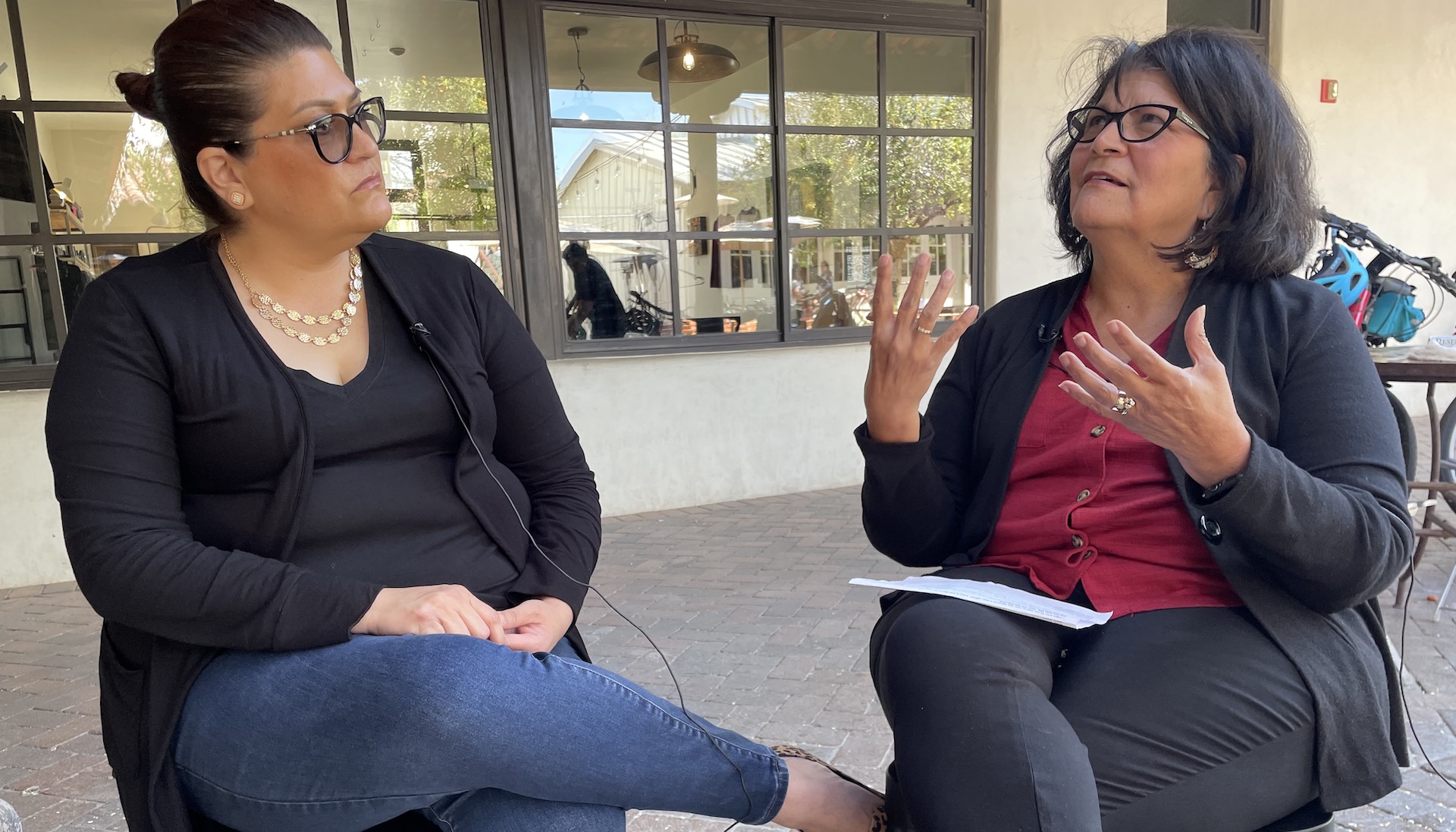 Olga Flores and her mother Betty Villegas have a conversation about their time working in housing at the Mercado San Agustin.
Megan Myscofski/AZPM

Olga Flores took almost the same path as her mother Betty Villegas, without really meaning to.

More from this series

This story is part of a series about housing in Southern Arizona.
Part 1: Rental and downpayment assistance only go so far in tight housing market Part 2: Former Pima County constable says her job became significantly harder after the eviction moratorium was lifted Part 3: Tucson mother and daughter reflect on time spent working in housing

Both have been loan officers, and both crossed into government work when they felt they weren’t helping the people they wanted to help enough. Betty made that change in the late 90s, and Olga just before the pandemic.

Now, Olga is a HUD-certified housing counselor and Betty heads the housing authority in South Tucson. They’ve both served on several boards and commissions, and both of their stories with housing start with a mariachi band.

We sat down with them at the Mercado San Agustin earlier this month.

The song at the end is "Barrio Viejo," performed by Olga Flores.

Tucson brings in few affordable housing programs through federal tax credits The water came back James Webb Telescope scientists dive into interstellar study
By posting comments, you agree to our
AZPM encourages comments, but comments that contain profanity, unrelated information, threats, libel, defamatory statements, obscenities, pornography or that violate the law are not allowed. Comments that promote commercial products or services are not allowed. Comments in violation of this policy will be removed. Continued posting of comments that violate this policy will result in the commenter being banned from the site.