Among legislation signed Wednesday is a ban on abortion after 15 weeks of pregnancy. by AZPM staff and Associated Press Tweet 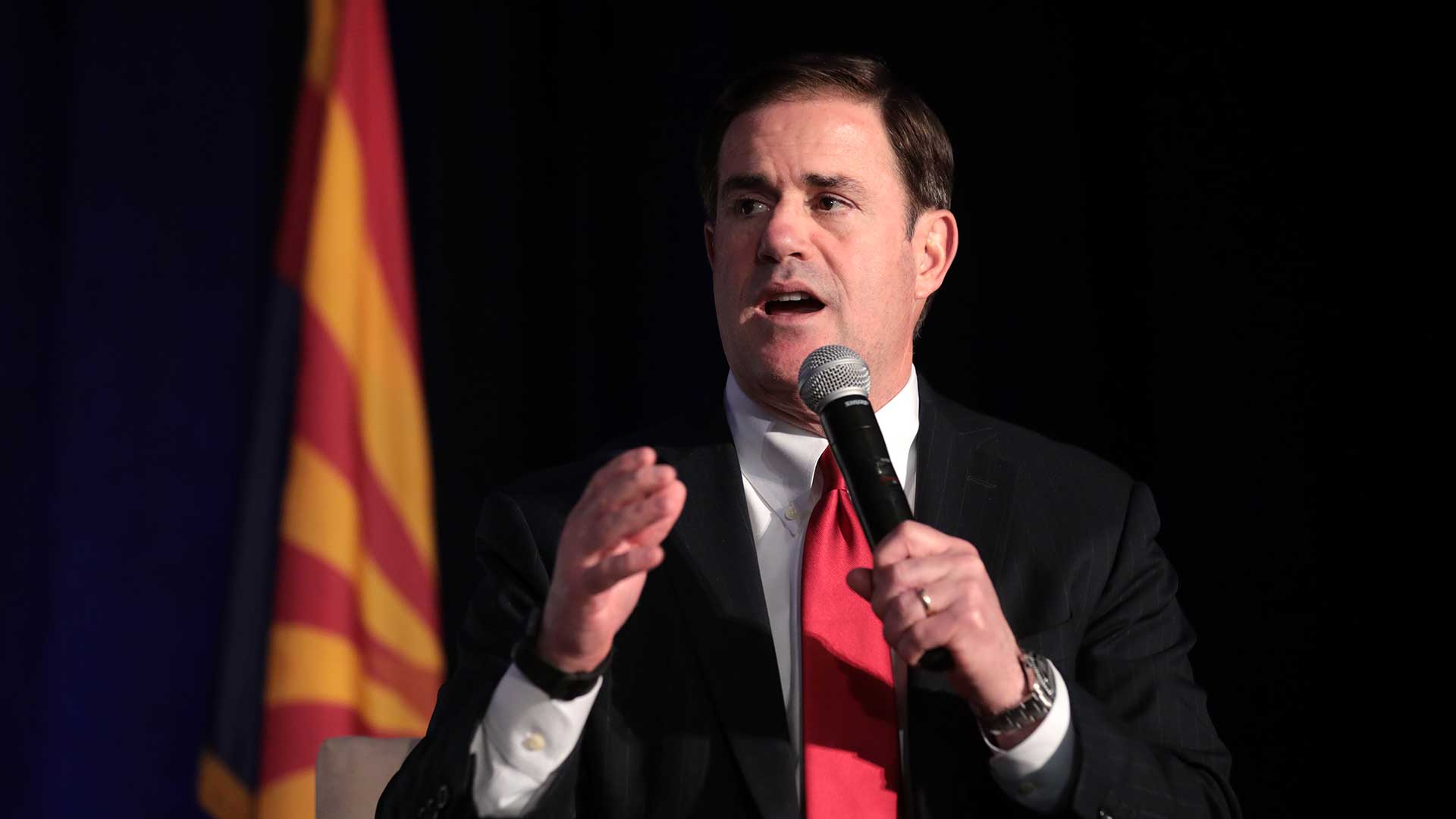 The measures will outlaw abortion after 15 weeks if the U.S. Supreme Court allows it, prohibit gender confirmation surgery for minors and ban transgender girls from playing on girls sports teams.

Ducey is an abortion opponent who has signed every piece of anti-abortion legislation that has reached his desk since he took office in 2015.

He said late last year that he hoped the Supreme Court overturns the Roe v. Wade decision that enshrined the right to abortion.

And in signing Senate Bill 1164 on Wednesday, he nodded to the high court case that is expected to decide the fate of 15-week bans, like Arizona's.

“In Arizona, we know there is immeasurable value in every life – including preborn life,” Ducey said in a signing letter. “I believe it is each state's responsibility to protect them.”

Opponents said the ban would disproportionately impact women with the least access to health care.

“The people of Arizona don’t want this abortion ban. Medical professionals in Arizona are against this ban. Nobody asked for this," said Alexis McGill Johnson, president of Planned Parenthood Action Fund. "But Arizona politicians — including the governor today — are willfully ignoring both public opinion and science with the sole goal of stripping constituents of their constitutional rights."

Shefali Luthra, a reporter for The 19th, explains the SB 1164's potential impact and how it connects to similar legislation around the country. More from Gavel to Gavel

Though Republican governors in Utah and Indiana recently vetoed similar measures and few transgender athletes have ever competed in Arizona schools under existing policies, Ducey signed the bill, writing that it "creates a statewide policy to ensure that biologically female athletes at Arizona public schools, colleges, and universities have a level playing field to compete."

"Other Republican governors have chosen to follow the facts to their logical conclusion — just last week Republican governors in Indiana and Utah vetoed legislation similar to SB 1165, citing concerns over the mental health of transgender kids, the lack of any problem with transgender youth participation in sports, and potential litigation," said Cathryn Oakley, state legislative director and senior counsel at the Human Rights Campaign. "Gov. Ducey has chosen discrimination over protecting the well-being of vulnerable children."

Arizona after Roe v. Wade Tucson City Council passes resolution supporting abortion rights Arizona Senate Democrats force vote on gun background checks
By posting comments, you agree to our
AZPM encourages comments, but comments that contain profanity, unrelated information, threats, libel, defamatory statements, obscenities, pornography or that violate the law are not allowed. Comments that promote commercial products or services are not allowed. Comments in violation of this policy will be removed. Continued posting of comments that violate this policy will result in the commenter being banned from the site.