A-10 in budget crosshairs again

The Air Force is again trying to retire the top plane at Davis-Monthan Air Force Base. by Christopher Conover Tweet 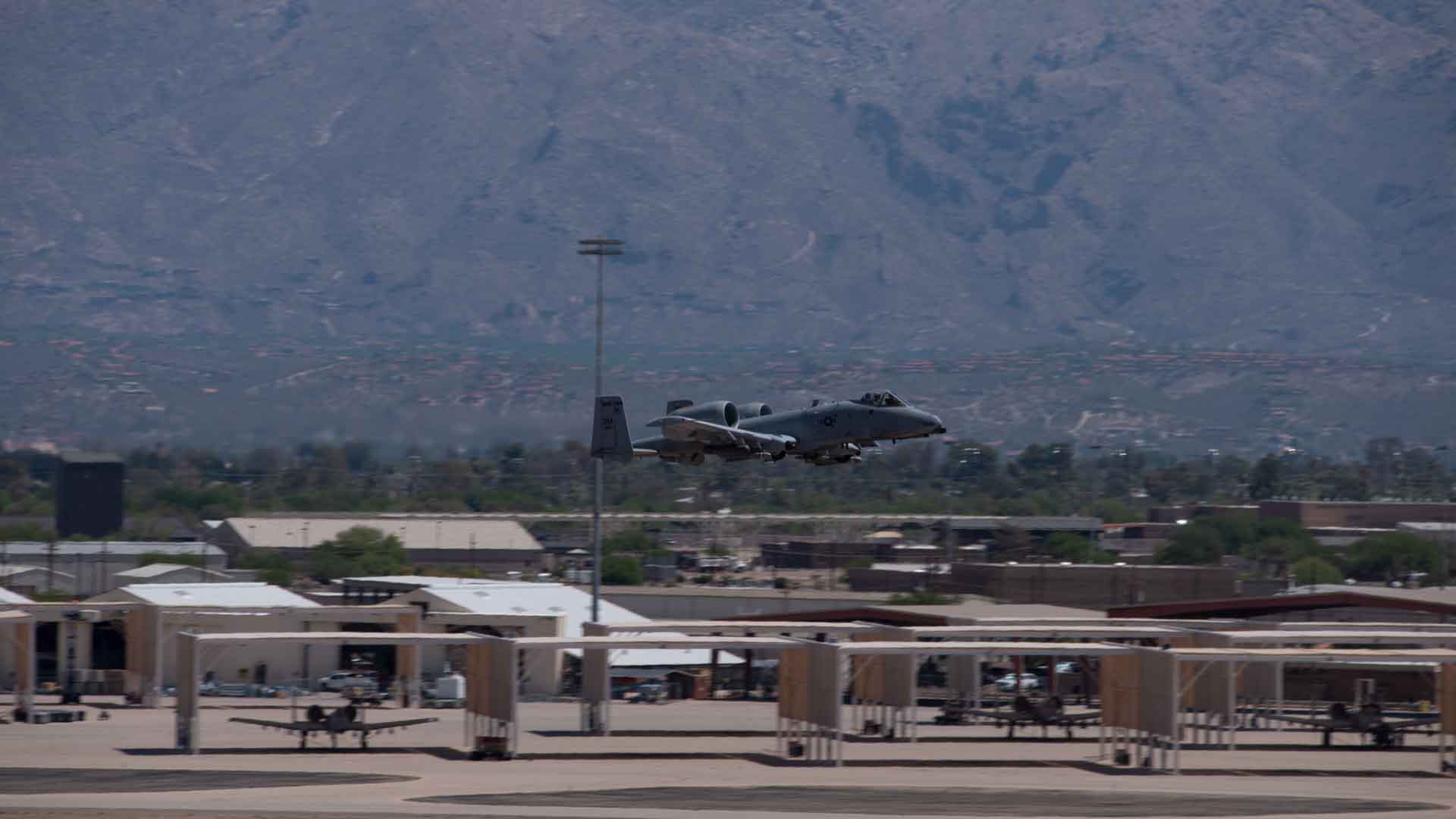 President Joe Biden's budget proposal includes the retirement of more A-10 aircraft. Federal officials say none of those planes would come from Tucson's Davis-Monthan Air Force Base.

Davis-Monthan is home to two A-10 training squadrons and a combat squadron.

Last year, Sen. Mark Kelly got language into the National Defense Authorizations Act that requires the Air Force to notify Congress within 30 days of the President's budget submission with specific details about any retirement of the A-10 fleet over the next five years.

The A-10 was designed as a "tank killer" during the Cold War but found new life during the wars in Iraq and Afghanistan as an effective platform for close air support.

Davis-Monthan A-10s safe A-10 part of Defense spending in Arizona Davis-Monthan big part of A-10 future
By posting comments, you agree to our
AZPM encourages comments, but comments that contain profanity, unrelated information, threats, libel, defamatory statements, obscenities, pornography or that violate the law are not allowed. Comments that promote commercial products or services are not allowed. Comments in violation of this policy will be removed. Continued posting of comments that violate this policy will result in the commenter being banned from the site.