The spring’s flow and its human-made pond dipped drastically in 2020, amid record high summer temperatures and drought, and as construction crews built the border wall. by Alisa Reznick, Fronteras Desk Tweet 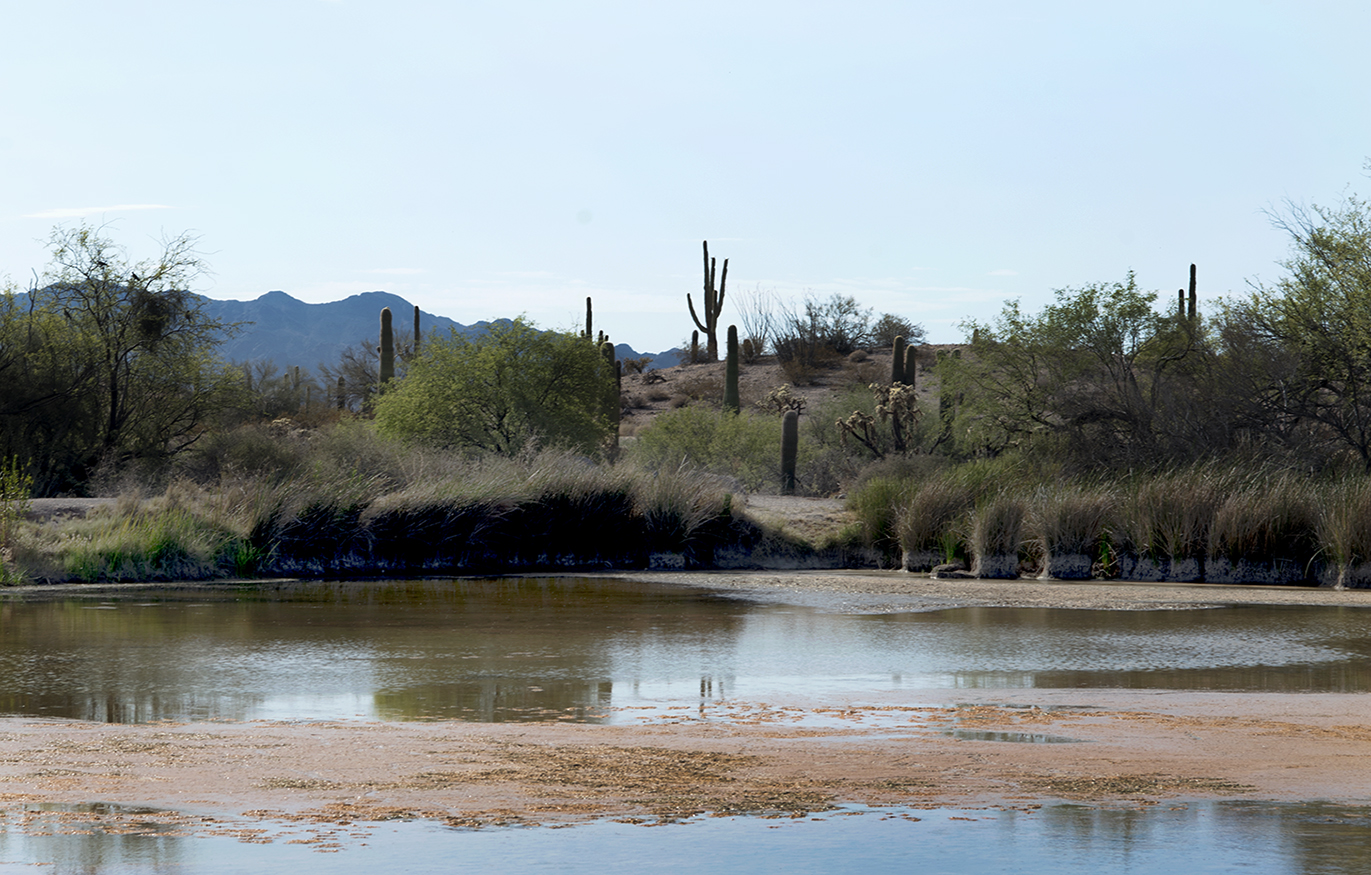 Renewal construction will soon be underway at Quitobaquito Springs, a cherished natural water source along the border at Organ Pipe Cactus National Monument.

Quitobaquito is a sacred site and historic homestead Hia C-ed O’odham, a tribe related to the Tohono O'odham Nation that isn't recognized by the federal government. The spring’s flow and its human-made pond dipped drastically in 2020, amid record high summer temperatures and drought, and as construction crews building the Trump-administration’s 30-foot steel bollard border wall in Organ Pipe began getting closer to the spring. Crews used dynamite to cut through terrain in the park and were pumping groundwater to mix cement.

Lorraine Eiler is a Hia C-ed O’odham member of the Tohono O'odham Nation who works with the International Sonoran Desert Alliance, an environmental and cultural nonprofit based in Ajo. She says the water in Quitobaquito's pond is back up.

"It’s strange, you know, the border wall is all up and they’re no longer pounding or running big trucks or withdrawing water or anything, and now the water’s up," she said.

But a leaky lining inside the pond means the site is still in peril. The new construction, slated to begin this month, will replace it. Eiler's group and other local advocates raised some $100,000 for the new lining and the National Park Service committed additional funds. She says the lining work is estimated to cost around $400,000 and she hopes it's the first step in a longer project at the site. Later work could include re-vegetation of medicinal plants and trees like cottonwoods and willows, and cultural programming for visitors.

Quitobaquito was home to Hia C-ed O'odham families before it was part of Organ Pipe. Eiler says she wants the spring's next chapter to include input from tribal members.

"Putting in educational signage for the general public, having summer youth programs for the O’odham children on the reservation, for our youth ... and just having more of a co-management type thing [with the park]," she said.

Ducey orders crews to fill gaps in border wall Housing options limited for migrants forced to wait in southern Mexico Illegal border crossings fall in July but remain high
By posting comments, you agree to our
AZPM encourages comments, but comments that contain profanity, unrelated information, threats, libel, defamatory statements, obscenities, pornography or that violate the law are not allowed. Comments that promote commercial products or services are not allowed. Comments in violation of this policy will be removed. Continued posting of comments that violate this policy will result in the commenter being banned from the site.