When her son died, a woman turned to gardening. Now, she feeds her entire community

Fournel started the "farm stand", as she calls it, in the summer of 2020. by NPR/Alejandra Marquez Janse, Amy Isackson Tweet 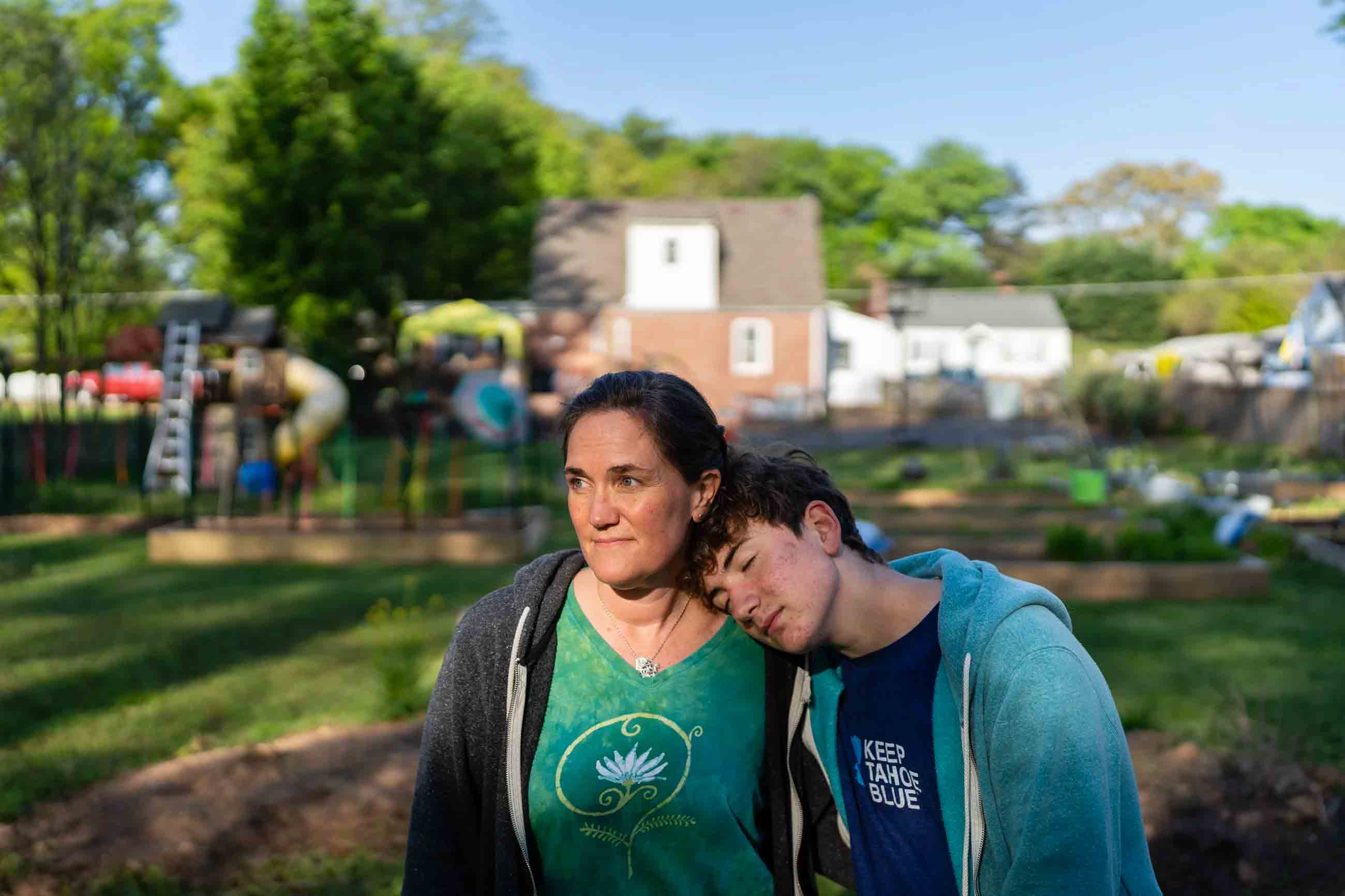 Almost every Saturday morning, Jenna Fournel pulls an old wooden table into her front yard and piles it with about 30 pounds of produce.

It all comes from her garden and is free for anyone to grab. There might be greens, eggplants, mini-watermelons, beans or peppers; whatever is in season. Oftentimes, there are also homemade breads and muffins, herbs and flowers.

"It's just lovely, like you drive by [and] it just looks like this beautiful bounty of generosity," said Lisa Delmonico, a neighbor who lives right down the street.

Fournel started the "farm stand", as she calls it, in the summer of 2020, and it eventually became a place where neighbors could interact safely during the pandemic. 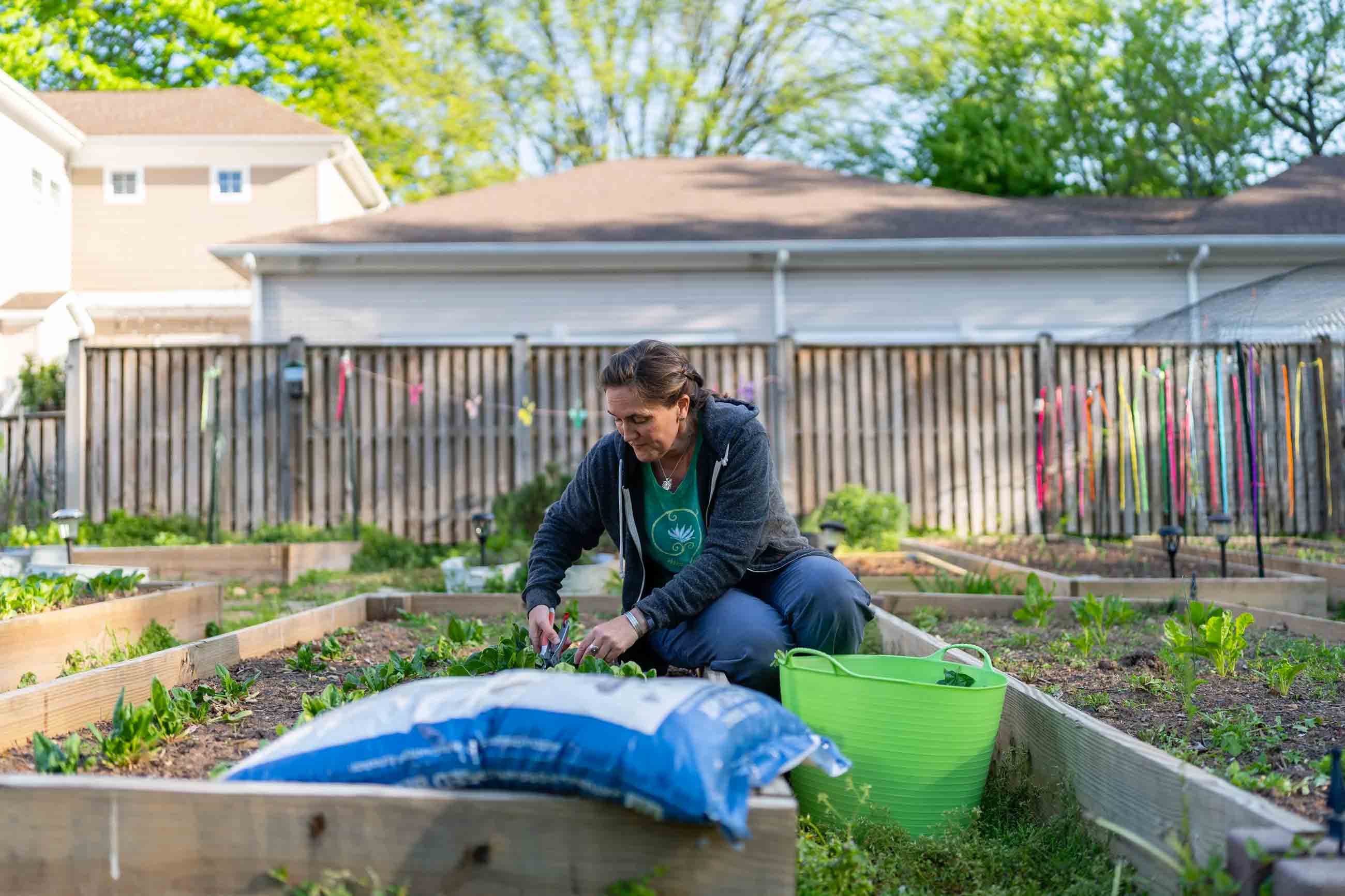 The seeds for the effort had quite literally come from a garden that she tends with her 14-year-old son, Leal Abbatiello, and her husband. Her youngest son, Oliver "Oli" Abbatiello, used to help out too.

"It was probably 2018 when the boys were really old enough to start doing their own things in the garden, planting some of their own seeds, and we planted a lot of flowers. That was the first year that we had a bunch of flowers," she said.

The family lives just down the road from a pet store that also used to house an animal shelter. That summer, Oli, who was in love with animals of all kinds, had the idea to use the flowers to raise money for those animals. They cut the flowers, put them on the curb and sold them. 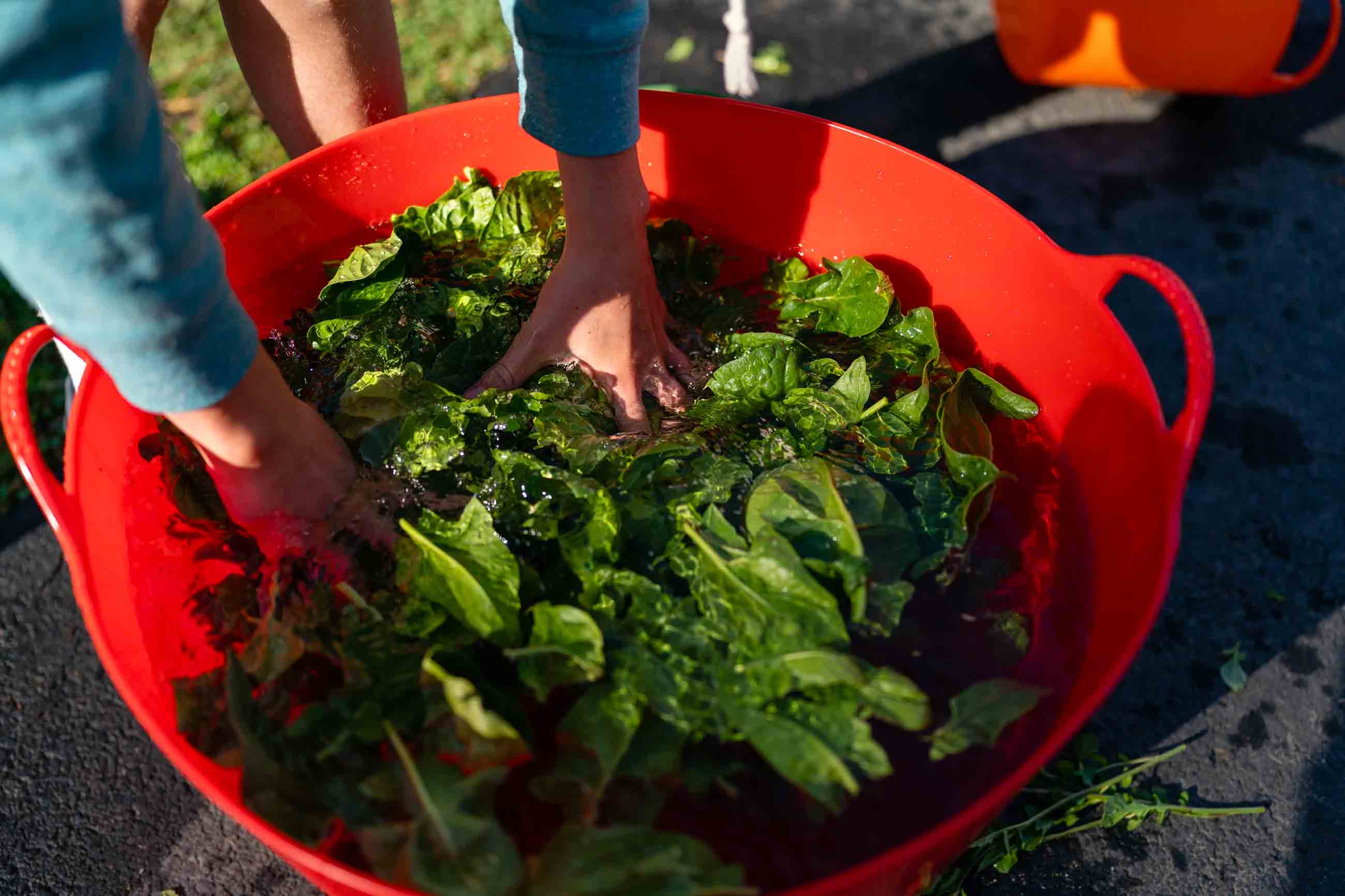 The flower market was a success, and the brothers took their profits to the shelter.

It wasn't until a couple years later that the family returned to the idea of sharing their bounty. Though this time, it was rooted in grief.

In the fall of 2019, the family took Oli to the hospital for what they thought was a stomach bug. It turned out to be adrenal insufficiency, a condition that rarely happens in children.

"[It was] something that nobody had diagnosed or anticipated was happening with him, and so it was a complete shock to all of us that it happened, and sort of was something that was really diagnosed after he died," Fournel said. "So he was here one day and then he wasn't the next." 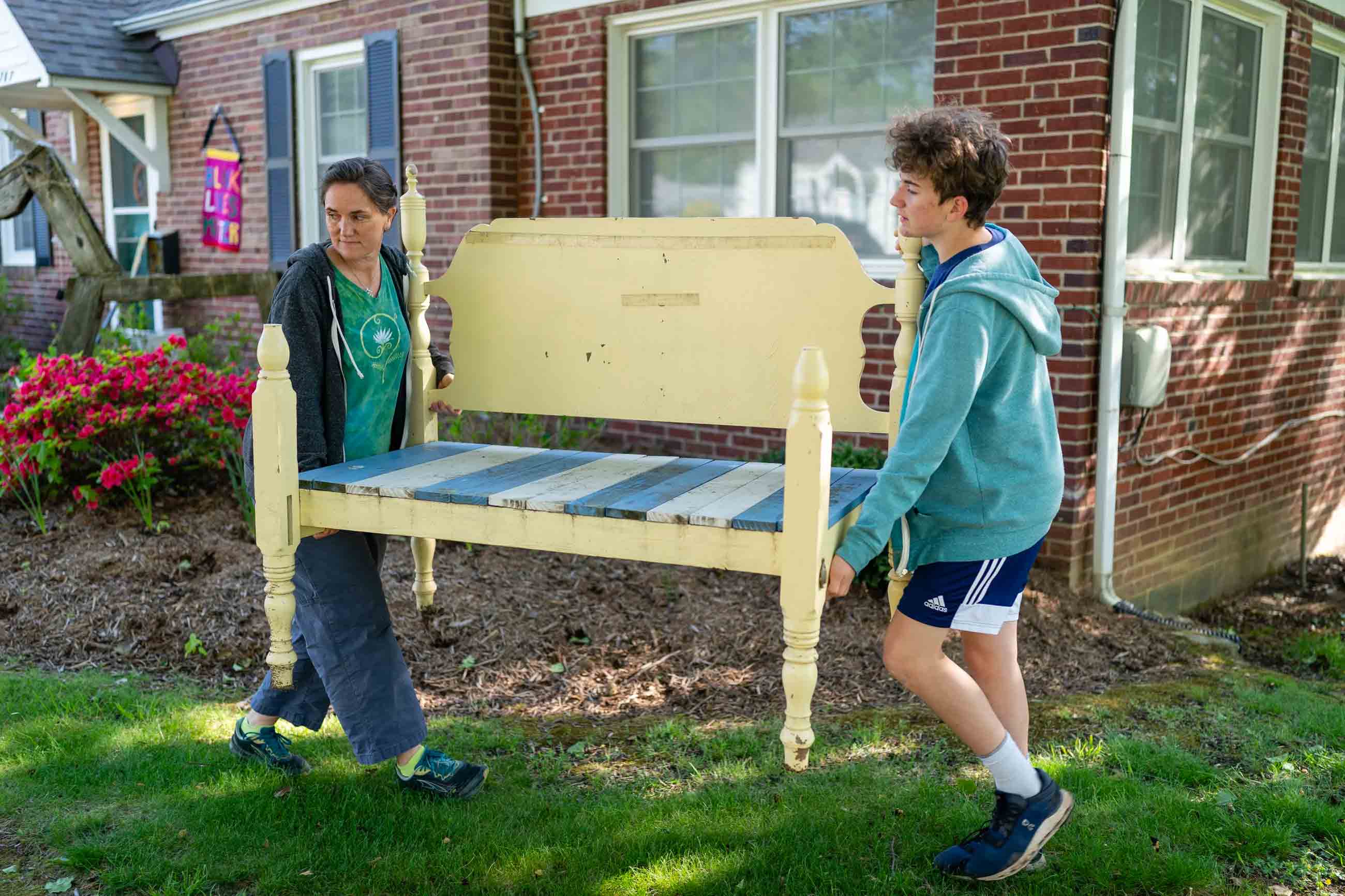 Jenna Fournel and Leal Abbatiello, 14, carry a daybed frame to display their produce at their home in Alexandria, Va. on April 30, 2022.
Eric Lee for NPR

"What enabled, I think, all of us – my husband and my oldest son and I – to survive those really hard early days was the fact that our community was so here for us," she said. "People brought us food for months, people checked in all the time; and I was so struck by the ways in which a community, both people that I knew but also strangers, just lifted us up."

While grieving their loss, the family realized they needed something to keep their hands and minds busy. It was around this time that Fournel remembered one of Oli's school assignments that was returned to her after he died. He had been asked to write about what he would do if he got $100. 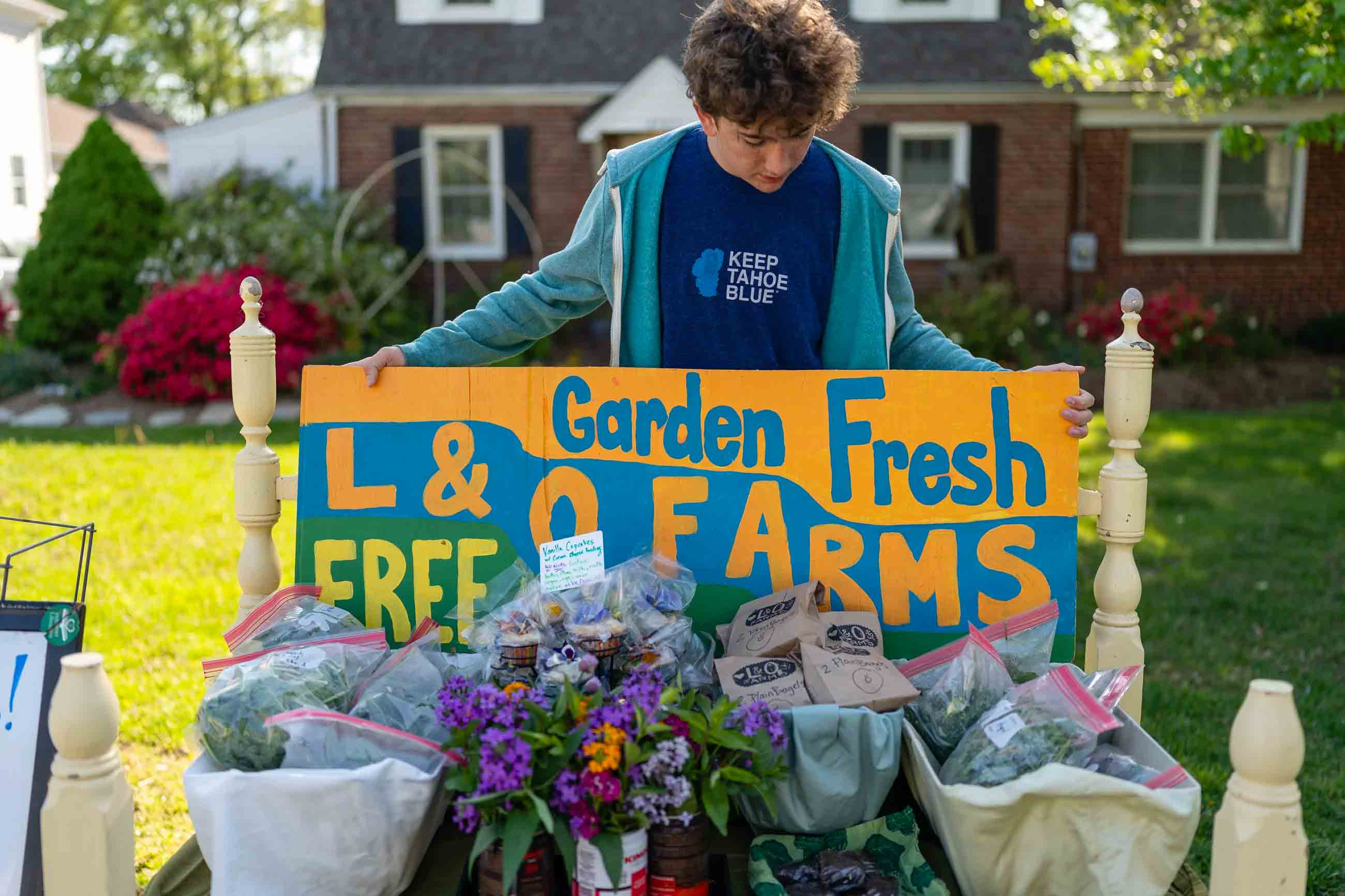 Leal Abbatiello, 14, inspects the display of produce before community members come at their home in Alexandria, Va. on April 30, 2022.
Eric Lee for NPR

"He talked about how he'd use that money to buy dog beds, leashes and food for dogs that needed homes," Fournel said. "And we thought, what's a way to keep that spirit of loving kindness alive in our own lives and for others?"

That question inspired the family to expand the garden, which Oli had loved, and share its goods with others. They broke ground, and as they pondered on where to send the extra food that would eventually grow, the pandemic forced the world into lockdown.

Suddenly, Fournel and her son Leal had a lot of time to garden, but the support system that had been present during their time of grief was gone.

One day, while they were working on the garden, they decided to name it. 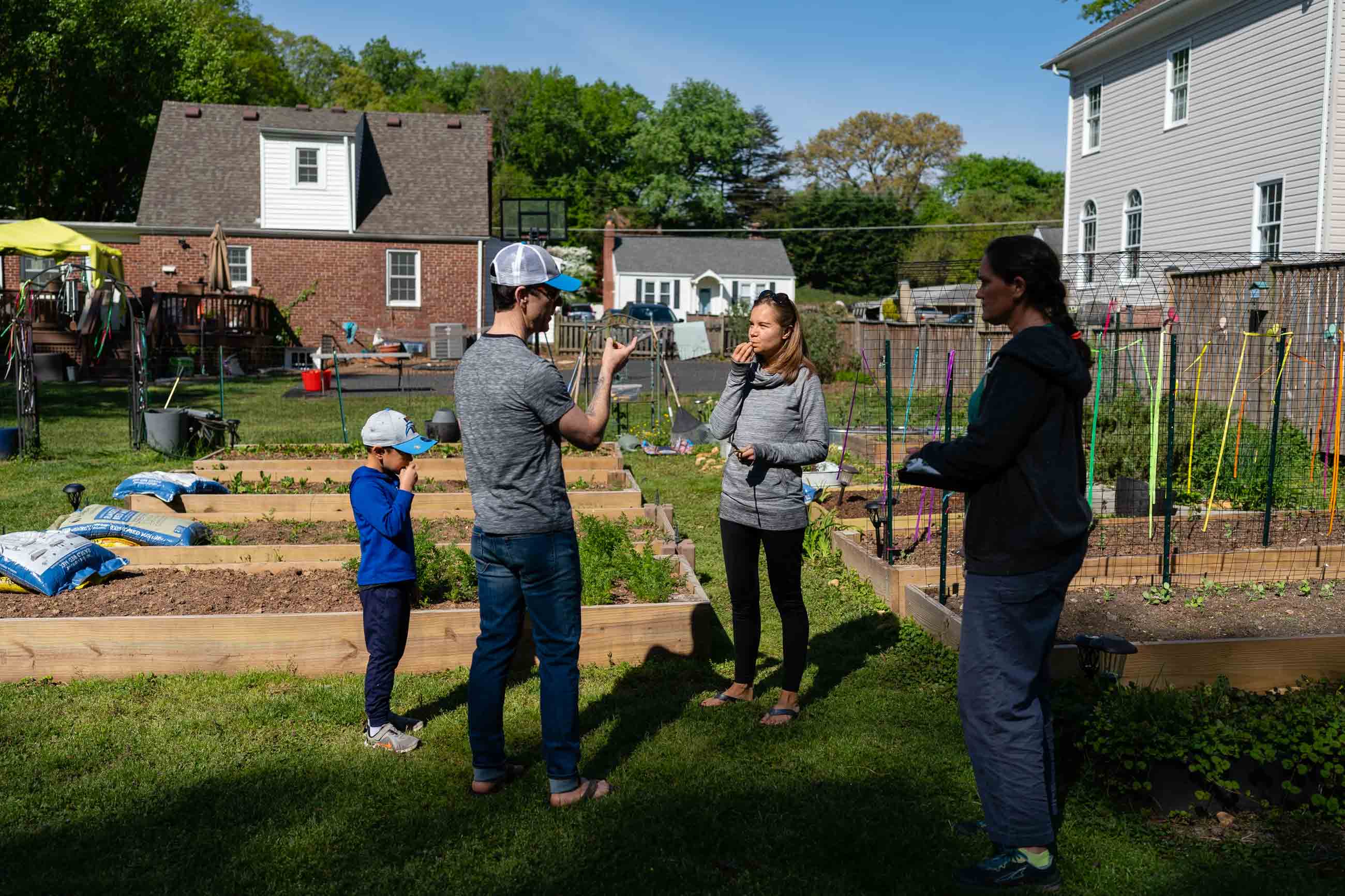 With the name decided, they painted a sign, designed stickers for the produce containers, and put out the boys' old picnic table with the produce.

"It was slow at first," Leal said. "No one really came. No one knew about it. But slowly, people have made it a habit of every week, every [Saturday] morning, they come by and they get some produce."

Neighbors who'd lived near each other for more than a decade met for the first time at the farm stand.

"Suddenly the isolation of COVID felt less isolated because we had created this space for getting to know people and building our own new stories for ourselves in our lives, at a time when we really needed that, and I think everybody did," Fournel said. 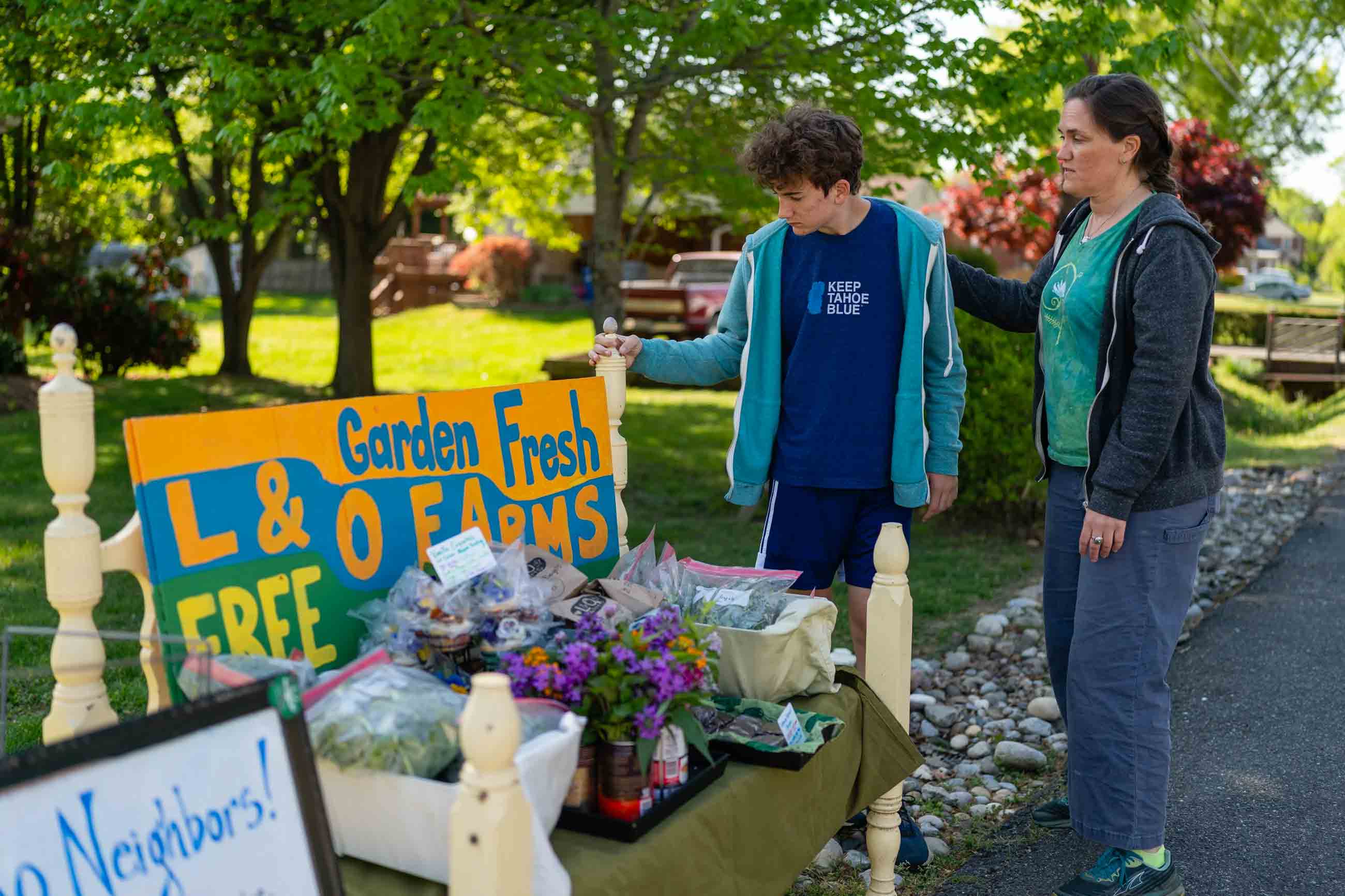 Some of the neighbors have gone on to plant their own gardens with seedlings from L&O Farms.

Fournel said one beautiful and hard thing she's learned through the experience is that people are always working to overcome something in their lives.

"When you learn about other people's stories not only do you feel less alone but you also feel more called upon to make sure that they don't feel alone also," she said.

And Fournel knows she's not alone. As the family works in the garden, they're reminded that Oli's spirit is with them every time they hear the twinkle of a wind chime that was hung in his memory.

This story is part of our Community Changemakers series. If you want to nominate someone who selflessly brings joy and change to your community, please share their story here.

“Not here for some agrarian fantasy” A 105-mile-long city will snake through the Saudi desert. Is that a good idea? The water came back
By posting comments, you agree to our
AZPM encourages comments, but comments that contain profanity, unrelated information, threats, libel, defamatory statements, obscenities, pornography or that violate the law are not allowed. Comments that promote commercial products or services are not allowed. Comments in violation of this policy will be removed. Continued posting of comments that violate this policy will result in the commenter being banned from the site.